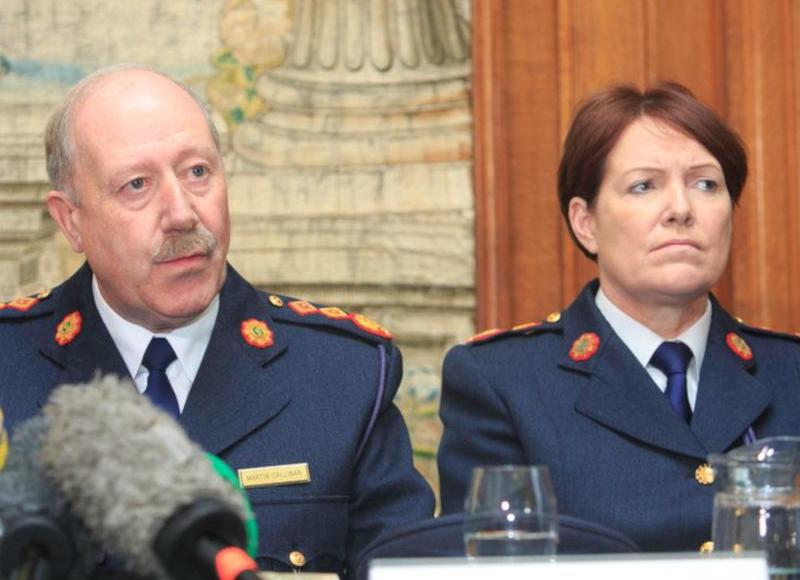 Thanks to Pat Flanagan for his article in the Mirror, excerpted & abridged here:

Up to 50 secret bank accounts, money laundering, fraud on a massive scale… and this is just the police force!  While we might not be able to compete with Nigeria and Zimbabwe, after the latest Garda revelations we are getting there:

Name another country anywhere in the world that can boast a police force that used an actual laundry to launder money that should have gone to the State.

Find me another nation where law officers could falsify up to one million breath tests and still keep their chief in her job.

Did I mention the 14,700 wrongful convictions and the smear campaigns against gardai who tried to highlight wrongdoing?  Each one of those wrongly convicted can now sue the State for damaging their good name in combined claims that could run to tens if not hundreds of millions of euro.

“There are and will always be crooked cops but to have a crooked police force, that’s something else…”

It’s not that the public are not concerned about the never-ending Garda scandals, it’s just that they are finding it hard to keep up to speed with the new ones.  Still the disclosure that the laundry at the Garda Training College was being used to launder money is straight out of the Police Academy movies.

Think about it: the institution charged with training cops to uphold the law collecting rent of €124,903 for land belonging to the taxpayer and keeping the cash that should have gone to the State at a time when the country was on its knees.

And it gets better, for there was another account held for laundry and services, where 37% of the funds were spent on meals, entertainment, contributions to charity or to parish clergy, and the golf society.

It has now been revealed there was as much as €5 million sloshing around in up to 50 bank accounts.  This week an internal audit into Templemore Garda training college recommended a host of changes. Why not a host of charges?

Sinn Fein TD David Cullinane claimed the college accounts were effectively used as “a slush fund.”  Had these goings-on taken place in a private company the Garda would be investigating and not a team of accountants.

But this is Ireland where corruption is so endemic that it is almost impossible to find the line between lawmakers and lawbreakers… if indeed there is one.

What is even more worrying is the auditors couldn’t give an assurance the financial controls at the Garda College were compliant with public procedures or the Garda Financial Code. So we can’t even be sure anything has changed.

Noirin O’Sullivan told the Oireachtas Justice Committee it has not been established why almost a million false breath tests were recorded.  Could this systemic falsification of figures have anything to do with the fact that bonuses were paid for increased numbers?

The Commissioner sincerely apologised for the “grave mistakes” and “wrongdoing.”  This being corruption central, no one says words like fraud, crime, or criminal activity… such descriptions are only applied to the guys in tracksuit bottoms who sell drugs and steal cars.

For years we wondered why there were so few convictions for white-collar crime; the latest revelations provide all the answers we need.

Is it any wonder the public have lost confidence in gardaí when there are 17 separate inquiries, investigations, reviews and reports being carried out into a police force that is one-third the size of London’s Met?

There are also Garda internal section audit reports and disciplinary reviews, GSOC reports, Oireachtas Public Accounts Committee and Independent Policing Authority hearings.  Ireland is by the day becoming less a republic than a series of tribunals, investigations and inquiries.

To think the breath test scandal came about because of an anonymous tip-off from a reserve who didn’t like what was going on when it didn’t seem to bother the regular force.

But if people are expecting change they shouldn’t hold their breath….

Editor’s note: imagine if a family in the USA were driving down the street and saw the “cop car” in front of them hit a bump, and then a machine gun flying out of the back, only to have the local cops act nonchalantly as if this was something that happens all the time….