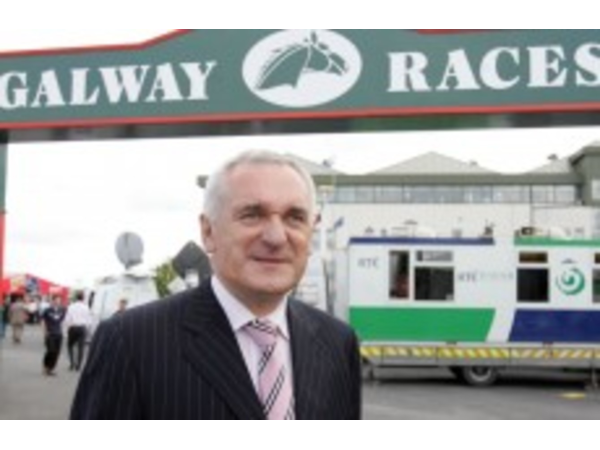 As we speak the Stroker Fahy is preparing for prison on Tuesday. His 97 year old mother is taking up residence in Galway with a far out cousin of Bertie’s.

Does anybody out there remember the Stroker McSweeney? This guy came in from America two years ago under Government approval – as Chief Adviser of Science and Environment to the Government. He turned out to be a Walter Mitty – the PhD was created by no less than Podge and Rodge. This man was let go – I ask – Why was he not charged with Corruption too?

This evening I heard Frank Short speak with Mary Fahy on Drivetime RTE Radio 1. This man spoke of his 27 months caged in prison as a result of two Gardai, both now sacked. Frank Short spoke of his long letters of help to Ministers at Dail Eireann and the failure to reply. His wife had to get a cleaning job to feed their family. He felt no bitterness – Mr. Short even sympathised with the families and wives of the Gardaí concerned. This is humanity and forgiveness.

There is hope in the words of Frank Short to clean the sewers of Irish society now. Corruption and Denial and Inequality need to be broached and dealt with – Let us too never forget John Carthy, on that Holy Thursday in Abbeylara.

Let us not forget tonight the Wheelock boy in Dublin, the Rossiter boy from Clonmel, and Gary Douch who was butchered to death in a 6 man cell in Mountjoy prison 6 months ago – when nobody helped.

Last week, there was a lightening strike of a Criminal Justice Bill which would have a severe impact on the Civil Rights of the people of Ireland. Luckily, a halt was put to it at the Last minute by Minister for Justice, Aengus O’Snodaigh for Sinn Féin; this facilitated barristers and solicitors to consolidate their views.  Now we await and see.

“Justice delayed is Justice denied” – It is my understanding that the death of a person in suspicious circumstances puts in place the procedure that finds it way to the DPP if the evidence is sufficient. Then the duty is for the DPP to apply the 50/50 rule. This concerns an outcome that goes forward to the appropriate court or is laid to rest.

I would like to remind people of a very tragic and sad happening before Christmas. The Evening Herald reported a young woman in Kilkenny who had been found dead in her home; her mother, a psychiatrist, was found semi conscious. The young girl, it was though,t had died from head injuries. The mother still remains within the psychiatric care of St. Patrick’s Psychiatric private hospital in Dublin. Months have passed. I ask the question why the silence?

Tonight I ask the question why is poor Fahy going to prison for one year on Tuesday when we have had Paddy the Plasterer, Mick the Slip, Bertie and Manchester, McDowell the junior counsel for Owen O’Callaghan who is heavily involved in the Mahon Tribunal.

For the last 3 years McDowell has spoken about the criminality in the Republican Movement and Michael – you are right; you shared power with them = The Republican Party and Bertie is the Chief of Staff. It makes Slab Murphy look like a leading member of the Legion of Mary and Pat O’Neill the patron saint of Ireland.

Back to serious stuff – rushed law is bad law, ask any Judge or former prisoner?   When 140 barristers including Ivana Bacik, Reid Professor Law at Trinity College Dublin,  it is advisable to take it seriously. If the Mad Mullagh gets away with this, we face next the ID card scheme (similar to Berlin in 1939) and even your Jack Russell will have to have his ID or else it is the PD Pound for him.

Let’s wake up tonight and get the name PD (Progressive Democrats) right; to the ordinary Irish citizen it means prevention of democracy but for some D4 and D6 elite it means protection of personal power and dynasty. What is the answer? I don’t know – this country is steeped in corruption.

Last night Superintendent Fitzgerald was arrested in Co. Galway. It is alleged that he was under the influence of alcohol and was driving an unmarked state car – I am saddened for him family. He is only 1 month in the job as Head of Traffic for the West of Ireland region.

Durkheim the Sociologist wrote about Anomie, a form of suicide. Mental health to me can be summed up in one word and that is ‘anomie’. It is when the sensitivities of human beings clamber for air and participation in a society that sees them as leeches.  Yesterday – I listened to yet more words from Dr. Owens – the Mental Health Commission. Why are these people who are in a position of power and can make changes, so removed? Why do psychiatric patient HSE services have half the Government allocation of funds other departments have; that diminishes each year, over the last few decades?  Why are the mental health conditions in the prison so primitive?  Anomie in the 18th century conjured up apathy and out of this came the most horrific asylums like Bedlam in London. This was the place that people (gawkers) would go to look to know just what they did not want to be like.  What is different? Anyone who reads the newspapers can see the horrors that our Government are mainly responsible for. It is not as if successful models for the treatment of people with mental health and addictions do not exist but these services you pay lavish sums of money for. In the UK, there is the Priory, Ireland there is St. Patrick’s Foundation hospital where if you have £4,000 per week for a specific duration, a multi-disciplinary team will work on your alcohol problem and mental health difficulties.

Surely the State ought to take example from Psychiatrists and Psychologists who are innovative and hold inherent kindnesses and stop the anomie towards those they see as non productive. Money is needed but compassion also ought to have a place on the Agenda. Communication is essential with ‘us’. Why such fear in those who control the mental health system and distribution of funds?

When 144 barristers feel concerned over a Bill on Justice and Equality?
Sean Gillane is one of the best barristers in this country – McDowell is said to not like him – the mirror on the wall scenario of vanity perhaps.  Tonight I ask the question to all of you who since May of this year; (and this includes your mother, father, brother, sister, neighbour, friend); let’s say the person is out at a birthday party or a wedding whatever and some decide to walk home drunk and disorderly.  The Gardaí appear and tempers flare but now technically two people can be held for 7 days in detention for questioning – this new Bill is not about Gangland, it is about the State having control over all citizens —- Would people out there wake up? We are now back to the Paddy Cooney Fine Gael Heavy Gang days of the 1970’s.

I will close by saying tonight where are all the Civil Rights/Lefties these days? Where are all the Caoimhe Butterly’s, Caitriona Ruane’s; Mary Lou’s, and above all I don’t hear our friend Joe Higgins – Is he under house arrest by McDowell? What is going on?

The other night after 8 pints of Bass in Fagans pub, Bertie went home. In bed he read – the Great Escape and tears came down his eyes – like Yeats missing Maud Gonne and my friend Joe Murray at Ben Bulben, Bertie’s eyes filled with tears missing Cecilia…… Even the cobbler is a far gone memory now.

Before I go, I ask one question tonight – Has Arthur Lowe in Dad’s Army – sorry I meant the Gardai Reserve – have they made an arrest now?  Rumour has it they surrounded a creche in Summerhill last Monday, 50 3 year olds were alledgedly smoking hash. It turned out when the Real Robot Cop came from Mountjoy Station – the toddlers were only playing with paint and doing images from Podge and Rodge of Bertie and the Mad Mullagh.  Time tells us now that we need to face the harsh realities in Ireland and the corruption.

Justice is served in Bertie’s tent at the Galway Races when you bow and say the famous words:

You are the greatest of all Romeo’s Bertie and Thank You for letting me pay €21 million in tax instead of the 480 million that I owed.