Skip to content
This man got 21 months in a Donegal court, a few days ago.  The Judge said that he was arrogant and showed no remorse.  Just have a look at the amount stolen above and just think about the cost of keeping this man in prison.  This will exceed 100,000 euros.  A country on a free fall of total stupidity and mired in bureaucracy.  The bankers broke the country – Billions and Billions  and a banking inquiry that was the biggest circus and laugh in Western Europe.  Loughan House is now, as I have said before the Nursing Home for the few Convicted Bankers who are doing about the same sentence as the man above who stole £440.  They call it proportionate. 2,000 complaints, the Watchdog said, you can multiply that by 20 and the reason I am saying this is that people are scared to complain.  I can assure you that people I talk to on a daily basis around this city and country will tell me that GSOC are unfit for purpose and when you make a complaint in writing your can await the knock at the door and who is standing there:  2 Gardai and they are there to investigate you.  Could someone define the word impartial for me?
We need an outside Agency of qualified people that can take on the Rogue Cops without fear or favour because at the moment the people in this country, that I know, do not trust An Gardai Siochana who are supposed to be there to protect the person and property.

While walking my Persian cat lady the other night I met at TD on his way home.  He began talking about the Commemorations last week at Arbour Hill.  Now take a good look at this photograph and you see the lone figure of the unfortunate Foggy Dew Harris standing in complete ceremony in honour of our Dead against the British Empire which he swore an allegiance to like his father and his whole genetic lineage.  The TD went on to say that he really felt sorry for Harris and that it could have been handled a little bit better.  It would be like asking Gerry Adams or Charlie Flanagan to beat the Orange Drums on the 12th in memory of the Shankhill Butchers.  But, we are all still baffled out of the 70 applicants for the role of Chief Commissioner of the Paddy Police of Ireland, how Flanagan and the muppets chose the Foggy Dew.   Standing ahead of the Foggy Dew I believe is AC Fintan Fanning and he has Harris in the High Court for numerous alleged complaints against him and his character.  This is due to be heard next week.  The undercurrent at Garda HQ must be mind boggling at this stage of the game.  This one will be continued shortly.

The questions around the Margiotta case are not going away. The number one question is whether the investigation and prosecution of a Garda civilian employee and her brother, a doctor, was in pursuit of a genuine concern for law enforcement.

The siblings, both in their 50s, believe it was not justified. Their belief is rooted in a body of evidence that suggests that, at the very least, this investigation and prosecution was highly unusual.

They also believe the whole case was linked to a complaint of bullying that Lynn Margiotta made against a garda three weeks before she was first arrested.

The bare facts: Ms Margiotta, a long-term civilian Garda employee, went through a period of ill health following the death of her mother in 2014. She was absent from work in Store Street Garda Station in Dublin city centre on a number of occasions in the first half of that year.

Many of her sick notes were signed by her brother Tony, a GP who was working between two practices at the time. The gardaí accept that Ms Margiotta was sick on these occasions, but their investigation concerned a suspicion the sick notes were “false instruments”.

Their case was based on the fact that Dr Margiotta signed the notes but used the stamp of other GPs. An academic in the field wrote a report for the gardaí stating that it was not unusual for locums to use another doctor’s stamp while filling out sick certs and that the practice was unregulated.

Yet the gardaí went ahead with a “lengthy investigation” — as reported in one newspaper at the time — into the Margiottas.

This culminated in a trial in Dublin Circuit Criminal Court in March that collapsed when Judge Patricia Ryan ruled that Lynn Margiotta’s rights had been breached.

Had a trial gone ahead, many extraordinary features to the case would have been aired.

When asked about the case on April 16, Garda Commissioner Drew Harris told reporters that he had provided “an initial report at a private Policing Authority meeting last month and obviously there are learning points for us”.

Now, Dr Margiotta has, through Fianna Fáil TD Niall Collins, submitted a list of 59 questions to the Policing Authority about the whole case.

“There has to be some inquiry into this,” says Dr Margiotta.

It is unclear whether any inquiry of any description is being conducted within An Garda Síochána. The Garda press office has stated that the organisation does not comment on named cases.

In fact, the commissioner did comment on the Margiotta case on April 16 and there is no reason why it can’t be revealed whether any inquiry is ongoing.

Why did Harris provide an “initial” report to the Policing Authority?

Was he in full possession of the facts when he reported to the Authority? The Irish Examiner published its story on the Margiotta case on the morning of April 16. Did the commissioner spot some detail in there that hadn’t been included in any report passed onto him?

One disturbing aspect of the affair concerns the expert report into signing sick notes. This was conducted by Colin Bradley, a professor at University College Cork. His report, commissioned by the gardaí, indicated that there was nothing terribly unusual about how Dr Margiotta had conducted himself.

The report is understood to have been completed in February 2015. Arguably, that fatally holed the case being made by the gardaí. Yet they ploughed on.

In the summer of 2015, Dr Margiotta was interviewed under caution on four separate occasions about the ‘sick notes’.

During some of these interviews he was asked about ethical issues in using a colleague’s stamp. According to Mr Bradley’s report, there was no ethical issue.

By that time, Lynn Margiotta had already been arrested. If a decision to terminate the investigation was taken at that point, would a potential issue over wrongful arrest have arisen?

The gardaí furnished Dr Margiotta’s legal team with Mr Bradley’s report in the weeks before the trial in March, some four years after it had been completed.

It may well be that nothing untoward has occurred. Genuine mistakes or a series of questionable judgment calls may have been made. But there are so many questions, many of them disturbing, that answers must be forthcoming.

At issue is the use of the power vested in An Garda Síochána. The Margiottas harbour a genuine suspicion, based on the available evidence, that they were the victims of a shocking misuse of Garda power.

Their suspicion should be either confirmed or dismissed through the establishment of the full facts of the case by an independent entity or body.

More on this topic    This case is far from over,

Fred says, some Gardai involved in this case could end up facing the courts themselves for an Abuse of Power and Collusion.  These are decent people above that have done no wrong but were almost persuaded by certain Gardai to plead Guilty in a district court and all would be well.  Luckily they had the common sense to know that they were being not just set up but Stitched up.  As I said above this case is far from over.

We believe that at least two of the Gardai may be based in the Midlands and the other outside Limerick.  Details at the moment are sketchy but it does show that the level of corruption in the Gardai now must be taken seriously and I have to say today well done to Commissioner Harris on having the balls to make this decision and act swiftly.  I know the investigation was an ongoing one for at least nine months, if not more and I also know that the allegations will be about drug dealing, passing on vital information to gangs, again I repeat, allegations for now and also it is alleged that charges may be brought in relation to money laundering and setting up offshore accounts.  Today will send out a message to every Garda that they are not above the law and that includes 6500 who refuse to sign the Code of Ethics.  The drug culture in Ireland now masses millions a year and I believe there is at least 500 rogue Gardai in Dublin and beyond making a lot of money from the proceeds.  This will be continued again. 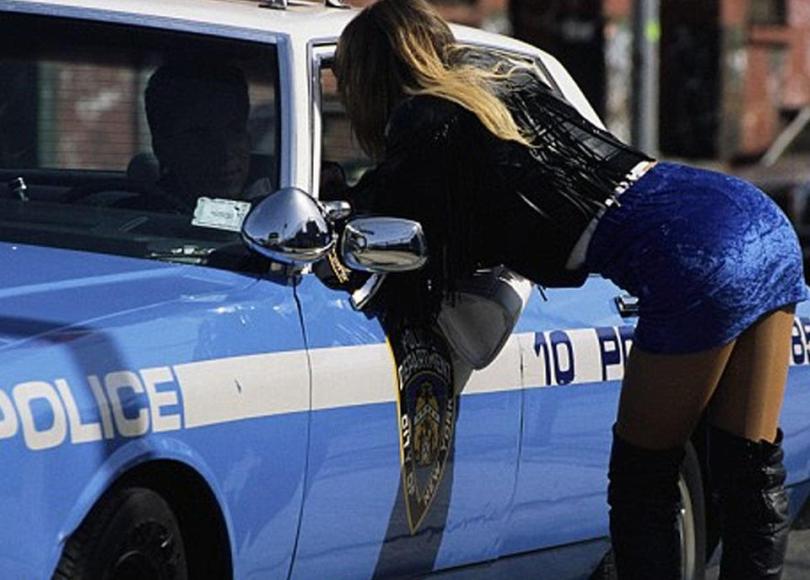 In the last number of years, a top class working lady in the sex trade has stated she has bonked over 100 Gardaí the length and breadth of Ireland: Carla Gabberlover claims she has bonked them in Garda stations, and on the bonnets of squad cards, while they were on duty. 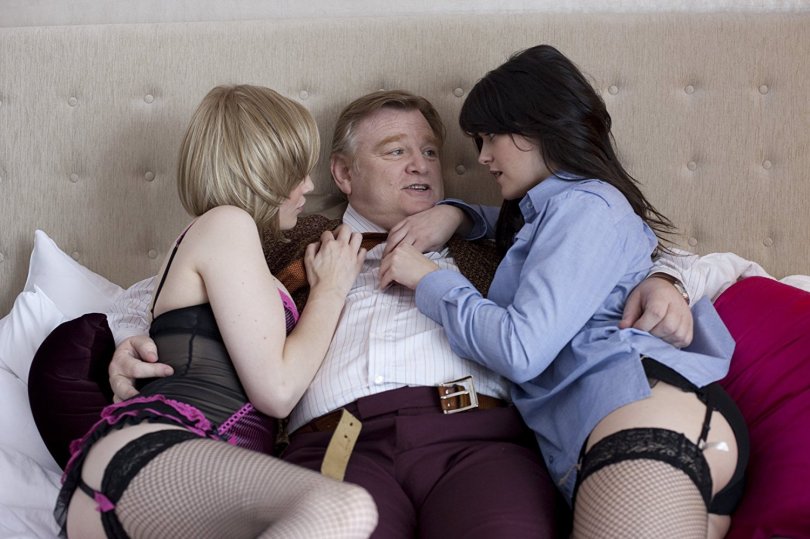 Commissioner Harris stated last week that he is setting up an anti Corruption Squad within the Gardai. I say Stop Stop Stop.  We are back to the old regime again of Gardai investigating themselves.  I will say it again and again – We need an Outside Agency to tackle the rogues and as you see above the Randy cops who want to have their crumpet on daily basis while they are on duty.  This begs the question – What do they get up to under the full moon on night duty.

To conclude today:  I take no pleasure in criticising the Minister or Commissioner but they are appointed by the people of Ireland to do a job and the Gardai are there to be above reproach by any drug dealers, backhanders or hookers.  We need a Police Service not a Force that has too many rogues on the take.