Update 1pm: Justice Minister Charlie Flanagan said today that he wants all the “skeletons out of all the cupboards” within the gardaí.

Speaking at a passing-out ceremony which saw 181 gardaí graduate from Templemore today, he also said that he wants to see a programme of extensive reform across the Force.

He said: “I think she deserves great credit for having that vision, and that energy, to start that very ambitious piece of work at a time when we had lots of other fires to put out.”

The senior management team also faced a litany of questions about the report into the 1.4 million fake breath tests which were recorded by gardaí.

Regarding recent comments from the GRA – that rank-and-file gardaí did not falsify figures but were told to elevate them by management – Deputy Commissioner John Twomey said: “We’ve asked Michael O’Sullivan to find out exactly the detail around the evidence around what they actually said.

“What we’ve said is, we know what they said over the course of one or two or three sentences. We want the details, we want the facts around what they’re actually saying, so that we can consider that in slow time.”

Senior gardaí say the falsifying of breath tests was unacceptable at all levels within the force.

It is the first time senior management has spoken publicly since a report into the controversy was published.

Speaking in Templemore, Deputy Commissioner John Twomey says what happened with the breath tests has damaged the force.

“This is an organisational issue and it’s one the organisation has to challenge,” he said.

“It’s a behavioural issue that is not acceptable for members of An Garda Síochána. It has done damage to the reputation and it’s certainly something that the acting Commissioner and the management team will work day and night to restore.”

Murdered man’s asylum status never revoked despite crimes, Why, The Goverment have a duty to protect the People of Ireland from Violent convicted Criminals. Why no Deportation? 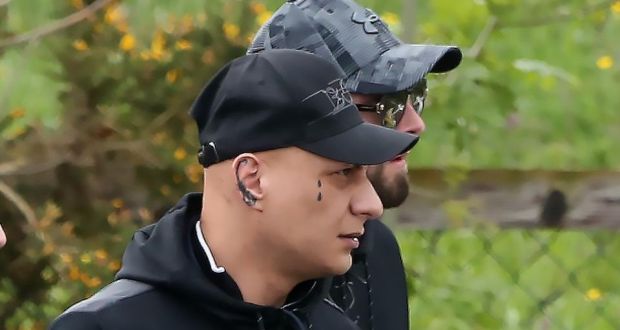 Hamid Sanambar was suspected of involvement in a number of gangland shootings over the past 18 months. Photograph: Collins Dublin

The topics above are worth reading.   Drogheda and the people who live there are in fear.  How can a town be taken over by drug dealers and how did the Establishment allow it to get this far.  Murders or may I say homicide figures are up and they will continue to rise sadly this year.  Violence on our streets is up and knife culture has become part of the Norm in Irish Society.  People are crying out for Gardai to be on the beat yet they are proving to be as rare as the Cuckoo.  In the middle of all this, people need to understand how drug dealers work.  To sell their products, they need buyers, as I keep repeating.  Those people who buy the drugs are from the affluent areas of Dublin south and other affluent areas across the country.

Yesterday I was told of a leaving cert student in a private college who is earning e2000 weekly selling drugs within the school.  It is alleged that his father wears a Wig?  We then have the upcoming court case of Mr Plush Boy Allen in Cork.  This was no personal use case; this was orchestrated, well planned and again one would have to ask how many consignments got through Portlaoise sorting office?  We await the outcome of this case.  In the meantime, the CAB and drug squad officers carried out raids in Dublin and across the country yesterday – this is only the tip of the iceberg.  At times you would wonder if these are just PR stunts before a General Election.  If the Gardai want to regain the respect of the people of Ireland, they must first show respect to the people not Contempt, otherwise when people close down and are not willing to come forward with information the Gardai are stuck in the mud of not knowing where to go.  Respect must be earned and Gardai MUST LEARN THAT WHEN YOU TAKE AN OATH IT IS TO SERVE THE CITIZENS OF THIS COUNTRY AND LET’S NOT FORGET AGAIN THE BRAVE MAURICE McCABE AND HIS FAMILY.