Trust me, Ireland is soon going to become a more honest place. It has been announced that a new statutory offence of perjury is coming before the cabinet for approval. Up until now, the most notable feature of the common-law crime of perjury has been the apparent inability to convict anyone of it. You might imagine that in an age when we can prosecute cyber-crime and international conspiracies, it would be relatively straightforward to establish that someone has deliberately lied under oath. However, that has not been the experience, and the Irish public now realise that the chances of being apprehended for lying in court are almost zero. This is why it sometimes feels as if making exaggerated claims has become a national sport, with… 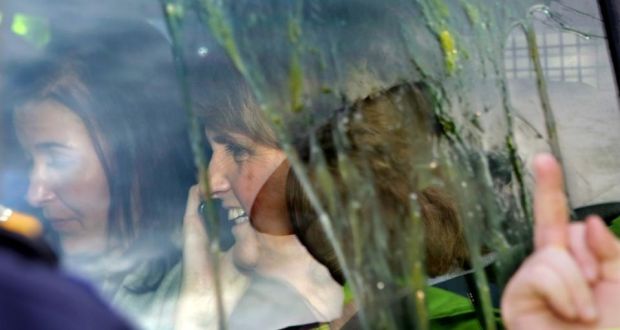 Then tanaiste Joan Burton sits in a Garda vehicle during a water charges protest in Jobstown on November 15th, 2014.

A Garda superintendent has denied being “part of a conspiracy to pervert the course of justice” at a trial relating to events at an anti-water charges protest in Tallaght.

Solidarity TD Paul Murphy and six other men are charged with falsely imprisoning former tánaiste Joan Burton and her advisor Karen O’Connell by restricting their personal liberty without their consent on the Fortunestown Road in Jobstown on November 15th, 2014.

The men deny the charges at Dublin Circuit Criminal Court.

The two woman were allegedly trapped in a Garda car and subsequently a garda 4×4 for up to three hours by a crowd of water protesters after they had attended a graduation ceremony.

Superintendent Daniel Flavin rejected suggestions by the defence that he had made a “false” or “inaccurate” statement to gardaí ­ after the protest, or that his evidence in court had been “incomplete” or “misleading”.

Sean Guerin SC, representing Paul Murphy, suggested the superintendent was “part of a conspiracy to pervert the course of justice”, a suggestion the witnessdenied.

The superintendent was also asked by Mr Guerin whether he was “trying to get a charge preferred against Mr Murphy by the DPP”.

After giving his evidence, the superintendent was asked to read his original statement over lunch and reflect whether he had left anything from it out in his evidence to the jury.

Following the lunch break, Supt Flavin read an extract from his statement to the court, as follows: “I saw Mr Paul Murphy addressing the crowd of protestors, now numbering several hundred, through a megaphone. He was chanting and as a consequence of what he was saying, the protestors became more animated and aggressive. Missiles began to be thrown at gardaí­; I observed sticks, stones and eggs being thrown, missing the jeep and hitting gardaí.”

Supt Flavin denied that this statement was in effect “blaming Paul Murphy for the violence”, saying rather that Mr Murphy had “played a significant part in the events”.

“Was all the violence attributable to him? Absolutely not, to be fair to him,” added Supt Flavin.

But he told the court he believed Mr Murphy had “control of the crowd and they were responding to his actions”.

When questioned as to why he had omitted this part of his statement in his evidence, Supt Flavin said it was just “one part of it” and “there was a lot more happening”.

The superintendent said his priority on the day was getting “the two victims, the two women in the car” out of the area, and ensuring the safety of everyone present.

“Everybody there was at risk,” he said.

He said he felt he had made a “fair statement” and an account of all the facts as he recollected them.

A video was played to the jury showing Paul Murphy addressing the crowd through a loudhailer and saying that there were two options, either to “let them go in half an hour (…) or we just keep her here”.

A woman is then seen taking the megaphone, introducing herself as a resident of Killinarden, and saying, to loud cheers from the crowd: “I vote that we keep Joan here all night. She’s on our turf now and she’s staying.”

South Dublin County Councillor Michael Murphy is then seen taking the megaphone and telling the crowd, “I don’t think staying here is an option.”

Cllr Murphy also told the crowd, “We’ve done what we came to do,” and proposed allowing the 4×4 passage to the Tallaght bypass.

Supt Flavin insisted that he had heard Paul Murphy say in one of his addresses to the crowd, “Will we let her go, or will we keep her here all night?”

However, he accepted that there was “a lot more said” in the video footage of the incident.

He agreed the video showed Paul Murphy and Michael Murphy raising their hands when the councillor put a second vote to the crowd proposing that they slow march the then-tánaiste’s car to the bypass.

He further agreed that what Cllr Murphy told the crowd was “the assistance you (the Garda) needed” to clear the area, and that this ultimately is what happened.

Mr Guerin said that if there was no video footage, “the unfortunate Mr Paul Murphy would have a hard time persuading the jury that the gardaí ­ weren’t telling the truth.”

He also said it was “not the first time” that a Garda witness had come to court and failed to give evidence that was in their statement.

Separate footage was also played to the court showing Cllr Murphy pushing a garda in the chest with both hands and hitting the bonnet of the Garda 4×4 with the flat of his hand repeatedly.

Frank Donaghy, another of the accused, was also seen in a YouTube still, with the flat of his hand above the bonnet.

Garda Laura Loughley identified both men and said they were banging on the patrol car.

She said that at one point she was caught between the pillar of a gateway and the 4×4 and that a member of the public “pulled her out of that crush”, adding that the crushes were “very dangerous”.

Mr Murphy (34), together with South Dublin Councillors Kieran Mahon (39) and Michael Murphy (53) and four other men, are charged with falsely imprisoning Ms Burton and her adviser Karen O’Connell.

All found not Guilty. 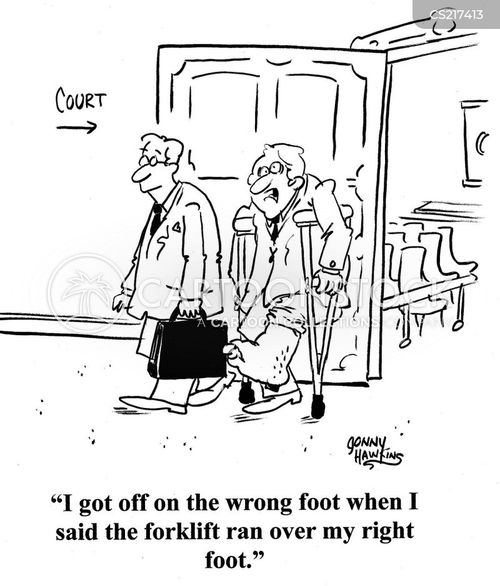 Fred Concludes:
Since the foundation of this young State, Gardai have swaggered in and out of courts without any challenge in relation to Perjury but now things and times have changed.  The above trial of Paul Murphy and the other defendants, one a young boy aged only 14, shows the extent of the false statements and the attempted stitch-ups that Gardai have not the slightest problem in completing, often under instructions, and in some cases, they do it as lone Wolves out of total deviance and badness.   Now when this Bill comes in, people will have a right in court, through their Counsel, to take on the cute muppets in uniform as they give their evidence.  This travesty of justice has gone on for years where Gardai have literally put people in prison for committing no crime.  Some examples:-
Frank Short: Donegal:  An innocent man who owned a nightclub and who would not pay rogue Gardai protection money.  The men who were stitched up in the Sallins train robbery, and we all know of the death of that vulnerable child, young Rossiter, in a Garda station in Waterford and where the Gardai to protect themselves lied from mouth to their toes.
Hopefully this new Bill will give a new balance to justice in this country – we can call it now the equity of moral justice and a level ground within the court system.  We shall wait and see if this country is truly getting a clean up from the old and entrenched culture of Cronyism.  In America, a person who commits Perjury – it can carry a sentence of 37 years.  Down the decades in Ireland, Gardai who committed Perjury in our courts (including politicians) climbed up the ranks of promotion.  Hopefully now all this will change because the people deserve a proper and professional Police Service.
Fred