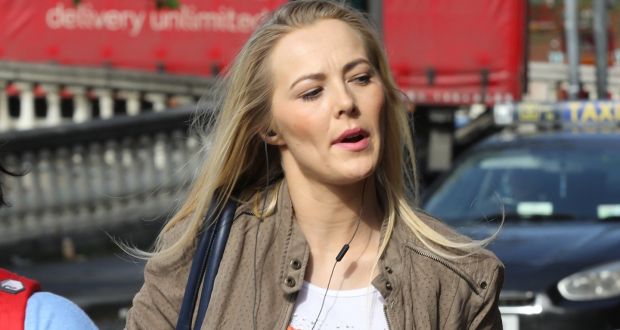 Judyta Rozmyslowicz (32) sued the Garda Commissioner and the Minister for Justice for damages. Photograph: Collins Courts.

The High Court has awarded €78,300 to a woman whose home was unlawfully entered by gardaí looking for her boyfriend who was wanted on an extradition warrant.

Judyta Rozmyslowicz (32), of the Grove, Sallins, Co Kildare, sued the Garda Commissioner and the Minister for Justice for damages for personal injury, trespass and violation of her constitutional right to the inviolability of her home. The defendants denied the claims.

The High Court had in 2016 rejected her claim but she appealed and the Court of Appeal last year overturned the High Court decision.

The appeal court found gardaí­ had not discharged the evidential burden placed on them by law of demonstrating they had a reasonable cause to believe her boyfriend was there to justify forcible entry.

The appeal court sent the matter back to the High Court for assessment of damages and Mr Justice Michael Hanna on Friday awarded €50,000 for injury to her foot, caused when gardaí pushed her front door as she stood behind it, and for distress and upset.

He awarded €25,000 for breach of her constitutional right to inviolability of the home and €3,300 for loss of earnings because she was out of work for six weeks with her injury.

The judge said Ms Rozmyslowicz had told the truth and not sought to exaggerate her injury. She had impressed him as someone who came to court to tell the unvarnished truth.

He said Ms Rozmyslowicz was an unfortunate victim of an unlawful act by gardaí in pursuit of a lawful order in relation to her boyfriend, Sebastian Snaidy, who had breached bail conditions over a warrant seeking his extradition to Poland.

The court heard gardaí called to the house in July 2012 after he failed to turn up for a court appearance and an officer had seen his BMW car in the driveway of the house.

Four gardaí arrived and Ms Rozmyslowicz opened the door slightly and put her foot to it so that her puppy would not run out, the judge said.

One of the gardaí claimed to see a curtain moving in an upstairs room but Ms Rozmyslowicz said this was her dog having a look out the window.

The judge held a female officer “acted with excessive zeal in producing a baton and threatening the plaintiff with handcuffs” in circumstances where Ms Rozmyslowicz was upset.

Ms Rozmyslowicz, a Polish national, told her counsel Garnet Orange she refused to allow the gardaí into her house because they did not have a search warrant. She had told them there was nobody else there but they pushed the door in, catching her foot and she fell to the floor.

The female officer, who had noticed the curtain moving, was particularly aggressive, “threatened me with her stick” and to put handcuffs on her after Ms Rozmyslowicz attempted to make her way up the stairs after the other officers.

She asked the gardaí to take her to hospital but she was refused and later a friend took her.

The judge refused an application by Cormac Corrigan SC, for the State, for a stay on the award on the basis the general damages were excessive. 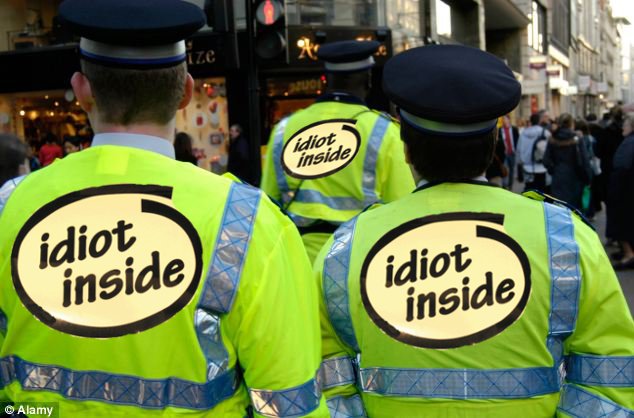 We all hope now that the days are gone when idiots in uniforms can push and kick their way through doors of peoples’ homes without legal authority.  Some years ago, our doctor came to us on a very wet Tuesday evening disturbed by a visit he had from the Gardai.  Our doctor is a very traveled man and he worked in war zone hospitals thirty years ago.  He informed us that he received a loud knock on his door.  When he opened three Gardai, in uniform, let us put this another way, in shabby uniform, and they demanded the medical files of one of us, this was the doctor’s patient.  Our doctor asked why and asked to be shown a court order.  They had no answer but the verbal threat continued.  He told them if they didn’t leave his premises and get outside his gate, he would be making a phone call to a higher rank in a different station so they left.

Let us recall this again:  How could three Rogues go to a doctor’s house and demand the medical file of one his patients, using verbal threats and bad body language.  They were never disciplined for this.  We know why they wanted the medical files; it was sinister and premeditated act and they failed thanks to the courage of the GP.  The above woman has shown the Irish people a good lesson.  Never lie down when you know you are right.  Never be afraid, never back away when you know that the law will stand behind you and give you an equity of justice.