Petrol bombs thrown at police during Eleventh Night in Belfast

There was a major drop in callouts to bonfires in loyalist areas this year, fire service says. 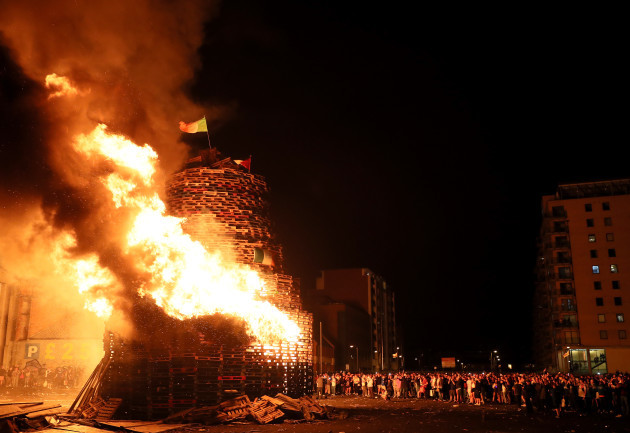 A NUMBER OF petrol bombs were thrown at police and two teenagers were arrested during Eleventh Night celebrations in Belfast last night.

The officers came under attack while on patrol in the Springfield Road area near Lanark Way.

PSNI Assistant Chief Constable Barbara Gray said a number of people had gathered where the petrol bombs were thrown but “our officers were quick to act”.

Grey added that she was “relieved we did not see a repeat of the violence we witnessed on our streets this time last year”.

The Northern Ireland Fire and Rescue Service (NIFRS) saw a 40% decrease in the number of bonfires incidents attended to over the Eleventh night.

Between 6pm and 1am, a total of 136 emergency calls were made and crews responded to 91 incidents. 31 of these incidents were bonfire related.

The fire service said this represents a 40% decrease on the number of bonfire incidents attended to during the same period last year.

This is the lowest number of bonfire related incidents received by the service since 2015.

The bonfires are lit in some loyalist areas on 11 July, the night before the Battle of the Boyne is commemorated by Orange Order parades across Northern Ireland.

The PSNI said today that it will be investigating incidents of complaints about various materials, “some of which were clearly distasteful”, placed on bonfires.

A 52-year-old man was arrested and charged with offences including criminal damage. He is due to appear at Lisburn Magistrates’ Court next month.

Meanwhile, a controversial bonfire beside the Avoniel Leisure Centre in east Belfast was lit as part of the 11 July celebrations, according to the BBC.

Belfast City Council yesterday decided not to remove the bonfire.

The council met after a contractor who was due to remove a bonfire from the Avoniel Leisure Centre earlier pulled out after warnings of possible violence.

The PSNI yesterday warned of possible confrontation if the bonfire was removed and said in a statement last night that it had informed Belfast City Council that its intelligence pointed to the threat that elements of loyalist paramilitary group the Ulster Volunteer Force (UVF) “may seek violent confrontation” at the bonfire site in the car park of the Avoniel Leisure Centre.

BBC News NI reported that the PSNI said in a letter to the council that they “could not rule out a risk from firearms”.

Bonfire organisers had said they could “guarantee no violence” if and when contractors arrived to remove the material, the BBC also reported. 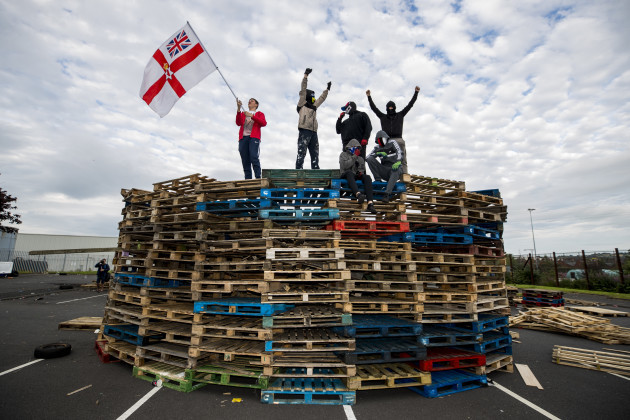 Loyalist graffiti had appeared beside the site threatening contractors.

I utterly condemn the intimidation of contractors and recognise the impact this will have had on them, their families and indeed on the Council who had sought their services. Such intimidation must not be tolerated.

Robert Girvin from the East Belfast Cultural Collective, a group representing the builders of numerous bonfires, had said the Avoniel bonfire wasn’t controlled by the UVF, the BBC reported.

They also expressed a need for with other agencies on the issue of bonfires, including concerns around the involvement of paramilitaries in some cases.

The council called on the PSNI to take action against those committing the orchestrating aggravated trespass at Avoniel. 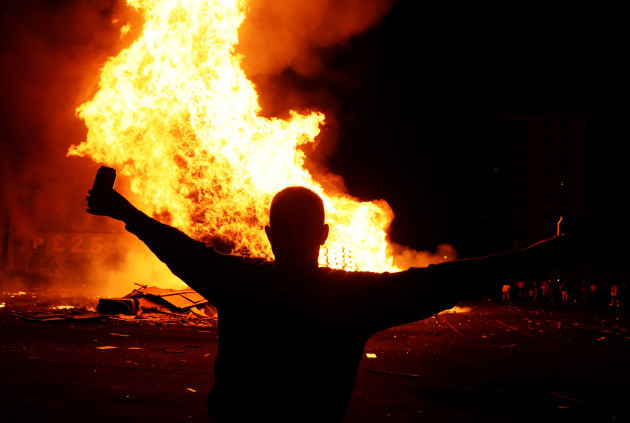 There were no attacks on NIFRS crews or appliances whilst carrying out their operational activities throughout the province.

Elsewhere, the Orange Institution is holding 18 demonstrations across Northern Ireland to mark the 12 July today.

Speaking ahead of today’s events, Chief Constable Grey appealed to everyone taking part and those in attendance to enjoy themselves and to do so safely and within the law.

“There is also no doubt there have been challenges over the last week, not just for us a Police Service, but also for other public services.

None of this is easy and the resolution to these challenging issues does not rest with the Police. The Stormont House Agreement recognised the challenges presented not only by bonfires but by flags and other symbols. It set up the Commission on Flags Identity Culture and Tradition three years ago. We still await any proposals from that Commission.

It is ironic that RTE have not condemned the UVF and their threats and yet they condemn the Tyrone team for singing a Republican song last week.  RTE spent over £350,000 of taxpayers money on the idiot that came in last at the song contest.  They want to increase again the TV licence fee again to pay their fat salaries yet their news is selective.  Today I ask people – what is the function of Tourism Ireland because it evolved from the Good Friday Agreement and that means an Equity of Balance for all cultures on all sides.  I would like to ask Niall Gibbons what was his function in the photo shoot and was he asked to join the Lodge?