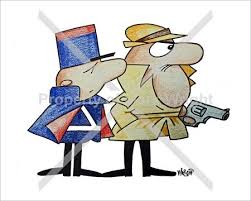 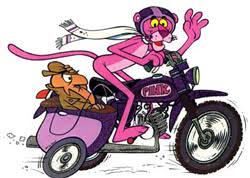 Probe launched after garda accidentally shoots himself in the foot

AN investigation is underway after a garda attached to specialist firearms unit accidentally shot himself in the foot.

The officer, stationed in the south-west of the country, was injured after his weapon discharged while he was in a garda patrol vehicle.

The incident occurred in Co Limerick yesterday and is now the subject of an examination by the Garda Síochána Ombudsman Commission.

At this stage it is understood that the weapon fired accidentally, discharging a single bullet.

The armed garda suffered a gunshot wound to his foot and was hospitalised as a result of his injuries.

GSOC has confirmed that it has received a referral in relation to an incident but did not provide any further comment.

It is understood the referral is under Section 102 of the Garda Síochána Act.

It is a statutory obligation for Gardaí to inform GSOC if a firearm is discharged resulting in serious injury.

Will he get the Scott medal for Stupidity …. ?  Fred says:  A Garda attached to a specialised Fire Arms unit could actually shoot himself in the foot, while on patrol.  This is what you expect to find in the Pink Panther movie.  Sadly, this is Ireland and I wish a speedy recovery to the Officer and the Foot, I am sure he will have plenty of paperwork to complete, and hopefully all will end well.  I doubt if he will go for compensation because it would turn into an absolute circus.  Some years ago, after the tragic shooting of John Carthy (bipolar and highly vulnerable) in Granard by so called expert trained Gardai, we now know that the Gardai are not trained in a siege situation and Granard will never be forgotten nor will John Carthy by many people across this country.  John only asked for a cigarette and to be shot four times in the chest was really an assassination as written by many people in newspapers down the years.  A few months after the same keystone cops had shot John Carthy, there was an armed robbery in Longford and one of the same Garda shot himself accidentally in the foot.  This is easy checked out.  Just go to Google.  I recall a friend of mine telling me (from Granard) that he phoned one of the Gardai involved about a year later and the Garda broke down on the phone crying “I didn’t mean it; I am being blamed by people”.  It was a bit late then.  The ego had evaporated and reality must have touched the conscience if that is possible.  We all hope that what happened to John Carthy on that day will never happen again.  (Refer: to Barr Tribunal).