Sgt Antoinette Cunningham is the first woman to become a full-time Garda Representative but now she is on sick leave for alleged bullying and intimidation.  The Deputy General Secretary of the Association of Garda Sergeants and Inspectors which represents 2,200 officers has made a formal complaint to Garda HQ about a text which referred to a garda evidence bag being placed over her face.  This text message which suggested that Cunningham would not know an evidence bag unless one was placed over her head, was circulated to colleagues, attending an AGSI meeting in Dublin 6 months ago, where she was attending as a speaker.  Cunningham was later informed about the text and its contents by a colleague who was concerned for her welfare.  The female officer made a formal complaint to say she considered the message to be a form of intimidation which is an offence under Irish law.  She is no longer performing her duties in the AGSI citing stress and anxiety as the cause and result.  This disclosure suggests a deeper rift within the AGSI association and its members.  Cunningham had previously reported allegations of bullying which were the subject of an ongoing inquiry; she took the decision to report the matter to Garda HQ after her own Association AGSI appeared to take no action; in fact they turned their back on her.  She did not attend the Garda Organisation annual conference held at the Slieve Russell hotel in Ballyconnell, Co. Cavan this year.  Paul Wallace, VP of AGSI refused also to attend the conference also in a show of solidarity with Cunningham.
To add to this the AGSI has reached a settlement in paying over £100,000 to Revenue after admitting it had not properly accounted for allowances paid to representatives.  In March the GRA reached a voluntary tax settlement with Revenue for almost £400,00 with interest and penalties included.
The allegations about Cunningham have been brought to the attention of Commissioner Drew Harris.  According to one source, Harris takes a Zero Tolerance approach to bullying and unacceptable behaviour in the ranks.  He went further – the core objectives are the “welfare and safety” of his members.

about 12 hours ago
Conor Gallagher 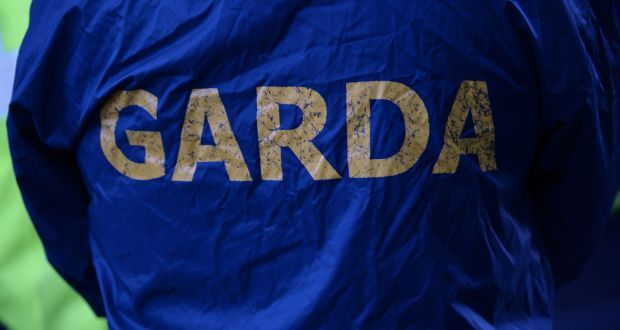 A Garda inspector who is accused of acting as a security consultant for Coolmore Stud in Tipperary in his spare time has been interviewed.

Officers from the National Bureau of Criminal Investigation (NBCI) have interviewed a Garda inspector who is accused of acting as a security consultant for Coolmore Stud in Tipperary in his spare time.

The garda –who also holds a role in the Association of Garda Sergeants and Inspectors (AGSI), which represents the interests of middle-ranking members – was questioned by investigators about allegations he advised the world-famous stud on security matters in a professional capacity and that he tested its alarm systems by transmitting false alerts to a nearby Garda station.

Coolmore, which is owned and run by the Magnier family, contains some of the most valuable thoroughbred racehorses in the world and is guarded by an extensive security operation.

The inspector was interviewed at the beginning of July. It is understood he came to the Garda station voluntarily and that he is co-operating with investigators. He has not been arrested or suspended and the allegations are as yet unproven.

Under the Garda code, members are strictly forbidden from taking secondary employment in a wide range of jobs including in the security industry.

Allegations that the garda was doing security work for Coolmore first surfaced in 2016 and then again in 2017. It is alleged that on two occasions he was testing security procedures at the stud, including how long it would take gardaí in nearby Clonmel to respond to an incident there.

Security alerts were allegedly sent to Clonmel Garda station, causing gardaí to speed to the location using their lights and sirens.

There are two entries concerning false alarms at the stud on the Garda Pulse system. The incidents have also been the subject of a protected disclosure by a colleague of the inspector.

The NBCI inquiry is at an advanced stage, having started at the beginning of 2019. Officers have taken statements from colleagues of the inspector – including those who responded to the alleged false alarms – and the local superintendent.

The purpose of the recent interview with the inspector was to give him the opportunity to answer the allegations and put forward his own side of the story, sources said.

The allegations against the inspector have caused considerable discord in higher levels of the AGSI, particularly at the time of the organisation’s annual conference in April, when several senior members objected to his involvement in the conference.

Garda Commissioner Drew Harris is understood to be aware of the allegations. Since taking office Mr Harris has deployed the NBCI to investigate several instances of alleged garda corruption and malpractice of varying degrees of seriousness due to the unit’s reputation for independence.

NBCI officers are leading the investigation in Limerick into three gardaí, including an inspector and superintendent, alleged to have had links to a criminal gang.

A dedicated anti-corruption unit is planned for later this year. The unit will be based in Garda Headquarters in Dublin’s Phoenix Park, and initial plans have already been drawn up and submitted by Assistant Commissioner.

Fred says:  Another scandal emerging:  The Garda Commissioner has ordered an investigation into a Chief Superintendent (a very high rank) accused of sending vulgar and suggestive text messages to a female member of his office staff.  The inquiry is expected to result in the formal dismissal of the officer; who has yet to be suspended from duty.  Copies of crude Whatsapp sent by the officer to colleagues have been obtained by the internal inquiry led by Michael O’Sullivan, the Assistant Garda Commissioner, at Security and Intelligence.  This is the Garda department responsible for National Security.  One source said that the Chief Superintendent’s career is effectively over; it is not a case that he might face censure or reprimand; it is that he will be dismissed from the Force.  Harris has pleaded with all officers who witness any wrongdoing to come forward and point the Rogues out.

My final comment today:  after reading the above, our Police Force, it seems, is on a cliff edge and the only way back is to weed out the corrupt officers and protect the whistleblowers and learn from Maurice McCabe.  In my humble opinion, I believe there is 2,000+ Rogues out there who need taking down.