Twelve sex allegations made by prisoners against authorities 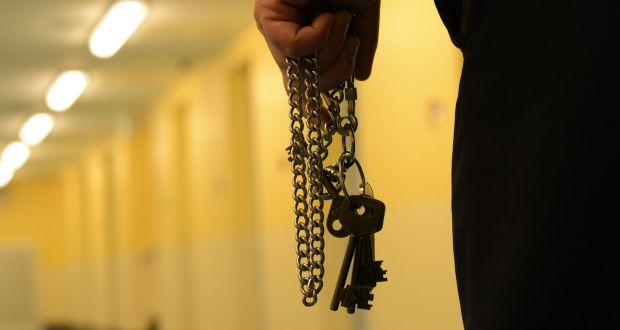 There have been 21 allegations of assault, three alleged racist incidents and six claims of mistreatment in the last year, according to Irish Prison Service figures. File photograph:

Twelve allegations of a sexual nature have been made by inmates against prison authorities this year.

There have been 21 allegations of assault, three alleged racist incidents, six claims of mistreatment and five complaints about intimidation over the same period.

The Irish Prison Service (IPS) refers to the incidents as “category A” complaints.

They are the most serious in a scale of complaints against prison officers and, if upheld, are deemed likely to bring discredit on the State’s penal system.

All “category A” complaints must be investigated by authorities unconnected to the prison service.

Figures released to The Irish Times by the IPS show the breakdown of the 47 allegations to date this year.

The IPS said only one of the 47 allegations made this year had been upheld. It declined to give the details.

Another 16 were “not upheld”; two were “not proved”; three were “terminated” by the IPS director general Michael Donnellan, under Prison Rules legislation and five were “withdrawn”.

The investigation of 20 allegations remains “incomplete”.

The current rate of around seven alleged most serious incidents every month is up from less than six a month last year.

The breakdown shows the highest number of the most serious complaints were from Portlaoise, the maximum security jail for inmates convicted by the Special Criminal Court, and Cloverhill in west Dublin, a medium security prison mainly for inmates on remand.

Ten “category A” complaints have been made against officers at each of the prisons this year to date.

Mountjoy, Dublin’s main prison, and Dóchas, the woman’s prison next door to it, are each investigating four allegations.

There were three complaints made at Wheatfield, in Clondalkin, which has a high number of sex offenders and inmates serving life sentences for murder, and two at Cork Prison, the main prison for the south of the country.

There were none from Dublin’s Arbour Hill, which holds a high number of sex offenders and older inmates; St Patrick’s Institution for young offenders; Limerick Prison, which holds men and women, or the Training Unit, a semi-open low-security prison in the grounds of Mountjoy, Dublin.

Last year, out of 70 complaints just six were upheld, two were part-upheld, 53 were not upheld, eight were “unfounded” and one was “re-categorised”.

Minister for Justice Charlie Flanagan said all prisoners have the right to make a complaint at any time and “all complaints are treated with the utmost seriousness.”

Cork Prison hopefully is run now by a more compassionate regime than in past years.  I sat down with at least 30 young men, now in their forties, and they told me their stories while they were “doing” six months to 5 years at Cork, the old jail then.  The Governor was clueless or was He?  The Chief Officer Connolly had a very bad stammer and probably that gave him massive insecurities with anger being predominant.  At night time, the Rogue Screws would go around the landings in pairs, flashing lights off and on into prisoners cells and taunting them.  “Go on.  Be a man.  Get the bed sheets out and Hang Yourself”.  This went on for years and nobody would either listen or even make inquiries according to the sources who told me about this.  Some men who were classified as “Tough”, while talking about these experiences, would have tears in their eyes.

Michael Ring, the current idiot Minister of State for Rural Ireland who is having the ongoing row with Pat Spillane had a brother named Jim, a Screw at Cork jail, during the Dark periods.  I am making no accusations here; this is just about facts.  Jim Ring, now retired, would have to look in the mirror himself and ask the hard questions.  Only himself and his conscience can answer these questions.

Another Screw Donie, a proper bastard, and if it was now in the current climate, he would or should be doing 5 years for bitter hatred against vulnerable prisoners.  Yes, I can name another 25 people but this is for another day.  Cork jail was as bad as any hell hole on the planet, on its bad day.  One former inmate told me that they would piss (staff) in some of the prisoners’ dinners, just for a laugh.

We have the Irish Penal Reform Trust and they are the biggest laugh of all, because all they hold is seminars and clap me on the back gatherings.  Not one ex-prisoner is a member of significance and they made John (the Bluffer) Lonergan an honorary member.  It was Liam Herrick who made this appointment before he ran to the Phoenix Park to work for our President.  He then ran out of there and the Herring is now again back but this time it is the Irish Council for Civil Liberties.  You don’t bluff anybody Liam.  You are part of the establishment and you ride two horses.  Our prisons are a shambles – gangland run the landings and they decide who comes on and who goes off and the staff have no say because the Governors do exactly what Gangland demand to keep the peace.  The jails are seeping with drugs.  Now, one obvious question.  How are these drugs getting in?  Well just let’s say today – Money talks and Uniform walks.  To be continued:  Fred