Despite staff in the Department of An Taoiseach being warned that work computers are provided for “business purposes” and that access to inappropriate websites will be blocked, the total number of requests which were blocked between July 6 and July 30 was 503,582.

The attempts to access banned websites were recorded by the department’s strict firewall, documents released to the Irish Examiner reveal.

While a large proportion of the blocked attempts related to advertising sites, it would appear staff members have used their work computers to search for explicit material. Those records show that the sites blocked included:

Although this paper requested a breakdown of actual websites accessed, the department failed to adhere to the request and merely provided the information by way of category.

While there were clear breaches in appropriate searches, the department said many legitimate websites include advertising material within their webpages.

In these instances, the substantive content from the site is displayed to the requestor while the advertising content is removed. This is applicable to many media and social media services, said the department.

“Often it is the computers themselves which make the request to a website/web service rather than a person interacting with the computer,” the department said.

Despite requesting records dating back to September 1 2018, the department said it was only in a position to produce results for the 24 days leading up to July 30.

The department said that, owing to the volume of log files which are generated by products of this nature, it does not retain them over long periods of time, the exact timeframe varying dependent on the volume of data generated in the preceding period.

Log files were extracted from the department’s primary website filtering product on July 30, 2019 and contained data relating to the preceding 24 days.

The department said its primary website filtering product deployed is one element in a suite of products which helps to protect the department’s ICT systems and the staff from reasonably common cyber-based threats such as phishing, ransomware and malware.

The primary website filtering product supports a real-time ‘look-up’ facility and checks a central repository of websites to determine how the vendor of the product has categorised a particular website. A range of options can be configured against each of these categories, including the option to ‘block’ a website.

Fred is in shock:-

The above reading is demeaning to the Irish people.  I have no problem with Leo advertising his sexual identity within his own LGBT group of people but I do have a problem when 99% of the population have rights also.  The LGBT are included now so why is Lennie doing the swagger all around town in his pinkies: this must stop.  There are people who work in the Department of the Taoiseach who are honest and hardworking people and they don’t need to be tarred in what is shamefully described above.  Some staff tried to access Loversire.com.  This site is for Gay men and it is about sex dolls, porn material, realistic size of private parts, and offering a top range of dolls priced at £2,000 each.  A spokesperson for Loversire:  “Our vision is to create a better sex life for many people, who are in the minority”.  Fine but not at work and not at the expense of the Irish taxpayers.  If Varadkar can’t get his own house in order, he should get out now.  116,900 hits from the Taoiseach’s own Government department are recorded to Loversire:  This is scandalous and demeaning.

Varadkar apologises for comparing Martin to a ‘priest engaging in sin’

Taoiseach Leo Varadkar has apologised for remarks he made during a testy exchange in the Dáil in which he compared Fianna Fáil leader Micheál Martin to a priest committing sin after preaching not to commit sin. Video: Bryan O’Brien / Oireachtas TV.  Further reading see this link.  https://www.irishtimes.com/news/politics/oireachtas/varadkar-apologises-for-comparing-martin-to-a-priest-engaging-in-sin-1.3946467

Fred finally concludes:  Micheal Martin should take this very seriously and I have to say that Timmy Dooley showed courage in putting up that tweet.  I say to Martin now – Plug this Ship of Fools Out before our Government building is named and shamed as a bunch of cross-dressing bluffers. 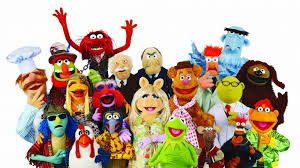