The figure was revealed at an Oireachtas committee hearing yesterday morning. 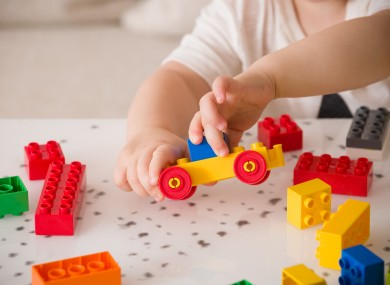 THE DEPARTMENT OF Children has said it does not know the identity of the 37 childcare facilities which Tusla has identified where critical levels of non-compliance are occuring.

The agency’s Director of Quality Assurance Brian Lee told the Joint Oireachtas Committee on Children and Youth Affairs yesterday that 37 facilities are on the highest level of risk on Tusla’s risk register.

He was appearing before an emergency meeting of the committee to discuss the revelations contained in an RTÉ documentary about a Dublin creche chain last week.

Footage broadcast during the documentary showed a number of issues at Hyde and Seek, which has four branches in Dublin, including concerns about fire safety, child protection and the garda vetting of staff.

Lee told the committee that every creche registered with Tusla appeared on the agency’s four-stage risk register, and are categorised as ‘low’, ‘medium’, ‘high’ and ‘critical’.

“There’s 37 on what we consider to be our national registration panel, which would be the highest level of concern,” he said, adding that the register covered all childcare services, not just creches.

In a statement today, the Department of Children confirmed that it is “not aware of the identity” of the 37 services.

Minister for Children and Youth Affairs Katherine Zappone has asked Tusla to update her on the status of all 37 cases. Tusla has agreed to this, according to the Department.

If for the first time, following de-registration, a service does not comply with the law and close its doors, Tusla will use all its existing powers to seek the courts’ support for closure, the Department said.

This information would be available to parents as the services would be removed from the published list of services.

“Tusla has told the Department that it is usual practice that the majority of these services make the necessary improvements to the standards of care and hence are de-escalated from this level of concern, and, if they do not, they will be de-registered,” The Department said.

“This trend in improved compliance is based on Tusla’s experience in recent years. Tusla has assured parents that where there was any child protection issue raised, this would have been referred to their Social Work services and parents informed.”

Yesterday, the Committee heard that Tusla could not give a “cast-iron guarantee” that issues like those seen at Hyde and Seek during last week’s documentary would never happen again.

Lee called for Tusla to be given greater powers to regulate the sector more efficiently.

They include the ability to immediately close creches which are not registered with the agency and those where there is evidence of child protection issues, as well as the introduction of a legal instrument to let the agency inform parents about problems at creches when they occur.

He also said the agency was open to the idea of introducing mandatory CCTV recording to creches to monitor any potential issues, saying: “Child protection trumps GDPR any day in our business”.

“If we could get those [powers] quickly through the legislative system, that would be of huge benefit to children and families,” he said.

Zappone announced in recent days her intention to add to Tusla’s powers. The new powers being explored include:

The Department has also committed to exploring powers to send in an interim management team, for services that have been closed, to enable families to opt for continued service provision under new management.

It has also committed to preparing guidance for parents on what they should look for in terms of the quality of their early learning and care service.

The Department said any parent or staff member with concerns about the protection and welfare of a child should immediately contact their local social work service.

Any parent, or staff member, with general concerns regarding the quality of service their child is receiving should contact Tusla through their unsolicited information office.

No chairs, beds or blankets in seclusion rooms at UK facility where Irish teens are treated

The facility faces closure if improvements are not made within six months. 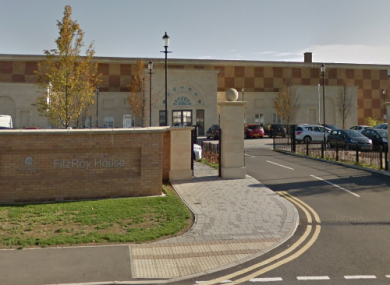 St Andrew’s Healthcare Adolescent Service in Northampton has been deemed “unsafe” in the latest inspection report.

FIANNA FÁIL TD James Browne has said issues identified at a mental health facility in the UK, where Irish teens are sent for treatment, highlight the need for more resources so young people can be treated here.

A damning report released this week by the Care Quality Commission (CQC) deemed St Andrew’s Healthcare Adolescent Service in Northampton “unsafe” and threatened it with closure if it does not improve.

The report found staff did not “always treat patients with kindness, dignity compassion and respect”.

Some of the most serious findings related to the use of seclusion rooms. Eleven of the 15 seclusion rooms at the facility did not include furnishings such as a bed, pillow, mattress or blanket.

The report found that on one occasion during an inspection, staff did not respect a patient’s privacy and dignity when changing their clothing and did not ensure that female staff assisted with this for female patients.

“It was the inspection team’s view that this practice was uncaring, undignified and disrespectful.”

Staff on one ward also locked the patient’s ensuite rooms which meant patients had to request staff to unlock them for access.

Browne said these finds are “extremely worrying with reports of children being held in isolation rooms without bedding or chairs”.

“We cannot expect to see any improvements in a child or teenager’s mental health if they are not being treated with dignity and respect in a safe and comfortable setting,” he said.

I have previously raised concerns about the practice of sending young people abroad for mental health services, which should be available in our own country, particularly with regard to teenagers suffering with severe eating disorders. There are currently only three beds in Ireland to cater for young people with eating disorders, despite the fact that anorexia nervosa has the highest mortality rate of any mental health issue.

Browne said the situation at St Andrew’s further underlines the need for the Irish mental health service to be given the staff and resources needed.

Irish teenagers who are sent for treatment in the UK are still in the care of Ireland’s child and family agency Tusla. The agency told The Irish Times that it is aware of the report and has sought assurances from the facility in relation to care arrangements for children sent from Ireland.

“Tusla’s ultimate goal is to see all children in such placements recover sufficiently to be safely discharged and return home to Ireland.”

St Andrew’s will be inspected again within six months and the CQC said if insufficient improvements have been made it will begin the process of preventing the provider from operating the service.

Fred concludes:  Reading the above in the year 2019 is a complete scandal.  It probably is one of the biggest scandals we have had since the Garda scandal, McCabe, Swing Gate, the Charities missing millions, the Muppet Kelly in Console and still no charges but now our Children, the Children of this State, being ignored and neglected, not just by the Minister but by Tulsa who are another National scandal.  Let me put this into perspective:-  This Government have gone out of their way in leaps and bounds to promote Gay Pride and I say well done to them for their efforts but I am sure that the Gay people will come behind me on the plight of the children of this country.  These children who are sent to England have severe mental health problems and now it is revealed that they are living in squalor conditions and yet our Government or may I say the Delinquent HSE are paying in excess of £500,000 to send our children to England to be further abused both physically and mentally.  It is quite ironic that Leo and his Gang got the abortion passed to make sure women do not have to travel to England but can have the best of treatment here, when needs be, after a one night stand.  Yet, we have not problem or let me put it this way or should I say where are our morals in relation to the care of our most vulnerable, which is written into our Constitution.

Zappone should stand down now.  She is clueless, not just in what is going on within the “Unfit for Purpose Tulsa” but even what is going on in her own department.  Parents have been told that they cannot have the names of the creches who allegedly are deemed to have abused their children.  Tulsa are out of control and never take responsibility as we know from the Maurice McCabe case when they had him on file as a paedophile and rapist for Six years.  Tulsa apologised unconditionally but yet not one member of Tulsa faced prosecution for what they did and caused to the McCabe family.  The HSE should be dismantled back into the four regions of the health boards and there should be a total clear out of people who are just clock watching for pensions.  In the meantime when you read the above, it would make any decent person sick in his stomach that children are being abused in current times.

Zappone is off witch hunting about child abuse in the 1940’s, 50’s, 60’s, 70’s and the rest but let me tell you something, we have abuse as I write this and Ms Zappone is chasing after the coat-tails of Tulsa.  It reminds me of the film “Who Wags the Dog’s Tail?”  I say to the people of Ireland today (those who read my blog) you have the power to change things for the betterment of our society.  People power down the years has proven to be a force that can take Governments down.  Well we need impetus now yes urgently.  Irish children with mental health issues being sent to England for further neglect and abuse is nothing short of a national disgrace.  I say to this Government now to hold your heads in shame and I say to FF and Martin join them because you are part of a coalition called the Cosy Deal.  Enough said:   Fred