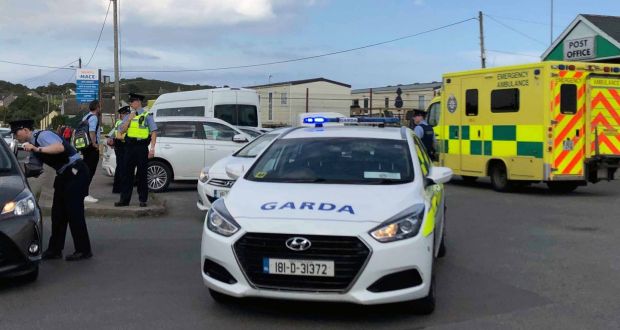 Tuesday’s murder of Keith Branigan in Clogherhead has resulted in a palpable fear of more attacks. Photograph: Ciara Wilkinson

The first murder in the 13-month feud between drugs gangs based in Drogheda, Co Louth, was regarded as inevitable by gardaí working in the region.

Indeed, sources said it was extremely fortunate there had been no fatalities before Tuesday, given the frequency and scale of the violence.

The dispute began in July 2018 when a man was shot and wounded in Drogheda. He survived his injuries but was left paralysed after the attempted murder on Cement Road.

In February one of his very close associates was shot in the neck while sitting in a car in a retail park in the town; again surviving but suffering life-changing injuries. Two months later, in April, another man was wounded outside a house a Hardman’s Gardens; again suffering gunshot wounds.

There have been other attacks where firearms were not used but where the risk to life was extreme. One victim was beaten in a savage assault and some people were forced to flee after their houses were petrol bombed while they home.

It is to that litany of violence, waged between rival drug dealing factions, the murder of Keith Branigan is added.

One of the suspects for directing the violence on one side of the feud is suspected of involvement in three drug-related murders that predate the Drogheda dispute.

That criminal has relocated to the Co Louth area after a period away from the region. His presence there is seen a worrying development in an already entrenched pattern of violence that has involved over 70 feud-related incidents that gardaí know about.

All the while the gangs involved have continued to deal drugs and extort drug users and small time dealers who owe them money. The dynamic of the feud, which has at times involved shootings and tit for tat petrol bombings on the same day, mirrors that of the Limerick feud which came to an end about a decade ago.

The violence in both disputes began as drugs turf wars before escalating immediately to a personalised grudge between factions with access to firearms.

It is little wonder then that Tuesday’s murder of Branigan in Clogherhead has resulted in a palpable fear of more attacks.

Sinn Féin TD Imelda Munster called for the main suspects in the feud, in her constituency, to be put under 24-hour surveillance because of the local concern about what lay ahead.

“People in Drogheda are of the belief this ‘feud’ is nowhere near over and won’t be until the instigators are arrested and charged,” she said.

“Frustration has set in with local people are these culprits appear to act without fear of being caught.”

“There were attempted murders in the past and now we have a murder.”

She added while there had been a notable Garda presence in the town for the Fleadh Cheoil na hÉireann two weeks ago, the sense of safety those resources brought had not lasted.

“The extra gardaí have now gone back to their respective stations and now there has been another shooting,” she said.

Fianna Fáil TD Declan Breathnach expressed concern, shared widely in the locality, that members of the public could be caught in the crossfire of future attacks.

“As the summer comes to an end many people are taking advantage of the good weather and visiting the seaside village this reckless and mindless shooting could have resulted in the death of any number of innocent bystanders,” he said.

Drogheda-based Labour Senator Gerald Nash said: “This is a very serious development in Clogherhead, it is too early to say whether this shooting is connected to an ongoing feud, but people are shocked by it.

“This is normally a very quiet and peaceful village.”

The scene of the attack in Loughboy, Mell, Drogheda overnight. (Image: Kieran Carr) 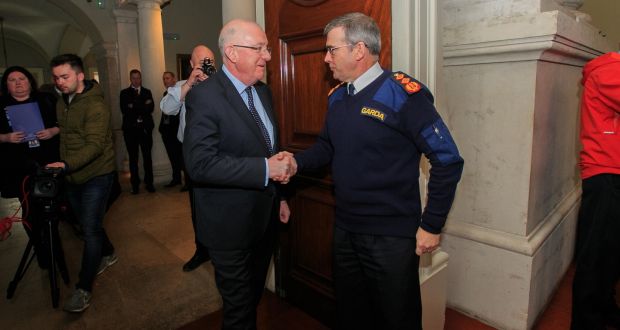 Fred concludes:-  The people of Drogheda last week had the Fleadh; They had a diversion from the horrible reality of Gangland Feuding and Drugs epidemic.  The fun is over and again the reality is back.  There are burned out houses, Arson attacks are occurring on a nightly basis and now the latest is a loss of life of Ken Brannigan, shown above.  This man was gunned down in Clogherhead in a caravan park in front of his wife and children.  These Thugs have no boundaries and if this Feud is not tackled head on by this Government, Drogheda will become a ghetto and an no go area and the businesses of the town will also suffer severely.  Drogheda is an old historic town with links to Mellifont Abbey and other historical events down the years.  Now it is a town under siege and the politicians in the town of Drogheda, who represent the people, like Fergus O’Dowd, Gerry Adams, Ms Munster, Lord Mayor Bell, and others should gather around a table with local business people and the local senior Gardai and try and find out how to begin a process where this Feud is stopped so that lives can be saved.  At the moment, the armed response unit backed up with local detectives and uniformed Gardai are making no impact.  I will quote Senator Nash “Some innocent parent or bystander is going to be shot in a crossfire or drive-by shooting.  This is like Chicago in the 1940’s but sadly it is Ireland in the year 2019.  These young Thugs are better armed with shooters than the Gardai so one has to ask where is the supply coming from?  Flanagan promised the people of Drogheda that this Feud would be stopped under his Watch and this was said months ago.  It sadly has got a lot worse.  On top of this you have the Gangland Feud in Coolock and Darndale and  then there is another Feud in Tallaght which spreads out to part of Wicklow.  We even have armed response units protecting people in graveyards.  What has happened to this country?

Let us not forget other feuds like in Longford and Sligo.  With all the so called Garda intelligence something seriously has broken down between the people of Ireland and the Police Force and that something is called Trust.  Without Trust you have nothing.  People will not come forward and give a statement to help Gardai in their enquiries.  In the last decades I have noticed personally the lack of social skills in the Gardai but what they don’t lack sadly is arrogance, being foul mouthed, and unhelpful.  Add to this being totally unprofessional.  They have no problem helping the Vulture Funds repossessing Irish family homes and wearing balaclavas but they certainly have a problem in protecting the people of Ireland from Gangland Thugs and their Empire of Drugs.  Fred