The Gardai back in the news for all the wrong reasons, Fred,

Both men are set to face trial on charges linked to a major investigation by the Criminal Assets Bureau. 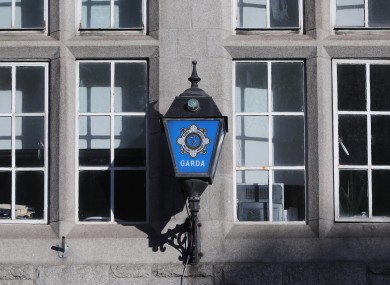 A DETECTIVE GARDA and a Director of a car sales firm targeted by the Criminal Assets Bureau (CAB) are both to face trial on charges linked to a major investigation into alleged garda corruption.

The investigation into alleged garda wrongdoing and malpractice in the Southern Division is being led by the National Bureau of Criminal Investigation (NBCI), based in Dublin.

It’s also alleged Detective Bourke obtained the monetary gift during the course of his employment with An Garda Síochána for revealing to Mr O’Sullivan confidential information about a Criminal Assets Bureau investigation in relation to Bawn Motors, Section 5 (2) (B) of the Criminal Justice (Corruption Offences) Act, 2018.

Mr O’Sullivan, (37), with an address at Farrehy, Broadford, Co Limerick, was charged with one offence, that he did corruptly give or agree to give Det Gda Bourke a monetary gift, consideration, or advantage, for Det Gda Bourke revealing to him confidential information concerning a CAB investigation into Bawn Motors, of which Mr O’Sullivan was a company director of at the time.

All three charges are alleged to have occurred on 22 December 2018 at Bruree, Co Limerick.

Both accused were each granted bail, on their own bonds of €300, which does not have to be lodged.

Appearing before Limerick District Court both defendants – who appeared separately – only spoke to confirm their signatures on the bond sheets which were signed in court.

Detective Inspector Michael McNulty, NBCI, told the court he arrested Det Gda Bourke at 8.25am this Friday morning, at a location in Co Tipperary.

The court heard Det Gda Bourke was then conveyed to Shannon Garda Station in Co Clare where he was charged with two offences at 11.20am by Garda Michael Newport.

He “made no reply” to each charge after caution, it was heard.

Solicitor Tom Kiely, representing Det Gda Bourke, said he had “no questions” regarding his client’s arrest.

“Consent to bail with conditions attached have been agreed,” Mr Kiely told the court.

Judge Marian O’Leary granted Det Gda Bourke bail on condition he sign on twice weekly at Tipperary Town Garda Station, between 6am-9pm; surrender his passport and not apply for a duplicate travel documentation; be contactable at all times; and that he reside at his home address in Oola, Co Limerick.

Mr O’Sullivan, who the court heard is currently working in Newmarket, was conveyed to Shannon Garda Station, where he was charged at 10.30am with one offence by Garda Michael Newport.

Mr O’Sullivan granted bail on a number of strict conditions, including that Mr O’Sullivan sign on twice weekly at Kantruk Garda Station, Co Cork; that he resides at his home address in Broadford, Co Limerick.

He must also notify gardai in writing if he intends to changing his address.

Judge O’Leary remanded both defendants on bail, to appear before Limerick District Court again on Friday, 13th September, for service of the State’s Book of Evidence on each accused.