Revealed: Thousands of motorists let off the hook amid failure to serve summonses

Close to 50pc of all offenders had their charges struck out, figures reveal

Almost half of summonses for motorists to appear in court for speeding offences since 2017 have not been served, letting thousands off the hook.

The shocking extent of the problem is laid bare in data just released by the Courts Service. 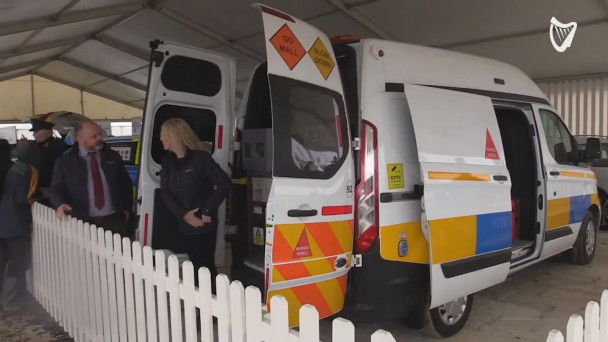 The summonses were meant to be served on motorists who failed to pay fixed-charge penalty notices.

But Justice Minister Charlie Flanagan has said a variety of issues, including the offenders evading service, can contribute to the summonses not being served by gardaí.

The figures will come as a disappointment to road safety campaigners.

A Department of Justice and Department of Transport-led working group last year said there had been “a notable improvement” in the rate of summons service for fixed charge penalty offences.

While strides may have been made with the overall rate of summons service, the new data indicates a particular problem exists for speeding cases.

In fact, the figures show little or no improvement since a previous analysis by the Irish Independent revealed 45.8pc of speeding cases in 2015 and 2016 were struck out due to summonses not being served.

Motorists in counties such as Wexford, Westmeath and Limerick were much more likely to be served with a summons than those in Monaghan, Sligo, Mayo and Kerry.

Certain areas appear to have been blackspots when it came to serving summonses.

In Killorglin, Co Kerry, 159 out of 165 speeding offences were struck out in the 29-month period due to summonses not being served.

Three-quarters of speeding offences were struck out for the same reason in Manorhamilton, Co Leitrim.

Monaghan was the county with the highest rate of non-service. Just over 60pc of speeding offences were struck out due to non-service in Carrickmacross and over 61pc in Monaghan town.

The Parc Road Safety Group expressed disappointment at the figures.

“This is showing a lot of summonses are not being served. There are also massive disparities in service rates across the country,” said Parc spokesperson Susan Gray.

“This is despite a working group being set up in 2014 to examine how the rate of summons serving could be improved and to regularly monitor the level of serving throughout the country.”

“Certain persons will also take active steps to evade service. Such difficulties are experienced by many other police forces,” he said in a letter to Mr Broughan.

The minister said that where a summons was struck out, gardaí could make an application to the court office to reissue the summons.

The data released by the Courts Service also reveals two-thirds of people convicted in court of a speeding offence did not have their licence recorded so that penalty points could be applied – even though it is an offence not to produce it.

Some 12,495 people were convicted of speeding offences during the 29-month period, but just 4,201 of them had their licences recorded.

According to the Courts Service, licences could not be recorded where the driver did not attend and was convicted in their absence, drivers had no recorded licence, drivers had foreign licences, or drivers did not produce their licence to the court.

Wild variations were seen in the rate of recording of licences, with 80pc recorded in Wicklow but just 13pc in Kerry.

However, this does not necessarily mean everyone who did not produce their licence avoided points.

The Road Safety Authority said that where a licence was not handed in to the court, all available information in relation to the convicted person was forwarded electronically by the Courts Service to the Department of Transport.

This information is used in matching the person’s details to a drivers record,

This latest report needs to be fully investigated.  While senior Gardai say they need more resources, something seems not right here. Again we come back to Selective Targets and Policing.  Passing through a main busy street this morning, Squad Car, Taxpayers Car, parked, the pair of Clowns inside, eating a late breakfast, noodles and sandwiches, people were watching in total shock. One of them sipping his coffee, not a care in the world, some watching were taking snaps on their phones, there must be a canteen in the station?  It looked so unprofessional, it makes the Cops look like Idiots, who do what  they want, when they want, no Supervision, where is the Skipper?  Well I am not Vindictive, it is not going up on this Blog, I have a nice photo and car reg number, but so have many more Citizens walking by in disbelief, if they had any Cop on, they the Cops would have found a more quieter parking area, while dining out? All we want is not to be Targets ever again, by the Rogues?  Fred