Skip to content
Updated / Thursday, 26 Sep 2019 21:32
Four Rolex watches, two jet skis and several mini-phones have been seized by the Criminal Assets Bureau during searches in Dublin and Wexford. 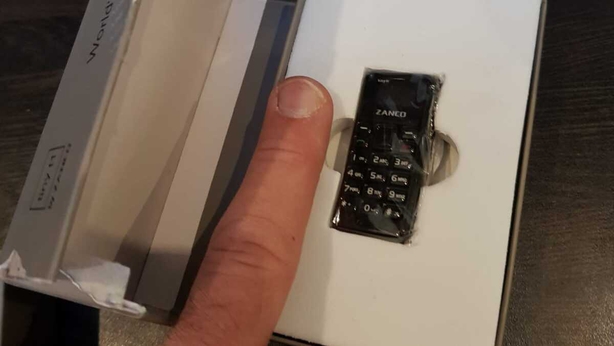 The searches were carried out in eight locations this morning by CAB assisted by local drugs and detective units along with regional armed support units.

Documents relating to property purchased in Ireland and abroad were also seized.

As part of the investigation, targetting property acquired with the proceeds of crime by an organised crime gang involved in the sale and supply of controlled drugs, gardaí in Tallaght seized around €100,000 in 2017. 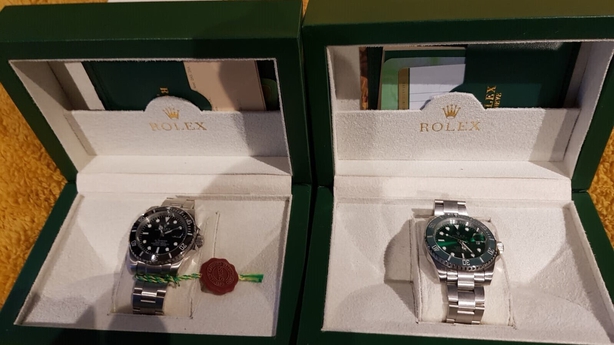 Fred says, the above is a Garda treasure find: 2 watches, couple of Phones, and then there are the jet ski’s for a spin down the Liffey for some charity, a good way of laundering money.  I am also so relieved today after shopping in my local Spar, there were no Gardai sitting out in the squad car day dining out for all to see.  They really must have received the Drew Harris memo to all stations that the purpose of Gardai is to investigate crime – there is no provision of naps in the car after a feed of noodles or for that matter a ploughman’s lunch!

If this find detailed above is one of their top hits I would hate to see the lower end of the scale, like finding a missing cat or a pigeon or even a monkey who hopefully is in a good home now.  Some say he got the job as barman in the Dail – at least having a monkey is better than having a Rat.

Last Tuesday evening in my local Church I was sitting down among approximately 12 other people: you could hear the conversation because it was quite emotional and sincere.  The wife of this Garda was pleading with him to go in and tell the priest that for two years now he has been under pressure from management TO FAKE HIS ENTIRE LIFE.  I heard the unfortunate woman also say – I hope our wedding cake and honeymoon wasn’t a fake.  He said I am going for position of sergeant and I need to know that I can be as good a bluffer as the rest of them.  I didn’t envy the priest that evening.  I would say after the confession you could cook mushrooms in the poor man’s ears.

Back to the above topic:-  The Special Branch are a quite organised outfit but they are separate entity to the ordinary Joe Plods in the Gardai; they don’t mix with the ordinary Joe Soap’s but they do know what is going on internally and Drew Harris does not need a new internal unit to tackle corruption from within.  The SDU are quite capable of gathering information on the Rogue Cops and then putting the handcuffs on down the road.

In the meantime, I hope the person who buys the above toys at the next elite auction enjoys them and can be seen sporting same on the canal, in Dublin 4.  They will be no doubt causing envy sporting those expensive Rolex watches.  These will be flashed at the next Dublin 4 Renter’s Meeting.  This meeting is scheduled for next month.  The leader of the Renters Organisation is Seamus Pines, self made and he never hides his working class Glasgow accent.  As Seamus says we rent from the country Squires who live offshore in their tax havens and all we want as renters, paying massive rents, in their big houses, if for the grass and hedges to be maintained and of course to pay for our in-house housekeepers.  Fred