Property Clinic: You and other members are entitled to make suggestions to the board and the managing agent as to how processes should be improved 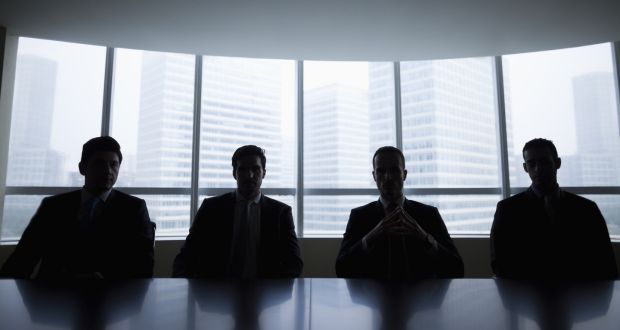 I have experienced endless difficulties with the management company in a complex I own in Dublin. The company actually bring in a ‘heavy gang’ to the meeting and refuse to accept any new members on to the committee. They get proxy votes and refuse to let those who attend the meeting elect any new members. The same members re-elect themselves every year. They don’t chase up those who have not paid management fees and then say they cannot vote at the annual general meeting (agm).

I think the legislation needs to ensure that management committees are not allowed stay in their positions forever. The experience at our last agm was terrible and I felt sorry for a new owner in the block. The chair – an outsider paid for by the manager to chair the meeting – was dreadfully rude to her.

Legislation in relation to the running of owners’ management companies (OMCs) was introduced by the government in the 2011 Multi-Unit Developments Act. Before this, directors of OMCs could remain in situ for indefinite periods (“directors for life”) and in some cases this did not work in the interests of property owners. No director can now serve for a term of longer than three years.

However, provided the person is entitled to be a director under the constitution of the company, the law allows a person standing down at the end of a term to be re-elected. It also says that, unless there are some exceptional circumstances, voting will be on the basis of “one residential unit, one vote”. So, it is then up to the members of the company to ensure the directors elected are the people who will best oversee their development.

Have you a property query? Our experts can help ASK NOW

The fact that directors can stand again is sometimes a good thing in that it can provide continuity and allow an OMC to draw on the experience or specific expertise of directors. Also, in small developments, it can be difficult to get people to put themselves forward as directors so it could be hard to get a brand new board every three years.

Fred says:  Another allegation our friends and sources have informed us that some directors have met with representatives from Bartra House.  If this is true and owners are not aware it is a most serious matter.  The owners of their apartments have the right to know if some chancers are trying to sell the complex or engage in talks, secret or whatever.  This cannot happen.  I repeat our sources told us – it is only allegations but in the private climate after scandal after scandal at Wellington, one must keep up to date regarding all matters.  When any board or any identity is using other peoples’ money, they must be held accountable at all times and the £52,000 that was spent on the garden at Wellington which leaves inadequate money in the sinking fund is negligent and somebody must face the consequences and be held accountable.  This is the second outlay in 5 years on the gardens at Wellington House.  I will close by saying again; imagine refusing a former director, an owner, with disabilities and just over cancer treatment, their parking permit.  I rest my case.  To be continued:

To Continue:  October 12th, 2019.  Last Thursday a woman with disabilities and an ABI and just finished cancer treatment walked into the small little Dicken’s type office called MD on Baggot Street.  I will not mention names unlike some Bastards who have tried to belittle me and my family and this will stop because I will go down the defamation route.  This woman was subject to verbal abuse and threatened.  She felt like a nobody and yet she is the owner of her apartment and is denied a parking permit while others who are doing prison sentences received their permits.  I ask today directly to MD – have you a problem with strong women who are intelligent, unlike the so called clowns who call themselves directors of Wellington House.  I will take Nigel and Patrick of the Clown List because they want no part in this emerging legal battle.  Again I ask how come the windows in the Wellington complex were not cleaned 2019; how can one man who owns a one bedroom phone box be so much out of control with other peoples’ money.  The garden is a complete shambles and yet the idiots who went to the meeting last year clapped in his presence because they acknowledge they benefited because their rents had increased to £2,500 pm and their property with the Versailles garden went up in value too.  The sheds that hold the bins are appalling.  The smell would kill a rat and yet the phone box owner walks around the complex like a man who believes he has a pair of balls as big as melons.  Well I can assure you they are not even as big as a pair of peanuts and I would also add, his wife, inherited the phone box from her aunt and this clown has spent in the region of £60,000 on a garden that looks like a bombed shelter in Syria.  There is not a plant to be seen out the back and all we see is dead leaves and stones.  People must ask serious questions.  The Sinking Fund is depleted and there are priorities which should have been completed before the gardening.  Where is the money going to?  When you ask any questions like Michelle has; you are put on a black list and your emails are unanswered.  Now, I am going to state again if anybody mentions my family or my name, now Simon I hope you are listening to me because your days of bullying are over, would you like your partner to be treated the way Michelle was last Thursday.  I doubt it very much.   In the middle of all this, we have Ms Brexit (Perfect Knickers) who travels down as if she is Lady Dung and who leaves poison pen notes under doors and on car windscreens for years.  This thankfully has stopped and people now can put their plants and flowers on their window sills without being threatened.  Speaking of windows, the same Ms Dung has windows that stand out like a transvestite at a wedding in Saudi Arabia and yet nobody seems to give a fuck.  Then we have a sign saying sold up for the last six months.  No problem there.  She was a friend of Ms Dung but she has passed away.  Also we now have a carpark which has become a  permanent playground and someday a car is going to fly in and a child is going to be hurt and then the court case.  Children should be protected.  One director back from the backward East informed me that the phone box owner rules to the letter of the law in relation to car permits.  Well let’s go down this road:  If children are running around unaccompanied by adults in the carpark well then someone should notify Tulsa that these children are in danger and also one woman who lived in Block B was fined for not using her bike making the ramp look untidy but now the back Eastern entitled classes can block the exit for the bins with their bikes and just smile in your face.  Total fucking arrogance.  From now on we shall have the Letter of the Law and we need the phone box owner to be removed from the board and others as soon as possible.  I will finish on this, we are the only apartment owners who are not allowed have a notice board; it  is like living in a Nazi camp; this is all going to change.