Almost €3 million worth of illegal drugs was seized up to October this year. 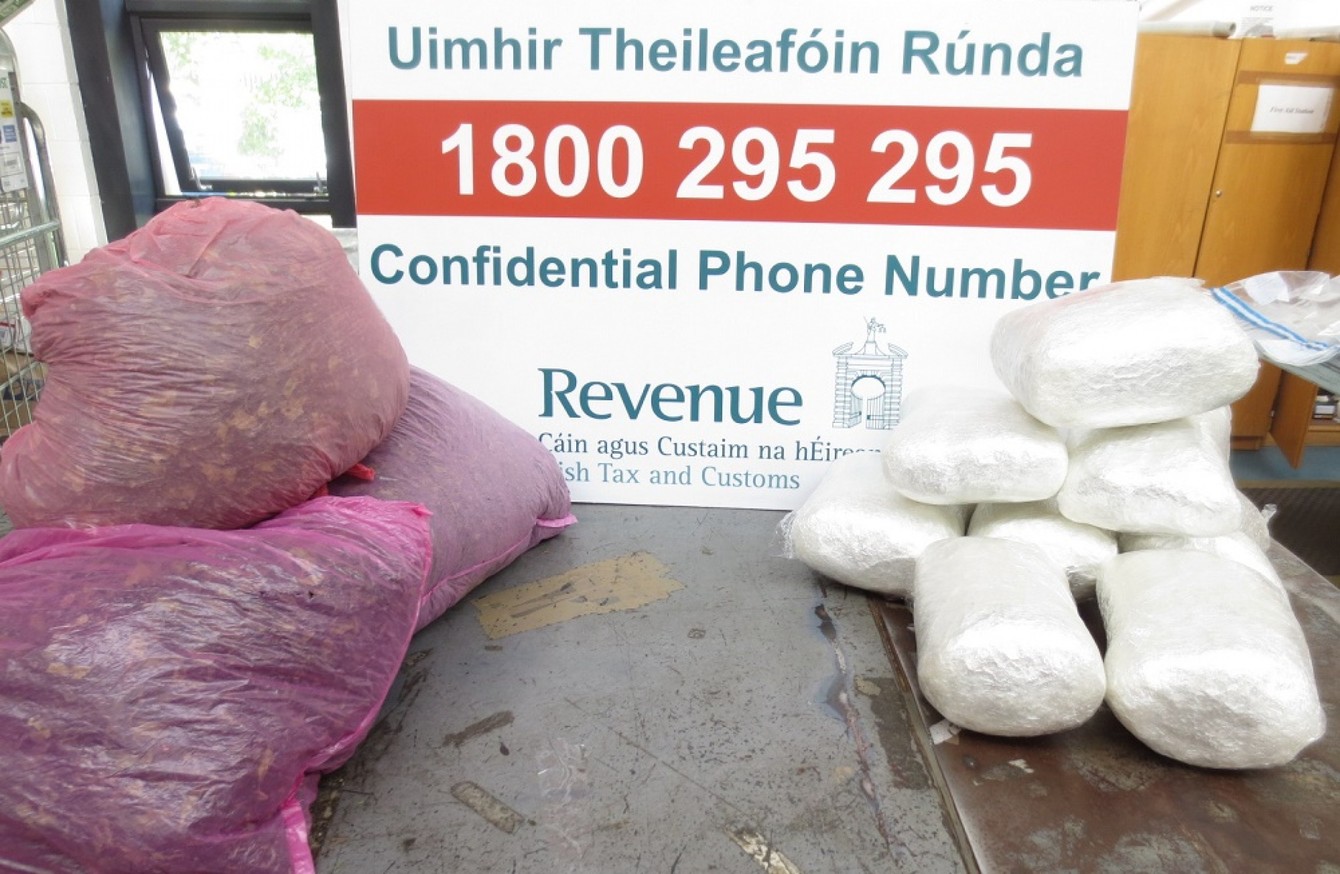 Drugs seized at a mail centre in Laois earlier this year.
Image: Revenue 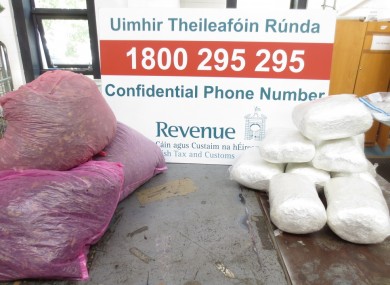 Drugs seized at a mail centre in Laois earlier this year.
Image: Revenue

THERE HAS BEEN a sharp increase in the number of packets and parcels containing illegal drugs detected this year with almost a doubling of seizures by Revenue so far in 2019.

A record number of detections has uncovered almost €3 million worth of controlled drugs weighing over half a tonne.

Most of the detections are made at postal sorting centres including the main centre in Portlaoise where Revenue staff use sniffer dogs and X-ray machines to intercept packages.

Official figures show a total of 2,211 individual consignments of drugs being sent through the postal service were uncovered up to the end of October compared to a total of 1,149 seizures during all of 2018.

They indicate that there is an increasing number of smaller quantities of drugs being intercepted by Revenue.

Asked about the issue in a parliamentary question by Fianna Fáil TD, John Curran, the Minister for Finance, Paschal Donohoe, said he was assured by Revenue officials that the combating of the smuggling and importation of controlled drugs into Ireland remains a priority.

“Revenue’s work against drugs and crime is extensive and multifaceted and is kept under constant review to ensure that it makes the most effective contribution possible to dealing with this societal problem,” said Donohoe.

Drugs worth over €11.4m have been seized after being sent through the post since 2015 in almost 5,200 separate packages containing over 1,233kg of illegal substances.

The range of drugs seized is extensive including cocaine, heroin and cannabis as well as amphetamines, ecstasy and “head-shop drugs”.

Packages arriving in main postal sorting centres are subject to risk-profiling and post-clearance controls, according to Revenue.

The country of origin of seized packages this year includes the US, Canada, Spain, South Africa, Indonesia and Thailand.

Gardaí claim the growing trend is a sign of the increasing popularity of sourcing drugs online because of greater privacy and lack of traceability with many suppliers using websites on the dark web with drugs paid for using cryptocurrencies.

The vast majority of cases are not investigated or prosecuted as the amounts involved are deemed too small and regarded as being imported for personal use. Drugs in such cases are usually destroyed.

Some packages are believed to be sent by criminal gangs testing new smuggling routes but the majority are regarded as the result of online orders.

In the case of larger quantities, gardaí posing as a postman will deliver the package and aske the recipient to sign for it before carrying out a raid on the premises.

Fred who based on this would recommend a sniffer dog at every An Post sorting office.  The Revenue have been on top of this Drugs smuggling for a number of years now, with the help of the Garda Drug unit, and we must mention, the Hawk eyed staff doing a great service in tracking the Parcels going through our Sorting offices.  Early this year, Mr Allen Jnr was caught trying to bring in Drugs through Portlaoise sorting office. Allen pleaded guilty, and is up for sentence on the 29th of November. It is alleged Allen got a number of parcels through before being caught by the Drug Squad. Allen had a well planned operation going, before his capture.

Fred’s interest in human nature wants to draw your attention to rehabilitation and options out of addiction.  This is just a sample.

MedCircle:  Anything to do with mental health discussed.

Opioid addiction kills 60,000 people each year in the US more than those Americans who died during the entire duration of the Vietnam war.

20 minutes listening to this will help you understand the importance of Rehabilitation and personalised treatment to direct a person away from a life of addiction.  https://www.medcircle.com/series/opioid-addiction-53718