Fine Gael TD Dara Murphy has defended his decision to claim full allowances despite being largely absent from the Dail for the past two years, insisting he is entitled to a second job and has complied with all rules on expenses.

In a statement seen by the Sunday Independent Mr Murphy, who is set to resign from the Dail next month to take up a new EU job, also defended his decision to work as campaign director for the European People’s Party (EPP) since 2017 while he was also serving as a TD in Cork North-Central. Mr Murphy has been the subject of an ethics complaint by Fianna Fail for claiming full allowances as a TD despite being largely absent from the Dail where he has not spoken since December 2017.

In his statement, the former EU affairs minister said he is not unlike other colleagues who have another occupation and insisted he has been compliant with all rules on attendance at Leinster House. Mr Murphy said in his statement: “Following recent media and political commentary I wish to state that at all times I have been compliant with rules for attendance at Leinster House. I will continue to provide any evidence required to the appropriate authorities. I attended at Leinster House the required 120 days in 2018 and should achieve the requisite number for 2019 and will make the statutory return when due.

“As a Minister of State I was precluded under law from any other occupation. As a TD I (and every other TD) can have another occupation. Many of my colleagues do so. While some colleagues have legal, medical, business, farming etc interests, I have remained in the political environment.” 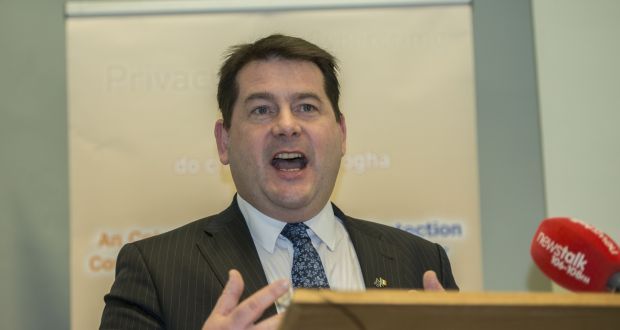 Dara Murphy has drawn his full TD’s salary of €94,500 plus parliamentary standard allowances totalling €51,600 per annum since taking up his job with the EPP in Brussels in September 2017. Photograph: Brenda Fitzsimons

Fianna Fáil has formally requested the Oireachtas to examine if Fine Gael TD Dara Murphy has breached ethics legislation by claiming full allowances despite being largely absent from Dáil proceedings over the past two years.

Michael Moynihan, the party’s whip, has written to the Oireachtas Committee on Member’s Interests asking it to inquire into Mr Murphy’s attendance record.

The Cork North Central TD has been in Leinster House on 24 sitting days out of 70 in the first nine months of 2019, and 42 of the 104 sitting days during the whole of 2018. It is the lowest attendance record of all TDs by a considerable margin.

The former minister of State has been based in Brussels for the past two years where he has had a full-time paid position as director of elections for the European People’s Party for most of that time. It is the centre-right political grouping in the EU of which Fine Gael is a member.

The complaint is believed to be based on his low attendance, his lack of participation, his low voting record (he has been present for only 32 per cent of votes since mid-2017), and his drawing of his full parliamentary and travel allowances of €4,300 per month.

According to the Oireachtas website, Mr Murphy has not spoken in the Dáil since December 2017, and has spoken only once at committee in the past two years. He has also submitted a total of seven parliamentary questions during 2018 and 2019, compared to hundreds submitted by most of his colleagues.

Mr Murphy has drawn his full TD’s salary of €94,500 plus parliamentary standard allowances totalling €51,600 per annum since taking up his job with the EPP in September 2017.

To receive the full travel and accommodation (TAA) portion of this allowance, worth €31,500 for a Cork-city based TD, Mr Murphy is required to clock in at Leinster House using an electronic fob on at least 120 days in a full year. He had done so on non-sitting days, often when returning from, or going to, other EU countries, usually on Mondays, Thursdays and Fridays.

It is understood Mr Murphy will resign his seat in early December to take up a new position as deputy head of the cabinet of Bulgarian EU Commissioner Mariya Gabriel. European Commission rules require that employees cannot hold parallel employment, so Mr Murphy will have to resign from the Dáil when he takes up the post in Brussels.

The new commission is due to take office on December 1st.

However, Fine Gael expects Mr Murphy to be present for a vote of no confidence in the Minister for Housing Eoghan Murphy to be taken in the Dáil next Tuesday evening.

The gravy train continues, Murphy is a Chancer, and he has no Respect for the people who voted him in as a TD in Cork.  This Idiot needs to be reined in urgently. FG do not need another Scandal after their collapse in the ByElections yesterday.