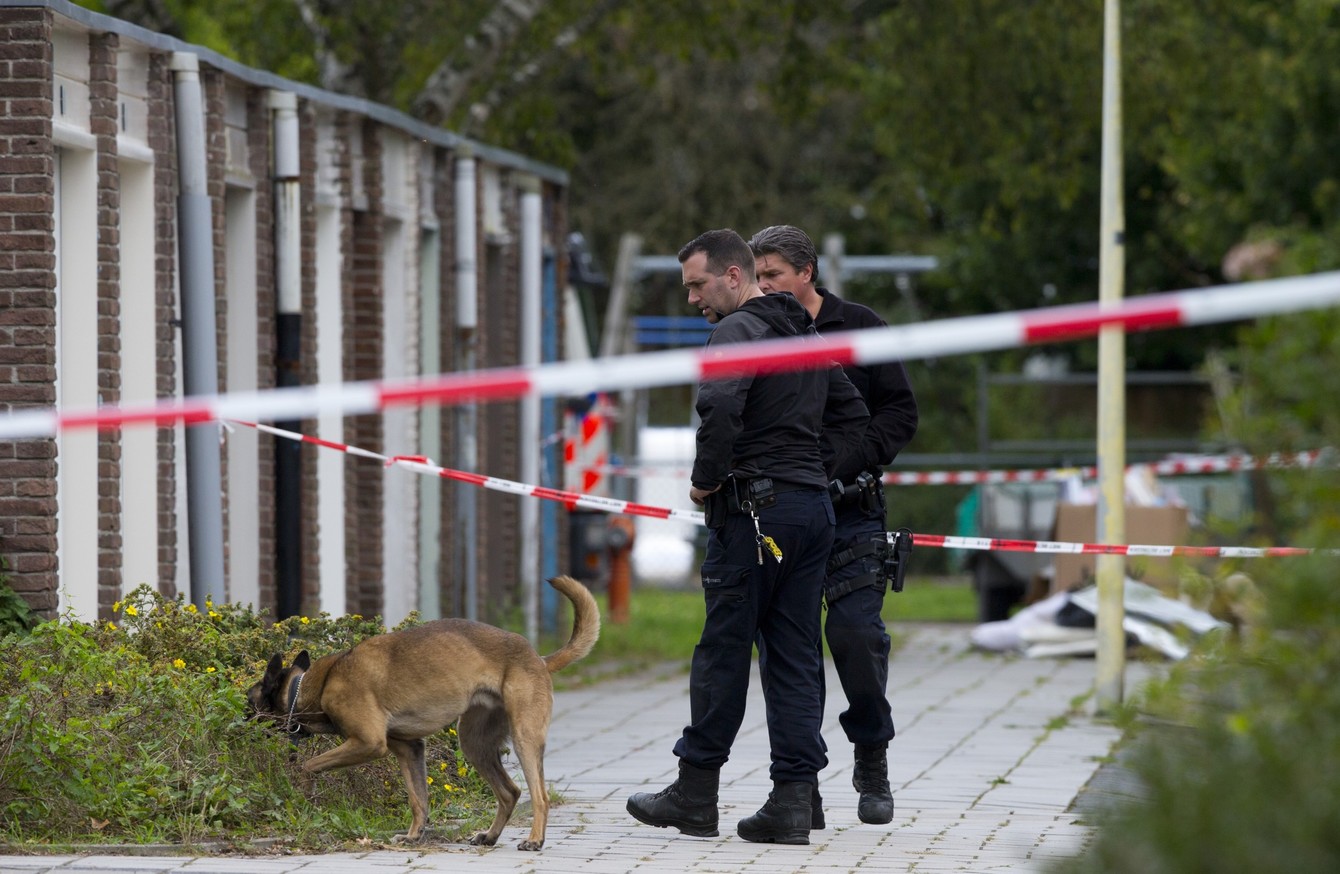 Forensic experts search for evidence in the area where a lawyer who represented a key witness in a major Dutch organised crime trial was gunned down in Amsterdam.
Image: Peter Dejong via PA

A DUTCH DEFENCE lawyer in a major gangland drugs case was shot dead outside his home today, raising fresh fears that the Netherlands is turning into a “narco-state”.

Derk Wiersum, a 44-year-old father of two, was gunned down in the street shortly after leaving his house in Amsterdam. Police are hunting a hoodie-wearing assailant who fled on foot.

Wiersum was the lawyer for a state witness named Nabil B. in a huge case against two Moroccan-born men dubbed the most wanted criminals in the Netherlands.

Prime Minister Mark Rutte said the killing in broad daylight in the Dutch capital was “incredibly disturbing” and that police were “on top” of the situation.

“This is very alarming news. The police and the public prosecutor are investigating,” Rutte told reporters.

The two suspects, Ridouan Taghi and Said Razzouki, are considered the most wanted criminals in the Netherlands, which has issued international arrest warrants for them for murder and drug trafficking.

The shooting of the lawyer came a year after Nabil B’s own brother was shot dead, raising questions about why Wiersum was not provided with better security.

One of Wiersum’s two children was at home at the time of the shooting, De Telegraaf newspaper said. Police covered his body with a white sheet while forensics teams investigated the site.

Amsterdam has long been known for its tolerant attitude towards marijuana, but a report commissioned by the city council earlier this month said it now had a major problem with drugs.

The report, called “The Other Side of Amsterdam”, said that “drug-related organised crime – the ‘underworld’ – exerts a significant influence on our city.”

One of the main Dutch police unions meanwhile said that the shooting showed the situation in the Netherlands was getting out of control.

“This is a confirmation that we live in a narco-state”, says Jan Struijs of the NPB police union. ”It is an attack on the rule of law.”

In 2018 the union made a similar warning about being a “narco-state”, saying that the government and politicians were underestimating the rampant crime, corruption, threats and money laundering.

Fred advised people to be aware that Gangland are becoming so powerful now; it is appropriate that we do not forget the murder of Veronica Guerin a years ago.