‘Inexcusable’ – Senator Catherine Noone apologises for ‘autistic’ comments about Taoiseach

FINE Gael Senator Catherine Noone has apologised and withdrawn comments in which she described Taoiseach Leo Varadkar as ‘autistic’.

In a statement this morning, Ms Noone said: “I unequivocally apologise and withdraw all of my remarks, as reported by theTimes.ie, which were completely unacceptable. My choice of language was inexcusable and wrong. I am truly sorry.

The Times Ireland reports that Ms Noone made the comments while canvassing in Dublin Bay North, where she is running for a Dail seat, last Friday evening. Ms Noone, who was Mr Varadkar’s running mate in Dublin West in the 2016 election, is reported to have been discussing the Taoiseach’s performance in the Virgin Media One TV debate when she described Mr Varadkar as a “very good politician”, but accepted he was “a bit wooden”.

She reportedly added: “He’s autistic like, he’s on the spectrum, there’s no doubt about it. He’s uncomfortable socially and he doesn’t always get the inbetween bits.”

Health Minister Simon Harris said today that autism should “never be used as a slur or a negative”.

“One in 65 people can be on the Autistic Spectrum – including someone I know and love dearly. As a society we need to become much more aware in relation to Autism and not use casual stereotypes,” he said.

A leading campaigner has said the reported comments are “offensive” and “deeply hurtful”.

AsIAm founder and chief executive Adam Harris, https://asiam.ie/ who is the brother of the Health Minister, told Independent.ie today: “Misconceptions around autism create enormous stigma which in turn cause mental health problems among community members. One of the most hurtful stereotypes is that people with autism are somehow less empathetic than others.

“Autistic people may display empathy in a variety of ways but we feel it every bit as much as other people. Many autistic people do not share their diagnosis with others and many other autistic people have never even diagnosed. In all circumstances it is deeply unhelpful to speculate.

“If the comment was meant purely as a kind of throwaway remark, reducing a complex condition which can present really challenges in day to day life to reserved personality traits, as opposed to a serious diagnosis it is even more offensive as it adds to the growing trend of the word ‘autistic’ being used as a negative connotation in day to day conversation.”

He said the comments highlight why politicians need to educate themselves about the experiences of 1 in 65 people in Ireland and “support AsIAm’s campaign for a National Autism Empowerment Strategy to help our community live healthier, happier and longer lives”.

According to the Irish Society for Autism, autism is a lifelong developmental disability that affects the way a person communicates and relates to people around them. “The ability to develop friendships is impaired, as is their capacity to understand other people’s feelings. All people with Autism have impairments in social interaction, social communication, and imagination,” the Society says on its website.

The Times reports that Ms Noone subsequently denied using the word “autistic” and then said she did not mean it literally. “I didn’t mean it in the sense of the actual illness or anything. I just mean he can be a bit wooden and lacking in empathy,” she said. “I shouldn’t have even said it in that way.”

She gave examples of potentially offensive words that could be used out of context, including “special” and “n***er”. She then clarified that she would never use the n-word, and said it was a bad example. 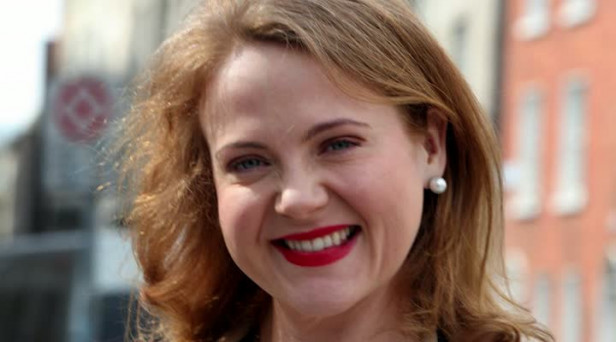 How to get involved this World Autism Awareness Week Catherine Noone Apologise.

Hi Miss Noone, maybe we can Educate you, maybe not?

World Autism Awareness Week will be back on 30 March-5 April 2020, and we’d love for you to join us to help raise much needed money and awareness. You’ll be doing your bit to help the 700,000 autistic adults and children in the UK.

Sign up for one of our events, either Spectrum Night Walks which are taking place in London, Manchester and Glasgow this year on 4 April, or 7k for 700k, a flexible, virtual event which anyone can take part at anytime, anywhere. Or why not do you own thing such as sell some baked or knitted goods to raise funds and awareness!

Sign up to receive the full guide of how you can raise awareness and funds this World Autism Awareness Week.

2004 Dr Fitzgerald (Husband of Frances Fitzgerald) wrote a book about Autism and people who may be within the autistifc spectrum.    It is interesting to note that this psychiatrist considered that Eamon De Valera, former President, Guerreilla fighter who opposed Michael Collins and the Treaty may have been on this autistic spectrum.  The comments by Catherine Noone must make her a brilliant historian and recorder of history about Autism.  I would suggest an apology from Ms Noone is appropriate. https://www.irishtimes.com/news/psychiatrist-says-de-valera-and-yeats-displayed-asperger-s-traits-1.1129324