Fred says:  Yes People Power speaks:  Mary Lou McDonald is joining in the Varadkar/Martin Election Debate.  Let us hope that Varadkar/Martin/McDonald listen to the concerns of the people across the entire Island of Ireland.  People all over do not feel safe in their homes, or even walking the streets and now we have a serious situation on our Luas and Dart – there are assaults on a daily and nightly basis.  Crime will be key on agenda for tonight’s debate along with Health and Housing and Homelessness.

Innocent relative of a feuding gang member was followed home in an act of intimidation.

The Irish Sun can reveal associates of paralysed gangland target Owen Maguire were the centre of a manhunt on Wednesday night in Drogheda, Co Louth.

The woman was tailed home by a car containing men suspected of being involved in the feud before she raised the alarm.

The Drogheda native was previously warned by the criminals she would be targeted with acid.

Gardai were at the scene within minutes and flooded the area in an attempt to find the thugs after the latest incident.

It comes as the Drogheda feud reached new heights with the murder and dismemberment of Keane Muldready-Woods, who was recruited by the Maguire mob at the age of just 14.

So far the feud has claimed three lives and seen a number of reckless attacks with innocent people caught up in it, including a taxi man — who has no involvement in crime — being blasted two times earlier this month.

A source said: “This is a shocking attempt to intimidate a completely innocent woman. There’s no doubt that these individuals were making a statement with this act.

“But gardai are policing the area heavily and are taking this very seriously.”

We can also reveal the same woman’s house has been previously targeted with a petrol bomb two years ago.

Last year, her relative was shot at in the same area when he was spotted nearby the home.

Another source said: “She has been tortured by these thugs only because she is a blood relation of an individual who is involved in the feud.

“She has no involvement in crime whatsoever. But this is a tactic used time and again by these gangs, targeting innocent people to try and get a reaction from rivals.”

Drug lords must be ‘shamed, despised’ for murder of teen, insists archbishop

Archbishop of Dublin Diarmuid Martin has lashed out at those behind the murder of Keane Mulready-Woods, saying the “horror” of his death showed how drug lords have sunk to the “lowest level of depravity”.

At a Service of Commemoration and Hope in Sean McDermott Street parish in Dublin’s inner city, Dr Martin stated:

“There is no place for dialogue with such depravity.

“We can only be satisfied when the real leaders are shown up shamed and despised for what they are and they finish locked up in ignominy.”

Dr Martin said the inner city community in Sean McDermott Street who gathered to commemorate lost loved ones had had to face more than its share of the “plague of drug abuse”.

It was a community that had been victim of the “heartless and unscrupulous exploitation of the drug trade for decades”.

“Even young children are being dragged into and entrapped in the world of drugs in order to enrich unscrupulous and heartless drug lords,” he added.

Meanwhile, the man who found the limbs of the 17-year-old, who was murdered and dismembered in Drogheda last month, has revealed his horror when he opened the sports bag that had been dumped from a car near his home on January 13.

The man said the sight reminded him of grisly Netflix drug cartel dramas like ‘Narcos’. “I’m haunted by what I saw in that bag. It shook me to the core,” he said.

He explained he was drawn outside his home in Moatview, Coolock by the sound of sirens coming from a Garda chase in the area, and saw the bag on a low wall at the junction of Moatview Gardens and Moatview Drive.

“I walked out to see what all the commotion was about and I noticed the bag. It looked fairly new and it was just sitting on the wall,” the man told the ‘Sunday World’.

“It was a long sports bag – I didn’t notice a brand on it. My first thought was that it was after being thrown out of a car and left there because of the police being in the area.

“I thought, maybe someone had forgotten their gym gear; that it was stolen goods, or it was drugs. And there was drugs found out there not so long ago so it wouldn’t have been too far of a leap.

“I picked it up and I went into the house with it. The bag was heavy – that’s what really piqued my interest.

“I thought there’s something important in this. We opened it up – me and another person in the house – after we brought it out to the front room.

“She thought it was meat from an animal but when I looked at it closely I said: ‘That’s not meat… that’s a human leg.’ And then I saw the arms and a pair of flip flops.”

The man said he went into a panic when he realised what he had brought into his home.

“When I realised what we had in the house I ran back out with it and put it back where it came from,” he said .

“They arrived about 15 minutes later and we said it to them that there were body parts in it,” he explained.

Gardaí had received intelligence Keane Mulready-Woods had been murdered as part of the Drogheda drug feud which has escalated in violence in recent months.

We need transport police – because people are now too scared to use the Luas.  Roaming Thugs have people in total fear of being attacked, and something has to be done to ensure people’s Safety

An election candidate told how she was forced to protect a non-national woman who was verbally abused and intimidated by a gang of young men on the Luas red line.

Carly Bailey, a Dublin south west candidate for the Social Democrats, has joined the call for Ireland’s first transport police following the incident.

She was on the Luas in recent weeks when several teenage males started to harass a young woman.

Ms Bailey, who was travelling from Tallaght to the city centre, intervened but the youths then turned on her, swearing and making veiled threats.

Ms Bailey is now calling for the creation of a transport police along with other political parties and the ramping-up of security on the Luas.

“They were taking the young woman’s hat off and when she snatched it back, they were laughing at her and telling her to calm down,” said Ms Bailey, who is also a councillor in Rathfarnham Templeogue.

“They just kept at her until I said ‘leave her alone’. Then they got aggressive, swearing at me, saying who did I think I was, that I’d better be careful.”

Another woman then intervened to help Ms Bailey and the young woman but the gang then turned on her, verbally abusing her and the same again when another woman got involved.

Ms Bailey said her husband Brian had also helped a man who was robbed at knifepoint by two male youths three years ago on the red line.

“We need a transport police to ensure passengers feel secure on their commute,” Ms Bailey said. “But we also need investment in young people in disadvantaged communities.”

He too supports the creation of a transport police and believes anti-social behaviour on the Luas has been allowed to “spiral” for more than a year.

Mr Burke has requested an urgent meeting with Transdev and the National Transport Authority on anti-social behaviour on the Luas. He said the youths harassing passengers, are able to do so with impunity and the situation has worsened due to a lack of action.

“They feel they can do what they like,” Mr Burke said. “No one has stopped them so their behaviour is riskier and riskier.

“The young men also know that if they do get arrested, the worst that will happen to them is a rap on the knuckles via the Juvenile Diversion Programme.

“I’ve had messages from people saying they’re now too scared to go on the Luas.

“If this keeps being left the way it is, there’s going to be a death, mark my words. Something serious has to be done to stop this anti social behaviour.

“We need round-the-clock marshalls on the Luas and then a transport police to be set up for the protection of passengers.”

Fianna Fail senator for Dublin South Central Catherine Ardagh claimed older people are “too scared to use the red line because of teenage thugs”.

She told of an incident which has been highlighted in recent days. A woman, believed to be African and from Tallaght, was targeted on the red line by a gang of youths on January 11.

Her hair was set alight but she isn’t believed to have reported the incident to gardai.

“We need security to be upped on the red line,” Senator Ardagh said. “Marshalls need powers of arrest. But we want a dedicated transport police then to be established.

“My friends who use the red line don’t feel safe, especially late at night. They feel scared. It’s just that atmosphere of intimidation from gangs of kids.”

Gardai have already told the Herald there are no plans to form a transport police. And Commissioner Drew Harris has earmarked a €23m cut in spending for the Dublin region.

A Luas spokeswoman said: “Regarding a transport police for Luas and other transport operators, we have an excellent working relationship with the gardai, however Luas is open to all discussions.

“We will continue to support communities along the Luas Lines and work closely with local community Gardaí to prevent further incidents of anti-social behaviour and to apprehend those responsible.”

Fred concludes:  Gangs are out of Control, and Galway is sinking in Cocaine.  It is an absolute disgrace to hear reports that Cocaine is at crisis distribution levels “Cocaine is a Blizzard” in Galway which is hosting being the year of  European Culture programme 2020  https://galway2020.ie/en/programme/ :  What a sad indictment if cocaine is snowing like a blizzard in Galway especially this 2020 year.

Cocaine in Galway: ‘It’s not snowing, there is a blizzard’

about 12 hours ago
Andrew Hamilton in Galway 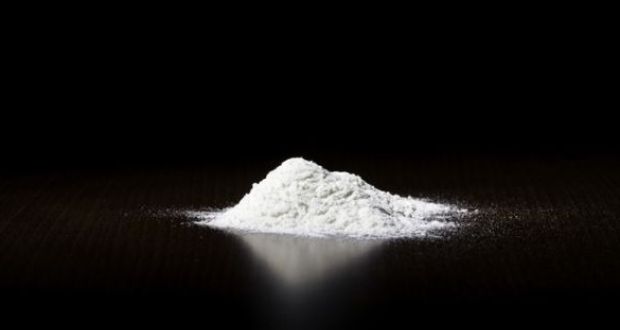 A HSE addiction specialist has described the drug problem in Galway as the worst he had seen in his 28 years working in addiction services in Ireland, the UK and Australia.

Speaking about the use of cocaine at a Co Galway Joint Policing Committee (JPC) meeting on Monday, HSE clinical specialist in addiction Joe Treacy, said “it’s not snowing in Galway, there is a blizzard”.

Freds summary: Ireland is awash with Drugs. Cocaine is the Celeb Drug among the young. Education and Community Policing is one Angle to tackle the Scourge of Drugs.  But the young need to Trust the Gardai, sadly what we hear on the ground, this is not happening. Too many Gardai lack basic manners and Social skills, a unform is not for people who Abuse it.