This outgoing Government have lost the battle on crime especially drug crime and if anybody is in doubt just ask people across the length and breadth of this country, from village, to town.  The incoming Government, whoever they are, will have to consider using the army as a back-up for the Gardai or maybe another consideration is that there is a need to get in some outside help because it is becoming so apparent now that the Dealers and their Foot Soldiers have no fear or regard for this Government, Gardai, or Law and Order.

Last week’s shocking killing is the latest chapter in a grim story of fear and intimidation, O’Keeffe

In the Moatview estate in Coolock*, where the limbs of Keane Mulready-Woods were callously dumped, a community bears a heavy burden felt mainly by the women.

The Sunday Independent spent a day in the estate last week, listening to residents, some of whom have lived there almost 40 years.

They spoke graphically of a community in the grip of violent criminals who rule the area with ruthless violence and intimidation. Criminals who appear to fear no law.

They spoke of council homes being boarded up** as whole families were forced to flee because of the drug debts of addicted sons.

A community is bearing the burden of the highly violent and highly lucrative drugs business.

Mothers said their worst fear was that their young sons would be lured to work for the drug gangs.

“I keep drilling it into him: ‘Don’t do nothing for nobody.’

“The dealers are ruthless and there’s drug-dealing on every corner. Every mother is afraid. Everyone is afraid. No one will stand up to them,” she said.

But it was her 35-year-old brother who caused her the most pain in recent months. He became an addict only a year ago when he began taking cocaine at parties. Soon, he was addicted to crack cocaine.

“He told me he was going to be shot unless the drug dealer got €4,500. I went to the credit union and said I needed a loan for a holiday. The drug dealer came to my door and I handed him €4,500 in cash.

“As he took the money, he said ‘sorry about that.’ I felt like killing him,” she said.

It seemed to her that “every second family” she knows in the area had been burdened with drug debts.

She said it will probably take her 10 years to repay the loan to the credit union.

But she later needed to get a loan for her family’s Christmas but she could not ask the credit union for a second loan. She went to a moneylender who gave her €1,000. She must repay the moneylender €1,500 in six months.

She continues to worry for her drug-addicted brother, saying: “I hope he gets treatment or I’ll end up in the nutty house.”

She said: “Crack cocaine and heroin are rampant in the whole area. I feel like it’s a cesspit and out of it I’ll never get.”

She wants more gardai in the area and CCTV cameras. She would like to see gardai “hassle” the dealers.

Politicians will be coming looking for votes but she could see no evidence of public money being invested locally in services for children and young people.

“There’s not even a summer project for our children. The young people need places they can go to but there’s nothing for them,” she said.

A 38-year-old woman who has lived all her life in Moatview* said she remembered being in youth clubs and going away on community trips in the summer as a child, but there was nothing like that any more.

The woman, glancing around the street to ensure she was not overheard by a group of young people nearby, spoke of blatant intimidation carried out by young drug gang members who hang around certain houses.

She said: “I can’t even stand around chatting in my front garden anymore because I’ll be accused of ‘spying’ and I’ll be told to get back into my house.”

She spoke of a reign of terror by youths acting as enforcers for drug debts and how young people owing as little as €50 being held down on the ground and having their hair cut off.

A mother-of-two said her brother was stabbed to death outside the family home 12 years ago when he tried to stop someone taking his car.

She said the local green area was undeveloped and she would love to see a playground and basketball court being built.

“There’s nothing for the kids. We need youth workers and activities for the young. Years ago we had more youth services but not any more,” she said.

A Polish single mother said she worried about her two young sons. She worked late shifts and her father looked after the two boys when she was in work.

Her father heard shooting two years ago and discovered a young man had been shot dead a short distance from the house.

She felt the Government and the gardai had “forgotten” about the area.

Four wheels were stolen off her car last year but she did not report the crime because she was afraid to be seen talking to gardai.

A 42-year-old mother said she was “worried sick” her 18-year-old son would fall under the influence of drug gangs.

She said her son was shocked that severed limbs of a teenager one year younger than him were found on the local green.

A 66-year-old woman, her woolly hat pulled down tightly against the winter wind, said her heart went out to people who were suffering because of drugs.

She was glad her six adult children had all grown up safely in Moatview.

Her family could have fallen victim to the drugs trade “but for the grace of God”.

She said the vast majority of the population locally were, of course, “very good people.” But now she worried for the future of her three grandchildren in a changed world and she was aware that some very young people were being “groomed” to work for local drug gangs.

“There’s a lot of fear. This killing has stirred up all the emotions and fear and panic. It’s horrific.

“Since it happened, I’ve tried to get back to feeling safe. It’s like our survival skills are being tested,” she said.

She added: “I just want things to get back to normal – whatever normal is.” 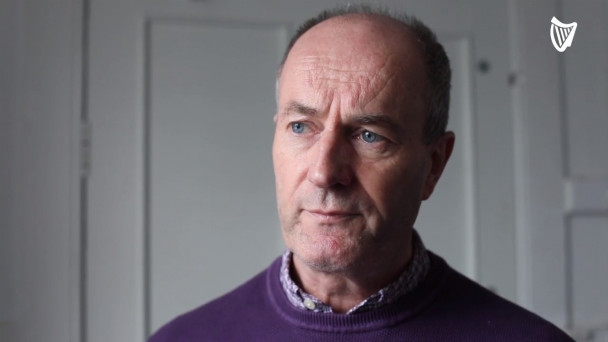 Fred says:  how can the Drug Thugs have so much Free Reign of an entire Estate, there must be a better way of Collective Policing to take down these Thugs. Have the Gardai and the outgoing Government lost the Battle of the Drug Gangs in this country?  We have a crisis in housing … well now we know why there are “Voids” yes empty council houses and it is related to drug culture.