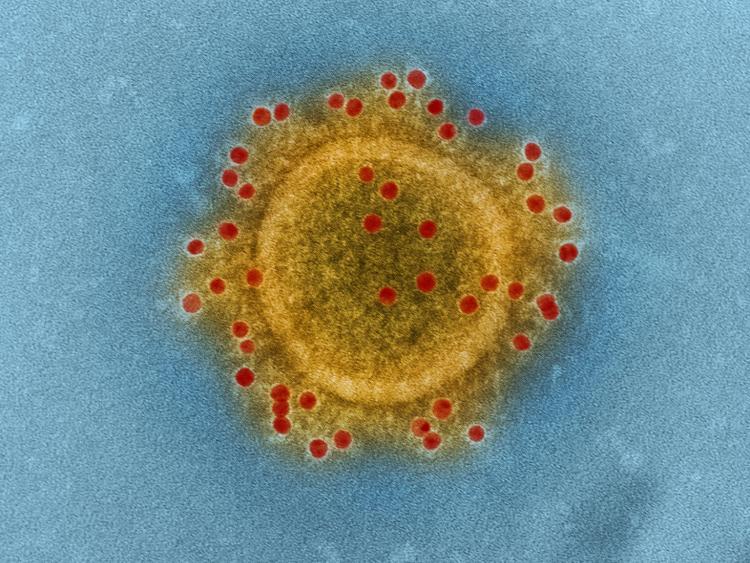 I have concerns regarding the spread of coronavirus (COVID-19) and our country’s early response to it.

South Korea has the second highest number of confirmed COVID-19 cases after China (6,593 confirmed cases on 06/03/20). 80,000 people have been tested. Whenever a new case is identified an emergency text message is sent to everyone letting them know where. Next a timeline is given of the person’s whereabouts over the previous 48-72 hours so that if someone has been to those areas, they can present for testing. Those places are immediately shut down and sterilised. (This could be an invasion of personal privacy, but it shows the lengths some countries are going to). All schools and many businesses have been shut the past week and will remain shut next week.

Contrast this with Italy: testing is now only on individuals showing symptoms. Here in Ireland after the first confirmed case Dr. John Cuddihy, director of the Health Protection Surveillance Centre, said ‘It is important to note that the risk of transmission through casual contact is low’. This is strictly probably true but very misleading as we know each person passes it to between 3 to 7 others and often do so before they realise they are a vector themselves.

Approximately 80% suffer mild symptoms, 15% need hospitalisation and 5% require ICU. If 0.2% of Ireland’s 5 million people contract this virus, that would mean 1,500 hospitalisations and 500 ICU admissions. Our secondary care system simply cannot manage it. We only have approximately 250 ICU beds in the whole country and they are at maximum capacity. Thankfully no deaths have been reported in those aged under 9 years.

In Ireland we are currently in the early phase of exponential growth. Exponential growth is a pattern of growth that shows greater increases with passing time. It is easier to understand when viewed on a graph (see below). The slope is gradual at first (allowing people to think that cases are under control). However, once a critical number is reached the graph bends steeply upwards as cases appear at quickening pace. I believe the critical number could be approximately 100 cases.

In Ireland the testing criteria were changed yesterday morning after the confirmation last night of our first case of community transmission in Cork.  The criteria now include those with fever of unknown cause plus other specific symptoms. This is to be welcomed. However, the testing criteria are still too strict. We will soon need to start testing anyone with any symptoms and even those without symptoms like is happening in South Korea or we will miss the potential for early identification of pockets of severe outbreaks. There are anecdotal reports of people returning from holidays in Italy over the past month with flu-like illness but not meeting the criteria for testing. This raises the possibility that coronavirus has been circulating undetected for the past 4-5 weeks.

Around the world the strategy is containment but very soon will be mitigation. China (30% of the world’s manufacturing) shut down almost all their industry in Hubei and the Greater Pearl River Delta. Japan has shut down schools. South Korea has closed schools and churches. Iran has mobilised 300,000 soldiers and volunteers. The US states of California, Maryland and Washington State have declared a state of emergency. Italy quarantined 11 towns in Lombardy and Veneto and is considering expanding the ‘red zone’. France has banned gatherings larger than 5000 in a confined space. Sweden has banned gatherings larger than 1000. Schools have been closed in Italy and in Greece. Europe is moving towards mass quarantine and social distancing.

The HSE is wisely promoting:

– Wash your hands properly and often
– Cover your mouth and nose with a tissue or your sleeve when you cough and sneeze
– Put used tissues into a bin and wash your hands
– Keep hands away from face (nose, mouth, eyes)
– Clean and disinfect frequently touched objects and surfaces
– Try to avoid close contact with people who are unwell

This advice is sensible and important. However, we must consider much more stringent measures. I believe these measures must be put into place in the next week or the virus may have spread too widely to contain. Consider that the doubling time of COVID-19 is approximately three days. We currently have 13 cases in Ireland, doubling every three days opens the possibility of 250-300 cases in 2 weeks time and greater than 1000 cases in 3 weeks time. Over the next few days people must be informed of the necessary social distancing measures so that they can prepare both psychologically and organisationally. We need to strongly consider the following:

Once a total number of 100 cases has been reached in a country, it seems almost impossible to contain. Singapore and Hong Kong (which is a Special Administrative Region of China) are the only two to hold their cases at around 100 (even Singapore reported 13 cases today). These are both city states so may have an advantage over other countries.

I realise these are highly unpalatable measures for anyone to implement. As a doctor I am only looking at what needs to be done to save lives. The government is faced with the uncomfortable responsibility of balancing three areas: stopping the virus, keeping the economy going and avoiding overloading the hospitals. Strong leadership is required. Draconian measures like shutting down whole cities was what was required in China’s worst affected regions. We must act quickly and decisively in the hope that we delay the spread until summer when warmer weather and sunlight may arrest COVID-19’s growth.

Failure to put in place these measures now will leave our most vulnerable citizens: the elderly, the immunocompromised and those with chronic diseases, requiring ICU beds and mechanical ventilation machines that will be simply unavailable. Our already understaffed and under resourced health system will be unable to cope.  We need to take early and decisive heed of the lessons from China and Italy. This is more contagious and causes more ICU admissions than viruses we have seen before. It can spread before someone shows symptoms. Other countries have reacted too late to the extreme, unpalatable measures that will be required to reduce the peak number and speed of spread of this infection.

Freds summary:  There are many questions left unanswered.  Here are a few:-  Why did it take Varadkar so long to cancel the St. Patrick’s Day Parade because people will be travelling anyway from various countries, not just in Europe but from America and these people should be advised not to travel.  We need to protect our citizens not leave them exposed to this potentially deadly virus.  How and Why were the Italians allowed travel into Ireland last weekend when there was no match on?  It beggars logic that a so called medical doctor (India and Irish) allowed this to happen.  Varadkar had choices but he proved again to be way out of his depth.  Now we have Cheltenham and the thousands of gamblers who travel and let us face facts, some of their wives, will be worried that they will gamble the roof from over their heads.  It has happened before and it will happen again.  But this time, we have the coronavirus / COVID-19 and how many Irish people could possibly be exposed to it at the Cheltenham Races. We need a stable Government urgently, in the last few months, I have learned Sindo Manic Eoghan Harris a former member of every party? is now a Adviser to Michael Martin and FF, God help them, FF had a disaster of a Election, and Martin should go now, but the real men? wont stand up and take him on. Forget Dara Calleary he is just a Muppet, clueless but cute like his Pa Pa a messenger boy TD for Haughey. As I said before SF got the peoples vote in this Election, they want Change, yet Martin snubs the people. FF will suffer next time out, Cosy deal or not, Martin is becoming the Monkey on FF,S back, who will get him off, come on John Mc Guinness, Fred