Government and Garda can use extreme powers to tackle Covid-19 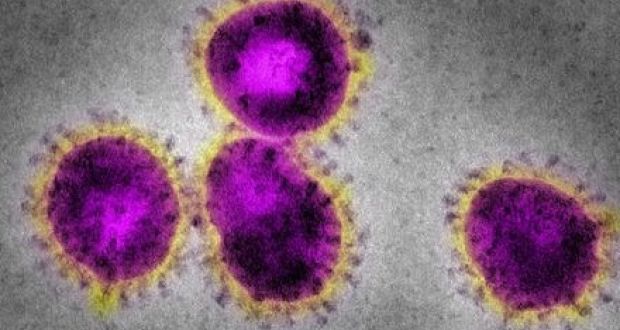 Public health staff were three weeks ago given the power to detain a person suspected of suffering from coronavirus so they can be put into isolation. Photograph: Getty Images

People who ignore advice about the spread of Covid-19
and who do not act in the best interests of public health
can face criminal prosecution resulting in fines and
imprisonment of up to six months.

Furthermore, public health staff were three weeks ago given the power to detain a person suspected of suffering from coronavirus so they can be put into isolation; to the extent a person can be detained against their will at an institution away from their own homes if a view is formed by medical staff home isolation is insufficient or not possible.

Covid-19 was added to the existing list of notifiable diseases in the Republic after Minister for Health Simon Harris signed the Infectious Diseases (Amendment) Regulations 2020 three weeks ago.

The Act adds that “force may, if necessary, be used”, and that Garda personnel and Garda powers can be used to support medical officers carrying out their duties and enforcing their decisions and instructions.

Furthermore, if a person attempts to resist being taken into isolation or aids another person to resist, or if they try to escape from isolation or help another person’s escape, they will be guilty of a crime punishable by up to three months imprisonment.

Medical staff, supported by gardaí, also have the power to enter premises for the purposes of checking if those inside have the virus.

Some of the provisions of the Act include limiting people’s movement, forcing them into isolation and demanding they stay away from specific locations.

It states that “a person who knows that he is a probable source of infection with an infectious disease shall… take every other reasonable precaution to prevent his infecting others with such disease by his presence or conduct”.

The Act adds that a person taking care of any individual they suspect is infected must also take reasonable precautions to prevent the person in their care infecting others.

Any person who “contravenes” these provisions could be summarily convicted and fined £50 (the fines are in pounds as it is under old legislation).

The provisions to force people into isolation are also contained in the Act, and now also apply to Covid-19 since it was added to the schedule of infectious diseases covered by the legislation.

Security and legal sources told The Irish Times they did not believe there were any laws in the Republic specifically empowering the Garda to seal off a town or city to combat the spread of infection or to introduce measures, such as curfews, aimed at limiting social interaction.

However, the same sources pointed out that Mr Harris now had the power to amend infectious disease regulations in a way that would give medical officers, backed by gardaí, very wide ranging powers, up to and including directing people to stay in their homes if necessary.

The Act sets out a wide-ranging list of provisions that Mr Harris could, if he wishes, now add to the Regulations for the Prevention of the Spread of Infectious Disease. It would be an offence to disobey these regulations, and Mr Harris can bring them into operation immediately without the need for new legislation or Dáil approval.

Measure set out in the Act that could now be added to the regulations by Mr Harris to deal with Covid-19 include:

* Adults being “required” to submit themselves and/or their children to medical practitioners for testing for an infectious disease which could include “permission to take blood or other specimens for examinations or tests”.

* People being “required” to “remain away from specified places” and the parents of children being required to keep their children away from these places.

* A “prohibition” on the parents of infected children sending those children to school or permitting them to go to school and “restrictions” being placed on allowing children who are “probable sources of infection” from attending school.

* The “furnishing by … managers of schools or colleges, at which cases of infectious diseases have occurred, of list of names and addresses of pupils or students”.

* Regulations could be introduced around the burial of the bodies of people who have died from infectious disease, and the “custody and transport of such bodies before burial”, including “restrictions on the holding of wakes”.

* Requiring health authorities to provide “medical services or institutional accommodation and treatment” at the cost either to themselves or to the recipients.

Anyone who contravenes the regulations can be summarily convicted and fined up to £100 for a first offence. For a second or subsequent breach a fine of £100 can be handed down as well as £10 per day for each day an offence was repeated and/or a term of imprisonment of up to six months.

Prof Dermot Walsh of the University of Kent law school said while significant powers were already active and others could be activated immediately, he believed bespoke emergency legislation specifically related to Covid-19, and to ensure a lockdown like Italy’s, may still be introduced.

“It should be borne in mind, however, that gardaí already have extensive powers to regulate the movement of individuals in public,” Prof Walsh added.

While these powers had not been framed with infection control in mind, they could still be used to that end. He cited the example of gardaí having the power to carry out immigration checks on foreign nationals at ports and airports.

“It should be relatively easy to enact legislation allowing the immigration and airport powers to extend to checking persons for the virus,” he said.

Garda sources added a range of everyday policing powers could be used to, for example, divert people away from an area and restrict their access to it.

“We can divert traffic away [from an area] or give people other instructions, and if they fail to comply with a direction that’s a specific offence in itself,” said one source.

Other gardaí who spoke to The Irish Times had more pressing concerns.

“How many in the [Garda] organisation will get this thing, and how will it effect the service we can provide?” he wondered.

“There is talk that [gardaí] and Defence Forces personnel may have to be drafted into the jails to staff the place if there’s an outbreak there among the [prison officer] staff and the prisoners. And something like that will also hit us.

“I think what we should be hearing is about leave being cancelled for at least a month; in [the Garda] and the Defence Forces. At least then we would have the maximum number of people available to us. But it may be a bit early for that yet; an announcement like that might only cause panic.”

Another Garda source believed the Irish public would be “overwhelmingly compliant” if public gatherings were banned and other measures were introduced to limit people’s freedom to travel or to leave their homes.

“At this stage you couldn’t see this breaking out into significant unrest or disturbances on the streets. I think a lot of things would have to go very badly wrong for a long time before we got to that.

“But when we had the snow a few years back, we had a bit of looting on a supermarket. That could possibly happen again, you don’t know that. But you wouldn’t need any special [policing] powers to deal with that.”

Other security sources believe the first obvious signs that the Garda or Defence Forces were being mobilised against Covid-19 would be the sight of troops erecting what one described as “tented villages”.

“We are hearing that will be happening, either outside hospitals or in Army Barracks,” said one source. “People will be tested there or maybe even treated there if the hospitals are overrun.”

Fred says:- We are in the face of one of the deepest crises in modern global history.  Across the world people are in lock-down.  In certain countries, the Army and the Police patrol the streets and the roads in order to prevent people from holding large gatherings to stop the spread of this evil corona COVID-19 Virus.  In the middle of all this Ireland has no Government but all the Clowns in the Dail are fully paid since the last election and the other Clowns who lost their seats have cost the Irish taxpayers millions.  THEY HAVE RECEIVED THEIR FAT CAT LUMP SUMS AND PENSIONS AND DON’T EVER FORGET THAT OUR DAIL CLOWNS ARE PAID FULL-TIME WHEN THE TRUTH KNOWS THEY ONLY WORK PART-TIME BECAUSE THEY OWN COMPANIES, HOTELS, FARMS AND NUMEROUS PROPERTIES BECAUSE MOST OF THE CLOWNS ARE LANDLORDS.  THESE CLOWNS ARE FROM FG AND FF, NOT SINN FEIN BUT YET THE SAME CLOWNS WILL ALWAYS QUESTION SINN FEIN’S FINANCES BUT NEVER THEIR OWN.  In the meantime, what about Ireland’s version of the Orient Express town.  Before the fall-out it was booked out for almost two years – now it is alleged that Leo is meeting Micheal Martin on this train on Thursday for talks with their legal advisers to form the Grand Opera Coalition which could include Michael Lowry and we all know his CV plus Denis Naughton who was dumped from Cabinet and the Haulier Verona Murphy who also was dumped by Leo.  This election fall-out is becoming an absolute travelling circus and sources tell me that at least 14 FF TD’s want Martin out immediately.  Why?  Because he is the only man who can lead a party and yet remain totally invisible.  Where is Mattie McGrath?  Where is John McGuinness?  Where is Eamon O’Cuiv?  But then more importantly, the people of Ireland are watching on (in FEAR) and they want change and people voted Sinn Fein FOR CHANGE and yet Micheal Martin has a bitter fixation against Mary Lou personally and the TD’s in Sinn Fein and Mary Lou he appears to hold a personal contempt for.  Martin was part of many FF Governments.  He even was in Health for a few months with 8 advisers before he ran out with his tail up his ass.

Martin expelled Bertie Ahern from the Party for LIFE and I would really love to know why this vindictiveness.  Ahern may have had his faults but he led FF to three election victories and along with Adams and McGuinness he brought the IRA to the negotiating tables which resulted IN THE GOOD FRIDAY AGREEMENT 1998.  NOW WE HAVE A PANDEMIC AND WE HAVE THE CHANCERS WITHIN FG AND FF BITCHING AND BACK BITING LIKE ELDER LEMONS IN THE BACK OF THE POST OFFICE.  WE NEED A GOVERNMENT.  WE NEED HOPE IN THESE DARK TIMES.  WE NEED MEN AND WOMEN TO STAND UP AND BECOME LEADERS BUT MORE IMPORTANTLY WE NEED VERUKA AND MICKEY MARTIN TO RESPECT THE VOTE OF THE IRISH PEOPLE WHICH RESULTED IN SINN FEIN REALLY WINNING THIS ELECTION.  SO I SAY TODAY YOU MAY HAVE YOUR GRAND COALITION BUT THE PEOPLE WILL NOT FORGET AND SINN FEIN WILL BE BACK, STRONGER AND WISER.  FRED

Please, if interested about who should Govern our Country:  this is an opinion worth consideration.  https://headtopics.com/ie/political-institutions-face-the-ultimate-test-11876065