‘This is not nearly over’: Coveney calls for new government to tackle ‘invisible enemy’ 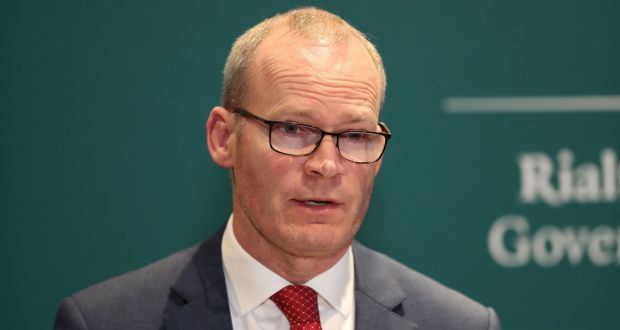 Tánaiste Simon Coveney has warned of the need for a new government to tackle Covid-19. Photograph: Nick Bradshaw/The Irish Times

Tánaiste Simon Coveney has warned of the need for a new government to tackle Covid-19 and that Irish society needs to brace itself for a lot worse to come.

“This is not nearly over,” he said as he called for a new government that is “strong and stable. One that is realistic, ambitious and diverse.

He said part of his priority “now must be finding a way to work with others to design a basis for a government that can command a lasting majority in the Oireachtas”.

‘Working majority’ needed, says Varadkar as FG and FF edge closer to accord 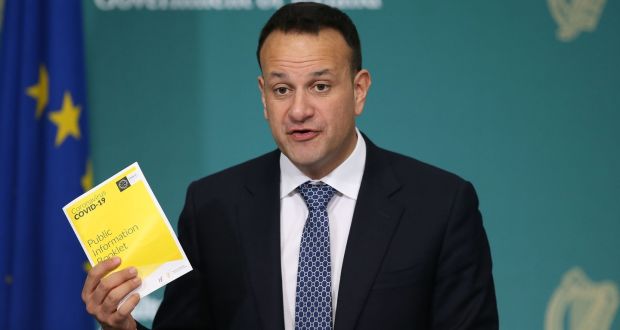 Taoiseach Leo Varadkar: In the midst of the coronavirus crisis, Fine Gael and Fianna Fáil accept they need to agree a programme for government. Photograph: Nick Bradshaw

Fine Gael and Fianna Fáil have reported a breakthrough in talks on a new government, with both sides expecting negotiations on a new administration to accelerate in the coming weeks.

In an agreed statement issued by both parties on Wedesday night, they said they had a “productive meeting” that afternoon and agreed the “need to form a strong, stable government that will help Ireland recover post Covid-19”.

“They are working to develop a programme for government that provides stability and majority support in the Dáil,” the statement said.

This is the first mention of a programme for government – the key agreed document that would underpin any new administration – after weeks of talks and was regarded by both sides as a breakthrough, sources said on Wednesday night.

Fred in pure Bewilderment as to why Mary Lou McDonald, Sinn Fein is excluded, when they received the majority of Votes?

We need a 3 Party Government in these Dark Times. The number of Deaths in Ireland are rising, and this will continue. What about the Homeless in their thousands, they are very Vulnerable, and Homelessness is the Legacy of this FG Government. Many sources inform me, FF TD’s are not happy entering a Grand Opera Coalition with the Blue Shirts and there could be some Fianna Failers leaving, hopefully this is correct. The whole country are in LockDown and many people are living in Total Fear, their Jobs wiped out, with at least 370,000 jobs gone already.

Change was Voted for by the Irish people, and what will we get; 2 lame Ducks, Leo and Michael (who must be the weakest FF Leader in their History). Here is another letter from Dr Gerald Morgan, it states the Truth. Homeless people are very vulnerable against this terrible Virus and the Elderly in our Nursing homes are now exposed to it. People need clear Leadership urgently, not Bitching and Backstabbing between Varadkar and Martin, who are allegedly said to Despise each other. If this Opera is to be played out then it must be a better perforamnce than the last Cosy Deal attempt at Government. The Greens are the Morons who destroyed this country 12 years ago, now Ryan the Muppet is back for the Merc?

The English Parliamentary Party congratulates Sinn Fein in moving, as Fianna Fail and Fine Gael before it, from armed struggle to parliamentary democracy.

Irish voters recognised this political transformation on 8 February 2020. We must accept their political judgment in these critical circumstances unforeseen by us all.
Sinn Fein, Fianna Fail and Fine Gael must now come together in the national interest to form a government of National Unity.
The people of Ireland will find the English Parliamentary Party a trusted friend.
Kind regards,
Gerald Morgan, FTCD (Leader: English Parliamentary Party, 2001)
Dr Gerald Morgan, FTCD (1993)