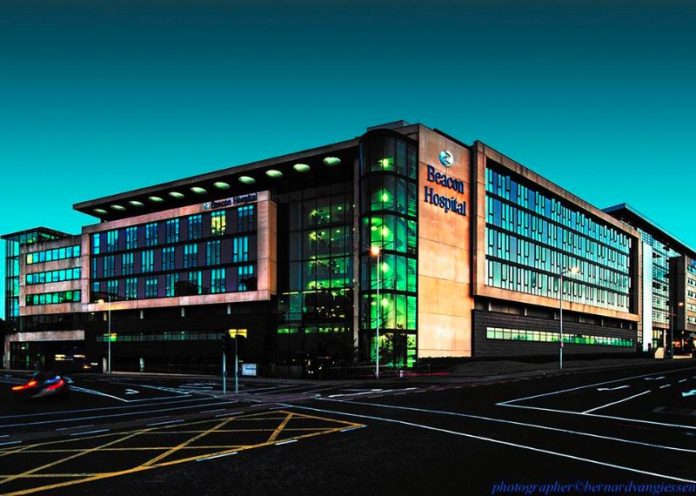 Fine Gael have revealed only part of the deal they reached with private hospitals. They have set up a Public Private Partnership arrangement which means that the exact agreement will remain a commercial secret. Even TDs will be prevented from examining the deal.

What we know is that the state will pay for the use of the beds. How much, we are promised, will be revealed at the end of this crisis.* To assuage public anger, Varadkar and Harris claimed it was on a non-profit basis and will be assessed by ‘independent’ auditors.

However, this is simply PR spin.

Costings in private hospitals are mainly notional and patients (or their insurance companies) are fleeced. The Mater Private charges €1,000 a night for bed occupancy in a single room and €813 for a multi-occupancy room. They hardly charge the state much less – while still claiming that they are not profiting.

‘Independent’ auditors have a long history of ripping off the HSE and, no doubt, will agree to these costings, provided they get their share. Back in 2005, for example, the Comptroller and Auditor General slammed the accountancy firm Deloitte for excessive charges on ‘project management’ where costs rose from a projected €9 million to €131 million.

There are three main types of owners who will benefit from this deal.

First, there are the captains of Irish capitalism  – Denis O’Brien and Larry Goodman. O’Brien took over the Beacon hospital in 2014, assisted by the write down of an Ulster bank debt of €100 million to €40 million. Goodman has taken control of three private hospitals, Blackrock, Galway and the Hermitage. Both O’Brien and Goodman have a long history of dodging tax to the Irish exchequer while reaping the benefits of state pay-outs.

Second, there are a number of global corporations who have moved in. Thus the Mater Private is now run by Infravia Partners, a subsidiary of the telecommunications company, Cignal, while the US health care company UMPC has a base in Waterford.

Third, there are Catholic institutions which have turned themselves into businesses. Foremost among these is the Bons Secours, which have now liked up with a US Catholic network. The Bon Secours, coincidentally, was the religious order responsible for the Tuam babies scandal. Also in this league is the St Vincent’s HealthCare group.

The one positive feature of Varadkar’s announcement is that it highlights the sheer scale of the private hospital network in Ireland.  He announced that 19 hospitals and 2,300 day beds will now be put at the service of the state on a temporary basis, including 1,000 single room beds.

In total, the private hospital beds now account for one sixth of the total bed capacity.  This is a direct result off a policy of privatisation by stealth which has been pursued by both Fine Gael and Fianna Fail. This is demonstrated by the subsidies given to private hospital and the deliberate run down of the public system.

For every €100 million in construction costs, the private hospitals were offered €40 million in tax breaks. Ongoing subsidies came in the form of the National Treatment Purchase Fund whereby the state pays for patients to be treated in these hospitals.

The run-down of the public system was designed to push more people towards the private system. But this vandalism has now left the Irish population in acute danger as we have the lowest number of hospital beds per head of population in Europe.

Despite the fact that a host of commentators have been warning about this for some time, Varadkar has been the foremost apologist for the rundown.

“More beds and additional resources can lead to a slower work rate among hospital staff…What can happen in some hospitals is sometimes, when they have more beds and more resources, that’s what kind of slows it down…Because they [hospital staff] don’t feel as much under pressure…When a hospital is very crowded, there will be a real push to make sure people get their x-rays, get their tests and, you know, ‘lets get them out in four days.”

Today in the midst of the crisis, Fine Gael is playing a different tune, hoping to escape the inevitable public anger.  So they talk about everyone being treated equally in this crisis. Yet if people are all equal before Covid-19 why do we revert to a two-tier system to deal with cancer, cardiac, or any other kind of medical care.

It makes no sense.

We need to take the private health hospitals into public ownership immediately. We need to tell the likes of Goodman and O’Brien that the healthcare of Irish society comes before their profit. They are wealthy enough to forego any claims for compensation.

The crisis has opened the possibility of a different world. Let’s start by giving Ireland a genuine National Health Service where all are treated equally and which is funded from general taxation.

EU and other countries are focused on a universal health system available to all people free by the year 2030. 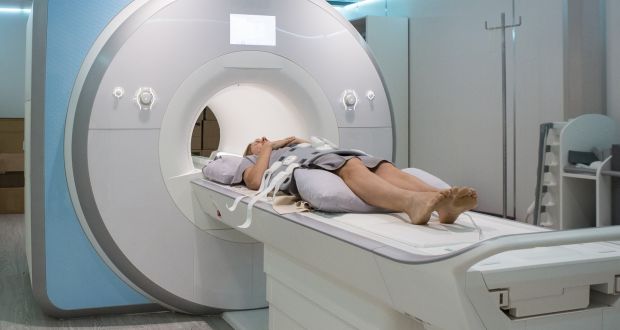 The estimated €115 million that the State will pay each month to use 19 private hospitals during the Covid-19 crisis will go to companies owned by religious orders, foreign investors, two billionaires, a vulture fund and private backers.

The members of the Private Hospitals Association, which have about 2,500 beds between them, have agreed to effectively operate as public hospitals for the duration of the crisis. They will be put at the State’s disposal on a “non-profit” basis.

But although the Covid-19 crisis may not yield a financial return, the sector remains home to high-profile commercial investors. Several invested in tax-driven deals in the frothiest years of the Celtic Tiger just before the last crash, as the sector expanded along with the economy and disposable incomes.

There was a shake-out during the crash as many in the sector reckoned with heavy property debts. Many hospitals changed hands as the economy recovered in recent times and they appeared to be gearing up for a new boom.

However, the economic fallout from Covid-19 will dampen those prospects in coming years. Higher unemployment means fewer customers will avail of the private health cover that is the private hospitals’ lifeblood.

Here are the main players taking part in the State’s Covid-19 scheme, ranked in order of size, as measured by their approximate numbers of inpatient beds.

The Bon Secours Health System, owned by the religious order of the same name, is the largest private healthcare provider in the State, with five hospitals. Its board includes corporate heavyweights such as former AIB chief executive Michael Buckley, and former PwC partner Peter Lacy.

It is listed as a not-for-profit organisation but, ironically, Bon Secours appears to be among the most lucrative of Ireland’s private hospital groups. Its turnover in 2018 rose 9 per cent to €286 million while its profits roughly doubled to €5.3 million. Its balance sheet shows accumulated profits of €85.7 million.

It has developed close links in recent years with American operator University of Pittsburgh Medical Centre (UPMC), which owns two other hospitals in the State.

The three private hospitals in which Goodman is a major investor do not operate as a group but, on the basis of several very recent deals, the billionaire may be assembling them as a package. If they do end up in a group, it would be easily the most financially powerful in the sector.

He is a long-time investor in Blackrock and took his stake to 64 per cent last month after he bought shares owned by Joe Sheehan snr, with whom he has repeatedly clashed in court. And it has since been reported that he has taken this stake to 84 per cent by acquiring the stake of another founder of the clinic, Dr George Duffy.

In December Goodman bought another Joe Sheehan snr stake for full control of the 146-bed Galway Clinic, where he was previously a minority investor. It had revenues of €96 million and profits were up by a quarter to €6.4 million.

Hermitage Clinic in Lucan, which opened at the height of the Celtic Tiger with Goodman among the minority investors alongside Joe Sheehan’s brother Jimmy – another Blackrock Clinic co-founder. Its chief executive recently left after a falling-out with Goodman. The billionaire has agreed to buy out the one-third stake owned by developer Seán Mulryan, which will give him two-thirds control. It had revenues of €74 million and made a profit of just under €1 million.

Benchmarks:  UK have had to requisition beds.  How does their deal compare (completed in March 2020)?

There are 570 private sector hospitals in the UK.

Empty hospital room with bed …. So the time is now as the NHS could pay millions to rent private beds during the coronavirus outbreak (Picture: Getty)

The NHS will have to pay millions of pounds to rent beds from private hospitals to cope with the coronavirus outbreak, according to a new report. The Government is currently in talks with health firms to secure more beds to meet the demand caused by the pandemic. It could cost the NHS around £2.4 million per day to rent the space, the Mirror reported.

The GMB Union has called on the Government to ‘requisition’ private beds to fill the demand.

A Man with Down’s syndrome hugs mum after beating coronavirus

It tweeted: ‘This is a public health emergency…. ‘Not a business opportunity for shoddy private healthcare chums to profiteer from distress. ‘It’s time to take back these beds for the NHS. Rent-free.’ Ashworth is in favour of ‘requisitioning’ private hospital beds (Picture: PA) Shadow Health Secretary Jon Ashworth supported the requisition, adding: ‘It’s disgraceful that private healthcare companies are making a profit out of the coronavirus.

‘The beds should be used by the NHS. Rent free.’ NHS Chief Executive Sir Simon Stevens said: “The scale of the challenge we face means we can’t do this alone. ‘We need every part of society and every industry to ask what they can do to help the effort.’

But for Ireland the foregoing is for the purpose of comparison only.  Requisition is the word appropriately used in the UK in early March 2020 whereas in Ireland, we pay no heed to “their deal” and we choose to snuggle up and yet again over reward the Emperor’s of the Billionaire elites in Ireland and pay them vast sums of money to add more beds in this “Act of God” coronavirus COVID-19 Pandemic wreaking havoc in Ireland but also globally.

“Opportunity Comes to Pass not to Pause”.  Mr Jeff Smurfit Snr gave this advice to a dear friend of his many decades ago now.

John Crown:  Our health service is not underfunded, it is malfunded, with a model that incentivises inefficiency, and only a true reform of HSE funding, and the expansion of VHI to a universal system, can fix the problems.

World Health Organisation:  US is perceived and has acted as Leader of the WHO and the WHO is now challenged by President Trump who has stopped $400 million funding.  It is interesting to note that the US is $200 million in arrears.  I would recommend this article: https://popularresistance.org/what-trumps-funding-cuts-to-who-mean-for-world/ Search for Taiwan  “Taiwan has made robust responses”…  On a TV programme in the first two months of COVID-19, a woman doctor, (Dr Regan) drew referrence to Taiwan which experienced SARS in 2003.  Taiwan should be examined thoroughly.  It is not a member of WHO.  Also it is worth noting that the US pay a multiple of 10 times the amount paid by China and it is a democracy.  194 countries are their remit.