DRUGS baron Daniel ­Kinahan is negotiating to have one of the biggest proposed fights in boxing history staged in the ­Middle East, a top figure in the sport has claimed.

Boxing powerhouse Bob Arum has revealed how he has “great confidence” in the feuding mob boss, who is actively working on getting Tyson Fury vs Anthony Joshua to happen.

Arum, 88, told how Don King wannabe Kinahan is working as an advisor in the sport and has “great connections”.

The Top Rank chief says Eddie Hearn, who represents Joshua, and Frank Warren, who promotes Fury, have taken a back seat as Kinahan tries to set up the bout.

His interview is one of a series given by boxing figures  in recent weeks on Kinahan — who he dubs “Dan” — despite his involvement in major organised crime.

Arum told how his promotion have been working with MTK — which was founded by Kinahan — on events that are being broadcast in the US on ESPN.

He said: “Our relationship with MTK has been tremendous and particularly with Dan who was the original founder of MTK.

“And now is still an advisor to them and is in effect our advisor regarding the Mid East.

“He’s living in the Mid East and he has very good connections.

“And so we early on seeded to Dan the authority to explore opportunities in the Mid East on behalf of Top Rank.

“We told Frank (Warren) what our preference was and Frank agreed to go along.

“His company is the co-promoter of Tyson Fury.

“We’ve even been talking to Eddie (Hearn). ‘Let’s not go crazy with everybody talking to different people in the Mid East — let Dan field all those proposals and report back to us.’ And so that’s what we’ve been doing.”

And Arum says this will lead to a fight between the two mega names in the Middle East with huge figures.

He added: “That’s what Dan is looking into because everybody trusts Kinahan with handling that situation — whether it’s Eddie, or Frank or myself.

“So Dan is like the captain when it comes to the practicalities of doing a fight in the Mid East.”

Kinahan —  who remains at the centre of probes by both gardai and Spanish authorities — has also been working on getting a bout between boxing star Manny ­Pacquiao and Terence Crawford going in the Middle East too.

Arum explained: “We’ve had other major fights that we would like to do in the Mid East.

“Like for example a Pacquiao/Crawford fight which Dan has been working on.

“And he has been a real rock for us in seeding, going through all of these proposals and seeing what’s real and what’s not real.”

Mobster Kinahan first stepped into the sport when he founded MTK with British-Irish ex-fighter Matthew Macklin, who has no involvement in criminality and who Daniel claimed in 2015 was his “best friend”.

But the firm — originally known as MGM — insists there is no association with the Kinahan ­cartel since they broke ties with Daniel in 2017.

However he still negotiates and advises on behalf of their fighters — including Billy Joe Saunders, who recently claimed Kinahan sorted his fight against four-weight world champion Canelo Alvarez, which has since been called off.

And now his influence in the top tier of boxing — despite his involvement in the drugs and arms trade — has been unveiled.

‘KINAHAN IS ONE OF MY FAVOURITE GUYS’

Arum, who first promoted a fight in 1966 when Muhammad Ali took on George Chuvalo, explained how he met with Kinahan in Dubai once for four or five days and then in Kazakhstan last year for a charity event.

He said: “Kinahan is one of my favourite guys because I like the deal with guys, no-nonsense people, whose word is their bond and that’s what it’s been with Daniel.”

And questioned on his influence in boxing, Arum said: “I think Dan’s influence is tremendous because people trust him.

“Because he maintains good relations with all the promoters including Top Rank, that it’s a lot easier for promoters to go along with Dan, rather than maybe do it themselves.

“Because he really serves as a fair type of buffer with promoters who may be at odds with each other like Frank and Eddie.”

He added: “Sometimes promoters get full of themselves and carry out feuds against the other guy without looking at the overall ­picture.

“To have a guy like Dan involved, that nonsense gets either diminished or cut out entirely.”

The interview was aired on a YouTube channel called iFL TV, who have broadcast a series of chats with boxing figures singing their praises of Kinahan.

The scumbag was the target of the attack at a boxing weigh-in at Dublin’s Regency Hotel in 2016, which shocked the world and claimed the life of one of his most trusted gangsters, David Byrne.

Kinahan was due to step out from the underworld at the event as a legitimate businessman — but instead it proved to be the catalyst of Ireland’s bloodiest feud between the Kinahan cartel and Gerry ‘The Monk’ Hutch’s gang.

But over four years on, Kinahan —  who fled Spain in 2017 for Dubai where he remains in exile — now appears to be trying his hand at the move again.

At the end of March, he posed with MTK’s new advisor Mohamed Bin Mansoor Al Arayedh who later published the snap online.

Subsequent reports saw a major backlash from MTK figures, like Billy Joe Saunders and UFC’s Darren Till who hailed the crime boss, who took the reigns from his dad Christy, aka the ‘Dapper Don’.

Boxing stars then rallied around Kinahan at the beginning of April after a new rap track claimed State agencies set him up to be killed in the Regency Hotel horror.

It was widely shared by fighters — including Fury — and began a social media campaign on Twitter.

But the Regency attack was in response to the murder of Gary Hutch, who was once one of Daniel’s most trusted lieutenant, on the Costa del Sol a year earlier.

Hitman James Quinn was later found guilty of the murder and is serving 22 years behind bars.

Cops had told the court the killing was ordered by Daniel.

The Kinahan and Hutch feud has so far seen 18 murders in total.

Of those, the Kinahans have been responsible for 15.

We previously revealed how Kinahan and his younger brother Christopher sent out a brochure with a caption describing the pair as boxing promoters.

It was sent to dozens of firms in the Costa del Sol as part of their bid to secure funding for white collar boxing events.

Although the Kinahan cartel remains Ireland’s main source of drug importation, gardai have had major successes in tackling them.

Senior member Liam Brannigan was recently caged for a plot to kill Dublin gangster Gary Hanley and Kinahan is a wanted man for the failed plot to kill Hanley as he is suspected of ordering and supplying cash to the kill team.

In 2018, the Criminal Assets Bureau provided submissions to the High Court as part of their successful case against Daniel’s close associate Liam Byrne.

The file read: “The Kinahan group is an international gang involved in the importation and controlled distribution of drugs into this jurisdiction, the UK and mainland Europe.

“It has bases in Spain, the UK, Netherlands and Dubai.” 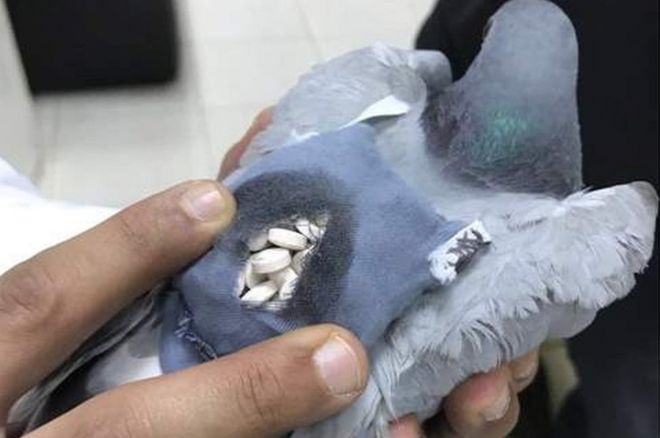 Fred summarizes they will all be flying in their private jets or first class (carrying their perks) with their Birdies?