The Star today writes Major Broadcasters here and in Britain are going to Shun the Fights. In the meantime Irish Diplomats are in Talks to convince the United Emirates that Kinahan is involved in serious crimes. It will be a long Journey, but the Kinahan Documentary and the Rap song went a step too far, in trying to make a Joke of the Irish Government, Gardai, and the people of Ireland as a whole. Kinahan seems to think he is Above the Law in Ireland, time will tell if this is True.  The Department of Foreign Affairs need to also investigate the alleged arrangements with the King of Bahrain’s son.  Bahrain has links to the Royal College of Surgeons in Ireland going back decades so Bahrain may also be open to talks. 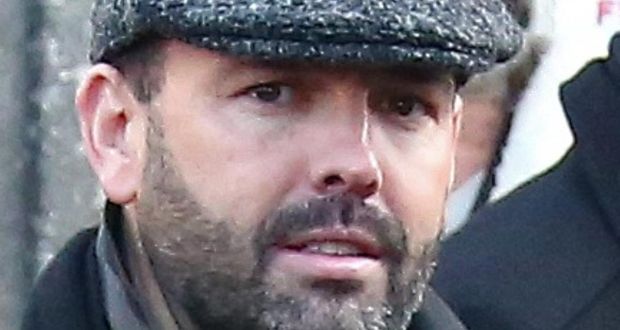 Daniel Kinahan: role in the Tyson/Fury fight is “an insult of the communities he’s poisoned, not only in Ireland but all over the world”.

A retired senior garda has called on the Government to pressure the United Arab Emirates (UAE) to eject criminal boss Daniel Kinahan from the country.

Brian Sherry, a former detective inspector who investigated organised crime in Dublin, joined several politicians in calling on the Government to exert diplomatic pressure on the UAE following the announcement that Kinahan has helped broker the highly anticipated bout between heavyweights Tyson Fury and Anthony Joshua, a fight which will net hundreds of millions in profits for those involved.

“This Government is inept and that’s putting it mildly. They should be absolutely hammering on the door of the Arabs, telling them throw [Kinahan] out and eject them back to Ireland where he can face trial for the crimes he has committed against the people of Ireland. It’s ludicrous,” said Mr Sherry.

On Thursday, Taoiseach Leo Varadkar told the Dáil “there has been contact” with the UAE about the matter.

A Garda spokeswoman declined to say if the force had informed UAE police about Kinahan’s role as head of the organised crime group which he inherited from his father, Christy. The Garda said it did not comment on named individuals but added that it was a matter of public record that senior officers had “given sworn evidence before a variety of courts in this jurisdiction in relation to the activities of known criminal organisations”.

In 2018, a High Court judge stated Kinahan, who has no previous convictions, controlled an organisation involved in drug and weapons smuggling on a global scale. A month earlier, a Spanish police officer told a court in Marbella that Kinahan had ordered the murder of gang rival Gary Hutch on the Costa del Sol in 2015. Kinahan helped set up the MTK management company in Marbella before he moved to Dubai.

Several other Irish courts have heard evidence of the sophisticated nature of the Kinahan gang and its role in a feud which has claimed 18 lives to date.

Kinahan’s role in the Tyson/Fury fight is “an insult of the communities he’s poisoned, not only in Ireland but all over the world”, said Mr Sherry.

On Wednesday Fury effusively praised Kinahan, who acts as the boxer’s adviser, for setting up the bout. The announcement marks the culmination of a months-long campaign by Kinahan to whitewash his reputation on the world stage.

News of Kinahan’s role in the fight was met with excitement overseas but dismay among gardaí and youth workers in inner city Dublin where many families have been devastated by his gang’s activities.

“This legitimises gang activity,” said Eddie Darcy who heads the Solas Project which works with children from inner city communities.

or in prison by 30.  But youngsters are very quick out

with ‘Well look at Daniel Kinahan, he’s got millions and he’s never done a day in prison’.

And that’s all true.”

On Wednesday, graffiti appeared near the UAE’s Dublin embassy stating “Dubai staff in danger” and “Get cancer out of Dubai”. Similar graffiti recently appeared near the Irish offices of Sky, which has broadcast several fights involving Kinahan associated boxers.

Many Irish media outlets reacted angrily to Kinahan’s involvement in the fight, with the Irish Daily Star promising in an editorial not to cover the bout. In the UK coverage was much more muted, with the Daily Telegraph referring to him as a “sometimes controversial figure during his time as a Dublin businessman”.

“It’s fair to say the UK media has perhaps been slow to realise exactly who this guy is,” chief sports correspondent with the Times of London Matt Lawton said. “We’re very quickly having to do our homework on this guy, much of which we’re having to learn from our colleagues in Ireland.”

Kinahan’s involvement in the fight has also been publicly defended by many in the boxing world. Promoter Spencer Fearon, who heads MTK’s charitable arm, told The Irish Times he was not “one bit worried” Kinahan’s past would impact the fight.

“Daniel Kinahan is a powerbroker in boxing. What he has just done is a super heavyweight move around heavyweights of the game.”