© PA Former deputy leader of Fianna Fail Eamon O Cuiv holds a press conference on his political future…Fianna Fáil voted overwhelmingly in favour of entering into Government with Fine Gael and the Green Party – but the deal was rejected by members in former deputy leader Éamon Ó Cuív’s constituency.The Galway West TD ensured his local supporters rejected the deal that he strongly opposed in recent weeks, but there was resounding support elsewhere in the country, with 74pc of Fianna Fáil members backing the Programme for Government.

© Damien Eagers Micheal Martin will become the new Taoiseach (Damien Eagers/PA).Despite his opposition to the arrangement, Mr Ó Cuív signalled he would support Micheál Martin’s nomination for Taoiseach today and abide by the party whip. Fairer Future, the grassroots campaign group that organised against the deal, also stated its backing for Mr Martin but said the group’s work would continue.

He said the majority of the party were “very anxious we get on with the business of helping the country to get through this crisis”.

There was strong support for the deal in Mr Martin’s Cork South Central constituency, with 94pc of party members voting Yes.

There was also a high Yes vote (93pc) in Dublin constituencies including Dublin Fingal, where the party’s housing spokesperson Darragh O’Brien hopes to land a cabinet seat. 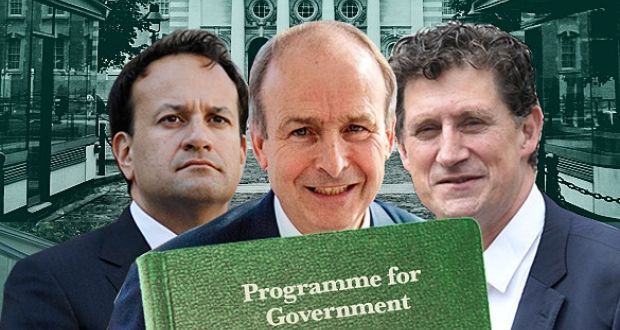