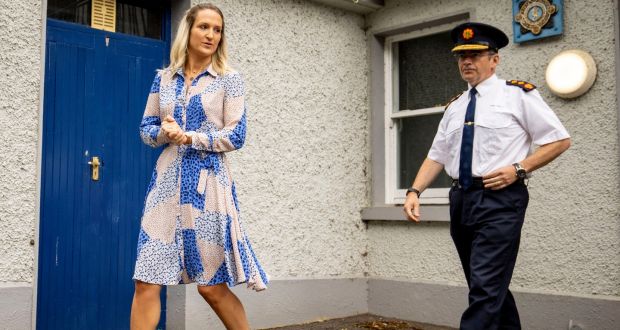 Gardaí are looking forward to “reaping the benefits” of a massive hacking operation which targeted an encrypted communications system used by organised criminals across Europe, Garda Commissioner Drew Harris has said.

Last week Europol announced the results of the joint French and Dutch operation to break into the highly secure Encrochat network, which, according to police, is used almost exclusively by criminals.

The operation, which Dutch police said was the equivalent of “sitting at the table where criminals were chatting among themselves”, has resulted in hundreds of arrests of high-level criminals across Europe and the seizure of large amounts of drugs and guns. Police said they had uncovered detailed murder plots and negotiations for major drug deals through interception of the messages.

The Encrochat devices are popular among several Irish organised crime and dissident republican groups, including the Kinahan crime gang which, according to gardaí, is controlled from Dubai by Dublin man Daniel Kinahan.

The devices are heavily modified Android phones which use a secure internal network to send and receive messages. Police forces managed to break into the system by distributing malware over Encrochat’s own network to its users. This programme was then able to read users’ messages before they could be encrypted and sent over the network.

About a billion messages were gathered during the interception operation, resulting in a treasure trove of intelligence for EU police forces, including the Garda.

On Monday, Mr Harris confirmed for the first time that the Garda would “absolutely” benefit from the operation and that it is currently receiving intelligence from its European counterparts.

Mr Harris declined to say if gardaí had already made arrests on foot of the information. “We have received information and intelligence and that obviously assists us in our investigations,” he said.

It is understood one Irish man was arrested in mid-June in the Netherlands on foot of the Encrochat hack during an operation in which €1 million worth of cocaine was seized. A related operation by gardaí in Dublin and Meath resulted in the seizure of €70,000 in cash and encryption devices.

French and Dutch police wanted to keep news of the hacking operation secret for longer but they were forced to go public after Encrochat discovered the hack and sent a message to all users two weeks ago advising them to dump their phones.

In the Netherlands, police have arrested 100 suspects, seized 8,000kg of cocaine and dozens of automatic weapons, and shut down 19 synthetic drug labs on foot of the hack.

In the UK, the National Crime Agency (NCA) has arrested 746 people and stopped 200 planned murders. Police there also seized €54 million in cash along with 77 firearms and four grenades.

Following a related operation in Northern Ireland, five people are in custody accused of 44 offences, including conspiracy to murder.

Fred suggests watch their investment portfolios; recall how Anglo Irish was consumed in the end with contract for difference (and you can call them is gambling).  For those who have had the courage to engage with crypto currency some have not alone doubled their money but in the hundreds/thousands especially if Bitcoin is the choice.  The Don with the investment portfolio and his frequent visits to Hong Kong is the broker for the investment portfolio derived from Crime at its worst….from drugs, arms and murder.