There are Shitsters in D4, driving around in their Mercs, fancy Land Rovers, Porches, and the rest, who are up to their necks in Gangland Money Laundering? The same Bastards, Lowlives would rather spit at people, then give them the Time of day, but hopefully their Time is coming, and the Prada wives with the Dodgy Facelifts…

Almost 24,000 reports of suspected money laundering were reported to gardaí in 2018

This is a decrease of almost 2% on the previous year. 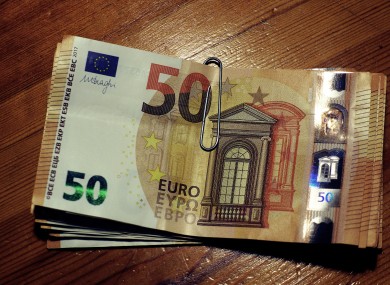 ALMOST 24,000 REPORTS of suspected cases of money laundering or terrorist financing were made to the Irish authorities in 2018.

New figures published by the Department of Justice show a total of 23,939 reports of suspicious financial transactions were made to gardaí in 2018 – a decrease of almost 2% on the previous year.

A slightly smaller number of cases – 23,442 – were reported to Revenue, despite the requirement to notify both the tax authorities and Revenue of all suspicious activity.

The latest annual report on money laundering and terrorist financing indicates that over 80% of cases reported to Revenue concerned tax-related offences.

Revenue said information generated from such reports had resulted in an additional tax yield of €4.7m.

Criminal proceedings resulted in 73 individuals being charged with 284 money laundering offences during 2018.

Hassan Bal (26) was jailed for two and a half years at Waterford Circuit Criminal Court after pleading guilty to providing and attempting to provide funding for Isis.

In 2018, the Criminal Assets Bureau also secured court orders freezing 85 bank accounts and obtained a total of 228 orders over assets valued at €14.4m which were suspected of being the proceeds of crime such as drug trafficking, fraud and smuggling.

The report said the quality of information submitted in the reports of suspicious activity had improved during 2018 following the acquisition of new software.

“It is now mandatory for all reporting entities to specify what the potential criminal indicator is for each suspicious transaction report. This assists in the prioritisation process,” the report said.

While money laundering and terrorist financing differ in many ways, the report said they often exploited the same vulnerabilities in financial systems that allow for an inappropriate level of transparency in the executive of financial transactions.

It said legislation to tackle such problems was strengthened during 2018 by a new law which placed further obligations on financial institutions to carry out due diligence on customers and report suspicious transactions, while also giving more powers to the Garda Financial Intelligence Unit.

The unit is staffed by 11 Garda analysts and six administrative staff.

Although the level of reporting from designated non-financial businesses is still low, the Department of Justice said it appeared there was increased awareness from such operators of their responsibilities.

Anyone found guilty of money laundering faces a maximum jail term of up to 14 years on indictment.

Banks, credit unions and payments institutions accounted for 92% of reports of suspicious financial transactions during 2018, with banks alone reporting 61% of all cases.

Checks carried out by staff from the Anti-Money Laundering Compliance Unit of the Department of Justice found a noticeable decrease in compliance levels during 2018.

The rate of trust or company service providers who were fully compliant had fallen to 44% from 58% the previous year, while full compliance rates in private members clubs fell from 86% to 50%.

Dealers in high value goods, who also have legal obligations to report suspicious activity, were fully compliant in 67% of cases – down from 72% in 2017.

The report said the decrease in compliance rates was considered to be related to new more onerous compliance obligations.

A total of 23 dealers in high value goods were issued with warnings in 2018 after repeated inspections showed they had failed to comply with their obligations under money laundering legislation.

The authorities said they had placed an increased focus in 2018 on precious metal and stone dealers on foot of recommendations of the Financial Action Task Force – the international anti-money laundering and counter-terrorist financing body established in 1989 by the G7 countries.

In June 2018, Appian Asset Management was fined €443,000 by the Central Bank for breaches of rules relating to money laundering as well as the protection of client assets.

Inspections of solicitor firms by the Law Society of Ireland found 7% were not compliant with anti-money laundering obligations.

The warning follows the arrest of a man in his early 20s in West Cork last week. 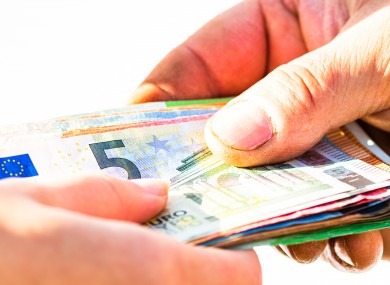 GARDAÍ HAVE APPEALED to younger people not to allow criminals to use their bank accounts to launder stolen or illegal money.

The warning follows the arrest of a man in his early 20s in West Cork last week in relation to suspected money laundering. The man is believed to have allowed a large quantity of cash to be lodged and transferred using his account.

Gardaí said situations like this normally involve a person known as a ‘money mule’.

“The chance to earn a ‘quick buck’ is a tactic used by fraudsters to recruit money mules, who are promised a share of the proceeds in exchange for their bank account details.”

The man who was arrested last week was detained under Section 4 of the Criminal Justice Act and later released. A file will be prepared for the Director of Public Prosecutions.

Gardaí said ‘money mules’ are complicit in the crime if they “recklessly allow their account to be used to launder the proceeds of these crimes”. The offence of money laundering on conviction carries a penalty of up to 14 years imprisonment.

“Young people are often targeted by organised crime gangs to act as money mules, laundering thousands of euro through their accounts in exchange for a few hundred euro.”

Anti-money laundering legislation is designed to prevent organised crime gang members from opening up accounts so they need ‘money mules’ to launder their money.

Gardaí said students are an easy target for these ‘money herders’ and they are often approached online, on campus, or while out socialising.

Anyone who is approached to facilitate this crime is advised to report the matter to gardaí.

It came after gardaí identified a number of bogus companies established by a criminal group. 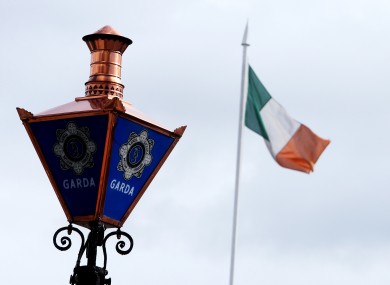 FIVE MEN AGED in their 20s and 30s have been arrested after a number of searches were carried out in Dublin as part of an investigation into money laundering.

Gardaí had identified a number of bogus companies established by a criminal group and a large number of bank accounts set up in false names and those of so-called ‘money mules’.

Investigators established that around €1.5 million was laundered through these bank accounts, and that the money was obtained through cyber fraud, organised prostitution and theft.

Eight searches were carried out in Dublin this morning, when the four men, who are Romanian nationals, were arrested on suspicion of criminal activity, money laundering and obstruction.

Documents pertaining to the bogus companies and bank accounts, IDs, cash and phones were also seized.

After a further search in north Dublin, another man in his mid thirties was arrested. Approximately €30,000 in cash and documentation regarding fraud was seized.

Two of the men are being detained under Section 50 of the Criminal Justice Act, 2007 at Clontarf and Ballymun Garda Stations.

One man is being detained under Section 4 of the Criminal Justice Act, 1984 at Raheny and another who was was arrested for obstruction and was taken to Swords Garda Station.

The man arrested in the latest search in north Dublin is being helf at Store Street Station, detained under Section 4 of the Criminal Justice Act 1984.

A garda spokeswoman said that investigations are ongoing.