A coronavirus outbreak in Aberdeen has been linked to a pub in the city, as Scotland recorded its highest daily number of Covid-19 cases in almost two months….

Fred concludes:  In the last week, people can see that deaths thankfully have stopped for the moment but the numbers who are getting the Virus are on the increase again rapidly.  What we witnessed in certain pubs from Thursday onto Friday and Saturday, just passed, was nothing short of Arrogance and Stupidity.  One pub was contacted and the woman was completely defensive – No No you are wrong she said.  Well I could put it up now on the screen but for legal reasons I shall not.  It would be too embarrassing to the so-called Elite drunks in the local area. I hope that the Gardai get more clarity and walk in and instruct these pubs to get their act together in relation to the COVID-19 guidelines just as they did to the Whelan pub and their family in Limerick two weeks ago.  I will close by saying we cannot have a two tier selective justice system between one pub and another so I ask the Gardai in Pearse Street to be vigilant, be careful but be fair to all pubs.  Fred

‘I don’t agree with it’ – Limerick publican who opened doors despite government advice, closes pub after gardai arrive, all this man wants is a level playing Field, certain Dublin Pubs, I are getting Special Treatment, Question is, ? Why, just read below. Limerick publican Gearoid Whelan opened up his “wet house” at 10:50am this morning despite the government requiring publicans not serving food to delay pulling pints until at least August 10th. 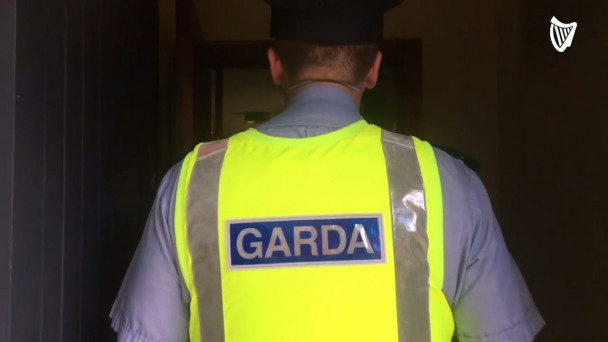 Mr Whelan said he was advised by two gardai to cease trading before they handed him a copy of the Health Act 1947, Section 31A, which cites “Temporary Restrictions (Covid-19) (No.3) (Amendment) Regulations 2020”.

“We opened our doors at ten to eleven this morning and we opened as a wet house, the same as we closed (last March). At one o’clock the gardai entered the premises and advised me to close under the Health Act 1947, so I’m complying with their advice and I’ve closed my doors,” Mr Whelan, 42, explained.

“I don’t agree with it, I still don’t see (why). We are doing nothing wrong, there’s nothing illegal going on.”

“I’ve massive respect for the gardai and we wouldn’t have a business without them, so, for the moment, I’m going to close my doors,” he added.

Asked if gardai had advised him he could possibly face legal penalties if he continued to remain open, he replied: “Lets just say, I was advised to close, yes, long term it might not be the best for me to stay open.”

“I’m disappointed, gutted, but all I wanted to show was that we can do this. Everyone that was here this morning saw we can offer a Covid-safe, socially distanced, enjoyable atmosphere, for a couple of pints — without your €9 pizza that’s going to keep you free from Covid,” Mr Whelan said.

During this morning’s two-hour opening, the pub served around 50 customers who supped pints without food.

Pat Reidy, from Ardagh, was one of the first in the door “to support Gearoid”.

Sitting at the bar reading a newspaper in his socially distanced chair, the 62-year old said the request for wet houses to close was “an injustice”.

“I think this is fully above board. I think it is great the Whelan’s took the stance on this. A big mistake has been made by the government, and I hope they look at this and move on from it,” Reidy added.

Devine said: “I live in a cottage in a little village so, rural areas have been decimated, and the only outing we had (pre-coronavirus) was mass and a couple of pints in the local bar.”

“Farming communities have been reduced to waving at each other as we pass cars going in opposite directions — that’s what rural life has become since last March – I understand the premise for it, Covid-19, but it’s just unbelievable,” Devine continued.

Smiling for the camera with a beer in hand, he said: “I’m tasting my beautiful first pint of Heineken since the Sunday before St Patrick’s day, and man it’s a good one.”

Jamie Mullane, 19, from the town, said he agreed with Whelan opening up.

Sipping a pint in the pub’s beer garden, he said: “We came in to support Gearoid, he’s sticking his neck out on the line, opening up the pub when no one else would.”

“We share a similar opinion to him – how can thousands come in through the airports and a couple of locals can’t come down to the pub. There isn’t much difference in us having a meal here, and how is that going to spread the virus more than just having a pint?”.

“We were supposed to be over in Spain on our Leaving Cert holiday, so we said we’d just come down here this morning for one (pint),” Norwood quipped.

“It doesn’t make sense that people from America can come around and go wherever they want, from town to town in Ireland, but its a big deal for locals to come in here,” he added.

Gearoid’s mother Pauline, who works as a nurse in a local nursing home, said in her view, the pub was safe for customers.

Mrs Whelan, 69, greeted customers at the front entrance, directed them to wash their hands in sanitiser gel, collected their names for contact tracing, and took their temperatures before they entered.

“They’re all very delighted and very supportive of us to be able to open our door after four and half months, they are all been tested on the way in,” Mrs Whelan said.

With tears welling up in her eyes, she said it was an emotional day after being closed for over four months.

“We run a very good house, never any trouble, and we have very good clientele, there’s no messing tolerated in this premises,” she added.

Geraoid’s father Pat, 72, who has pulled pints in the town for 55 years, was also fully behind his son opening up: “I think he’s done the right thing, he’s not breaking any law. The pubs have been unfairly treated.”

Meanwhile, the proprietor’s message to the government was clear: “Just give us a chance, let us prove that we can do this, that’s all we ask, just a fair level playing field.”