209 women murdered in Ireland since 1996, most by husbands, boyfriends and exes

Horrific new data out today shows 209 women have been killed in Ireland since 1996 – more than 10 every year.

Sixteen children were also murdered alongside their mums.

The horrendous toll is revealed by Women’s Aid today – and shows most of the victims (131) were killed in their own homes, many of them by their boyfriends, husbands or exes.

The majority were stabbed or strangled to death.

The figures emerge in a new report, ‘Behind Closed Doors: Femicide Watch 1996 – 2016’, to coincide with UN Day Opposing Violence against Women today.

Since the start of 1996, Women’s Aid has, using newspaper records, charted and highlighted violent deaths of women in the Republic.

The data will be presented at a seminar in Dublin’s Wood Quay Venue today.

And there, Women’s Aid will call for greater recognition of the risk factors relating to domestic violence and for improvements in multi-agency co-operation around risk assessment and for the introduction of domestic violence homicide reviews.

Margaret Martin, Director of Women’s Aid, said: “Lethal violence is at the most severe end of the spectrum of violence against women.

“Women should be safe in their homes and in their relationships. And we must recognise the strong connection between the killing of women and domestic violence.”

The figures reveal 131 of the 209 women murdered since 1996 were killed in their own homes.

Where cases have been resolved by the courts or the perpetrator identified in murder-suicides, it emerged 89 women were murdered by a current or former male intimate partner.

Another 54 women were killed by a male relative or acquaintance, while 21 were murdered by a stranger.

There has been more than 200 cases of femicide in Ireland since records began 23 years ago. 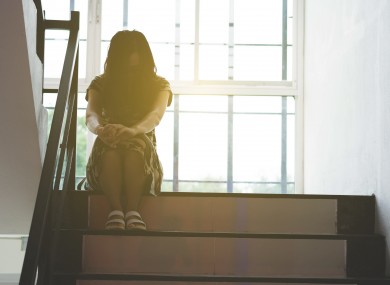 FIVE WOMEN HAVE died violently so far in 2019, according to a new report from Women’s Aid, which also shows women are 87% more likely to be killed by a man who is known to them.

The report points to some of the patterns identified in the more than 200 cases of femicide since the charity’s records began in 1996.

Over the past 23 years, some 230 women have been killed, while 16 children have died alongside their mothers.

Almost nine in 10 of those cases involved women being killed by a man known to them.

Women’s Aid has published the data from the Legacy of Loss report in a bid to raise awareness and to call for greater supports for domestic abuse victims.

The charity’s CEO, Sarah Benson, said: “Since our records began in 1996, 230 women have died violently in Ireland, 16 children, ranging from 5 months to 14 years old have died alongside their mother.

100 women have died at the hands of their current or former partners. These figures should shame Irish society. The legacy of loss is incalculable.

Benson, along with advocates and family members of femicide victims, will address a gathering in Dublin today.

Of the women killed in Ireland over the past two decades, some 56% of them were killed by a current or former partner.

The report also said that women, in general, are more likely than men to be killed in their own home and at the hands of someone they know.

“When women call Women’s Aid and tell us that they are afraid for their lives, we believe them.  We know just how dangerous domestic abuse can be,” Benson said.

“Femicide by an intimate partner must not be accepted as a fact of life in our society.  Women should be safe in their homes and in their relationships. And we must recognise the strong connection between the killing of women and domestic abuse.”

In 2017, seven women were killed in acts of femicide in Ireland.

It is currently out for public consultation with a report expected within 12 months.