Mr Justice Charles Meenan has warned the Government that, unless current legislation on phone tapping is brought up to date, the law faces becoming “obsolete”, with the result of “hampering” criminal investigations and compromising national security.

He also said ongoing court cases over the legality of separate laws on accessing communication data means that this “important provision” is not being used by State agencies, to the “detriment” of criminal investigations.

The judge’s warnings are contained in a typically brief three-page statement on his review of the Interception of Postal Packets and Telecommunications Messages (Regulation) Act 1993 and Section 12 (1) (C) of the Communications (Retention of Data) Act 2011.

The 1993 act allows for the interception of communications, on foot of authorisation by the Minister for Justice, while the 2011 Act allows agencies to seek traffic data from phone and online companies.

The report does not provide any figures on the use of either legislation.

In his report, Judge Meenan said that, last June, he attended Garda Headquarters, Defence Forces HQ, and the Department of Justice, and was satisfied that the powers under the acts were exercised “proportionally and responsibly”

The judge said there is a “very serious concern” that the 1993 Act is “now out of date” and that new legislation is “urgently required” to deal with the technological advances in the last 27 years.

He said: “Devices which enable the transfer of data in encrypted form are now universally available. New legislation to provide for the interception of such encrypted data for the purpose of criminal investigation or in the interests of the security of the State has to be given priority.”

The judge said such legislation will “have to provide the necessary safeguards” for those involved.

“If such legislation is not enacted, it can be envisaged that the 1993 Act will become obsolete, thus hampering criminal investigation and compromising the security of the State,” the judge said.

He said a key section of the 2011 Act had been referred by the Supreme Court to the European Court of Justice, and added: “As matters stand, this important provision is not being relied upon, which is to the detriment of criminal investigations.”

Mr McIntyre, Associate Professor at UCD School of Law, said it is “inappropriate” for the designated judge to call for an expansion of surveillance powers and “ignore the very serious privacy issues”, including breaches of fundamental rights, found by domestic and European courts.

He said there needs to be an overhaul in independent oversight in Ireland, and said there is “no excuse” with the ongoing failure of the Department of Justice to legislate.

Last month, the Department of Justice told the Irish Examiner that proposals on modernising interception powers were “being prepared” for the minister.

Mr McIntyre said that failings in Irish surveillance legislation had been documented for many years, including in judicial inquiries and the courts, both here and abroad.

He said the legality of data retention laws (enabling access to communication data) had been undermined by the European Court of Justice in 2014.

“We are now six years on and there are still no signs of reform,” he said.

Gardaí, the Defence Forces and, since 2015, GSOC, are empowered to apply for interception authorisations.

These three agencies, as well as Revenue and the Competition and Consumer Protection Commission, can also use the 2011 Act.

Following the referral last February by the Supreme Court of the 2011 Act to the European Court of Justice, the Department of Justice said that a revised General Scheme of the Communications (Data Retention and Disclosure) Bill was well advanced, which would replace the Communications (Retention of Data) Act 2011, and take into account the various court rulings

Fred intervenes:  Communications and the power of the State to intervene into a person’s telephone calls conjures up times of another era and we must not forget the Right to Privacy of the people.  The EU is focused on Encryption and we will be guided by their direction concerning known criminals and gangs who clearly abuse this freedom.  It is not long ago since this whole issue, among two eminent politicians at the time, was the main highlight of news media for a considerable period of time.  The following is a reminder: 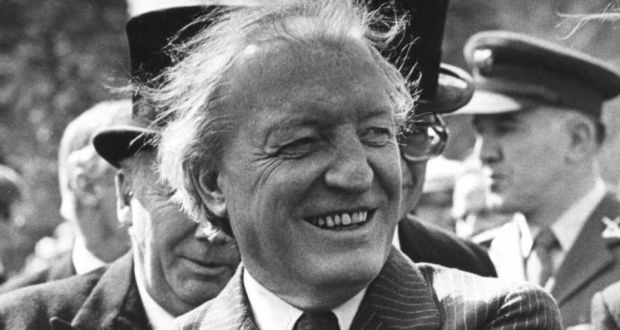 The security correspondent of The Irish Times, Peter Murtagh, broke the story on December 18th, 1982, that the telephones of Bruce Arnold of the Irish Independent and Geraldine Kennedy, then political correspondent of the Sunday Tribune, were being tapped officially.  Outcome:

Charlie Haughey resigned as taoiseach after an ultimatum from PD leader Des O’Malley.

that was just after the general election of November 1982. Charles Haughey had lost power and the Garret FitzGerald/Dick Spring coalition government had been formed. The new minister for justice, Michael Noonan, ordered an investigation.

The findings were announced on January 20th, 1983. Mr Noonan said warrants for telephone tapping were always initiated by the Garda Síochána for the purposes of the detection of serious crime or the security of the State. The reverse happened in the Arnold/Kennedy cases, he stated.

The warrants were initiated by Mr Doherty in discussions with the deputy Garda commissioner Joseph Ainsworth. The application for Mr Arnold’s warrant was made on May 10th, 1982, for security purposes. The departmental record indicated that he was “anti-national”. The application for Ms Kennedy’s warrant was made on July 28th, 1982, creating a new category of “national security”. It was done in the name of the previous male telephone subscriber. An officer in the Department of Justice expressed the view that both warrants, separately, should not be granted.

Mr Ainsworth said that Mr Doherty was concerned about “leaks” to the media from government departments and possibly from the cabinet.

The normal life of a warrant is three months. Mr Arnold’s ran from May 10th to July 12th, 1982. Ms Kennedy’s was renewed on October 27th, 1982, with a certificate that it was “yielding results”.

It was removed on November 16th, 1982, eight days before the general election. Mr Ainsworth sought a full set of all the transcripts on October 5th, 1982.

Following the publication of the transcripts of Ms Kennedy’s calls in the Sunday Independent a year or so later, she and Mr Arnold and his wife, Mavis, took a case to the High Court.

The High Court decided in Kennedy v Ireland on January 12th, 1987, that the telephone tapping was an invasion of their constitutional right to privacy and an abuse of power by the State. It awarded damages to the three plaintiffs.

The telephone tapping re-emerged in January 1992 on RTÉ’s television show Nighthawks, by which time Fianna Fail, still led by Mr Haughey, was back in power in a coalition government with the Progressive Democrats led by Des O’Malley.

Mr Doherty, then cathaoirleach of the Seanad, told presenter Shay Healy a decision had been taken in cabinet in 1982 that the leaking of matters from cabinet must be stopped. “I, as minister for justice, had direct responsibility for doing that – I did that. I do feel that I was let down by the fact that people knew what I was doing,” he said.

Mr Doherty said on the 9pm RTÉ television news on January 21st, 1992: “I am confirming tonight that the taoiseach, Mr Haughey, was fully aware in 1982 that two journalists’ phones were being tapped and that he at no stage expressed a reservation about this action.”

Mr O’Malley met Mr Haughey two days later. The PDs had decided he would have to resign or they would leave government. Mr Haughey resigned as taoiseach on February 11th, 1992.