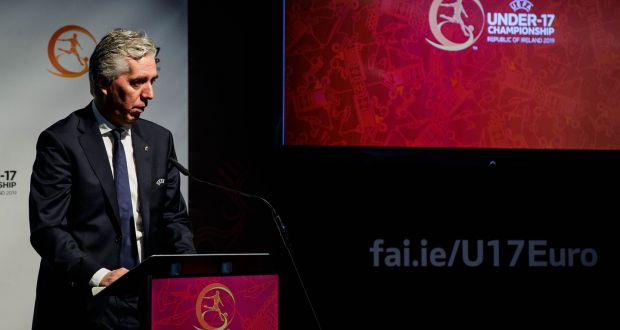 The FAI may have subsidised John Delaney’s lavish lifestyle and efforts to fend off press interest in his activities to the tune of three quarters of a million but it is the much smaller payments recorded as having been made to his former girlfriend, Susan Keegan, which are likely to be central to any potential prosecution of the association’s former chief executive.

Click to play John Delaney speaks to an Oireachtas Committee about the €100,000 loan to the FAI

Former FAI boss John Delaney is now living and working in the UK, it has emerged.

The former football chief, 52, quit in shame last September following revelations of a €100,000 loan he gave to the struggling association.

On Wednesday, the High Court in Dublin heard that an arrangement has been reached with Delaney over how the inspection of certain documents and emails seized from the association is to be conducted.

The Office of the Director of Corporate Enforcement seized a number of documents and material from the FAI’s offices at Abbottstown, Dublin on foot of a search warrant last February.