G-string and bullet in grandmother’s card to garda, court hears 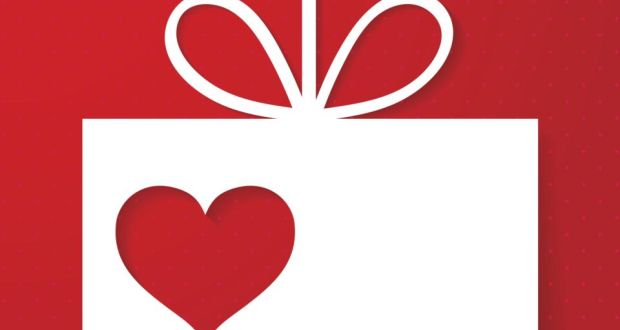 Garda recieved Valentine’s card with g-string, a 22-calibire bullet and a poem of a ‘graphic sexual nature’, a court heard. Photograph: Thinkstock/File photo

A grandmother has been spared jail for lying to the Garda Síochána Ombudsman Commission (GSOC) after she posted a Valentine’s card containing a g-string and a bullet to a detective in the garda “cold case” unit.

The trial, at Dublin District Court, heard claims of bullying and harassment in the Serious Crime Review Team which was set up to examine unsolved historic murders.

She had denied being in contact with a garda detective around the time she sent the card to one of his superiors based in Harcourt Square, Dublin. But phone records showed there were almost 300 communications between them.

Pleading for leniency, the defence said the mother-of-three has a good work history and no prior criminal convictions, and Judge Bryan Smyth noted evidence from a detective superintendent who believed she had been put under pressure when she posted the card.

The offences can result in a sentence of up to six months and a fine not exceeding €2,500 but Judge Smyth spared her a jail term and fined her €500, which must be paid in six months.

She did not give evidence in the trial and was prosecuted by the DPP following a GSOC investigation.

Judge Smyth heard a complaint was made to GSOC on August 14th, 2011 from the wife of Det Sgt Michael Buckley, a member of the Serious Crime Review Team.

Mrs Buckley told GSOC her husband has been subjected to ongoing harassment and bullying by two named colleagues including a Det Gda David O’Brien.

She alleged that in a February 2011, her husband, “received an envelope in the post, it contained a Valentine’s card”.

Inside the card was poem of a “graphic sexual nature” as well as a “black and red g-string and a 22-calibre bullet”.

Ms Buckley told GSOC she feared for her family’s safety.

When questioned by a GSOC investigator both Ms Conway Browning, who had been identified as the sender, and Det Gda O’Brien stated they had not been in touch with each other since the 1990s.

Ms Conway Browning agreed she had sent the poem and the g-string for a laugh but claimed she did not put a bullet in the envelope.

She had also told GSOC: “I feel Michael Buckley put the bullet in it, gardaí should look at the people he locked up.”

No DNA traces or fingerprints were found on the bullet when it was forensically examined.

GSOC analyst Angela Murray told the court communication data showed that from February 1st, 2011 until March 26th that year, the accused and Det Gda O’Brien had contacted one and other’s mobile phones on 291 occasions, by texts or calls.

She also said on the day the card was posted there had been several texts messages and calls, including one lasting seven minutes and 39 seconds.

The calls and texts began in the morning and continued until 10.30pm, the witness said.

Det Gda David O’Brien has pleaded not guilty to the same charge and will go on trial at the District Court next year.