Police shut down 10% of phone lines used by county lines drugs gangs in crackdown leading to more than 1,000 arrests and £1.2m of narcotics seized

Police have shut down 10 per cent of phone lines used by county lines drugs gangs in a crackdown which saw more than 1,000 arrests and £1.2million worth of narcotics seized.

All 43 police forces in England and Wales, along with the National Crime Agency and British Transport Police, took part in operations last week which saw 18 guns seized along with more than £500,000 in cash.

The operation targeted county lines, a gang model which often sees young and vulnerable people used as couriers to move drugs and cash between cities and smaller towns.

Officers rescued 30 vulnerable people as part of the investigations, they have been brought back to London and are receiving specialist support. 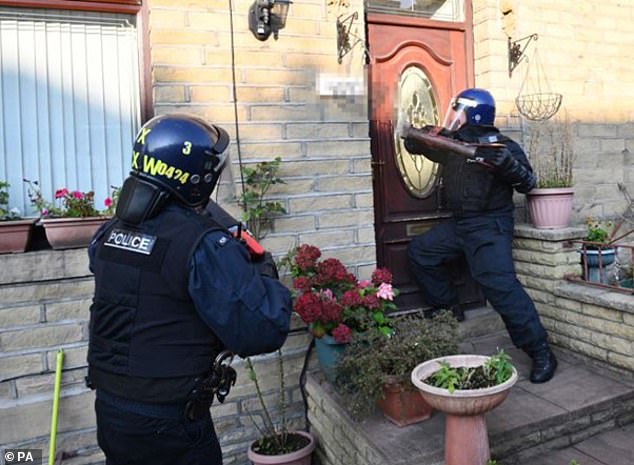 All 43 police forces in England and Wales took part in a crackdown on county lines drug dealers last week, which led to more than 1,000 arrests

In London alone, 60 weapons were seized, 85 vulnerable adults and children were made safe and 255 people were arrested.

Some 102 ‘deal lines’, linked to unique phone numbers dialled by users to buy drugs, were shut down.

It amounts to at least a tenth of the estimated 800 to 1,100 active county lines currently believed to be operating in the UK.

Each line can make about £25,000 a week and police are still unsure where much of the money ends up. 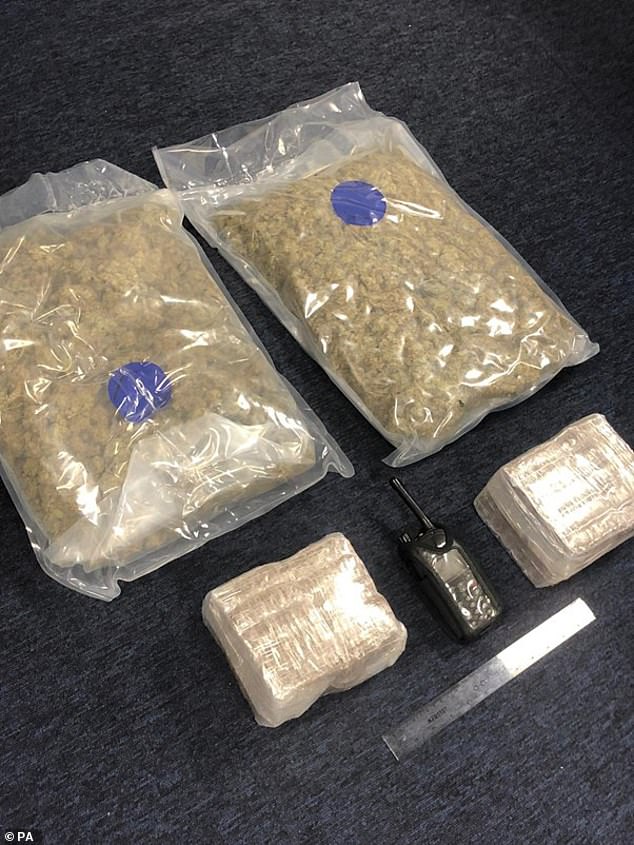 Police seized more than £1.2million of narcotics during raids up and down the country last week, along with £500,000 in cash

Investigators said restrictions imposed during the Covid-19 pandemic and a better understanding of mobile phone data had helped them target the drug dealers operating the lines.

The coronavirus pandemic may also have played a part.

Nikki Holland, director of investigations at the NCA, told Radio 4: ‘The county lines model needs people to be able to move commodity around, either by road or by rail.

‘Drug dealers were a lot more visible on empty trains and on roads that were less busy so it was much easier to spot drug dealers.’

Explaining the county lines model, Ms Holland said: ‘It relies on running drugs up and down the country, through primarily children and vulnerable adults, to make that model work. 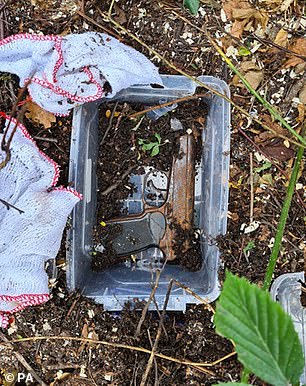 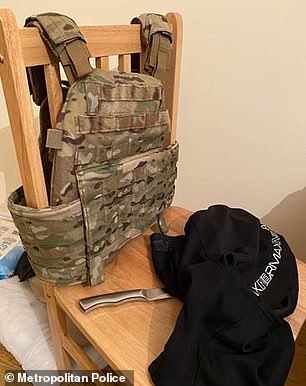 ‘They use violence and exploitation to get people to be in fear to carry out their drug dealing activity.’

‘And we know what the activity looks like on that phone.

‘From all the cases we have dealt with, which have gone to court, we know it’s pay as you go, we know it’s unregistered, we know there’s bulk text message usage, selling your wares.

‘We know the average recipient list and we know about the incoming activity on that phone, which is helping us to really focus on county lines.’

Senior police officers have previously said they are in talks with the Home Office and the telecoms industry to find a way to stop phones being used for county lines.

About a third of all lines are thought to operate out of London, with between 12% and 15% run from both Liverpool and Birmingham.

The Met’s Detective Superintendent Mike West said 30 vulnerable youngsters found ‘at significant risk’ across the country have been taken back to the capital since November, with some drug runners found to be as young as 14. 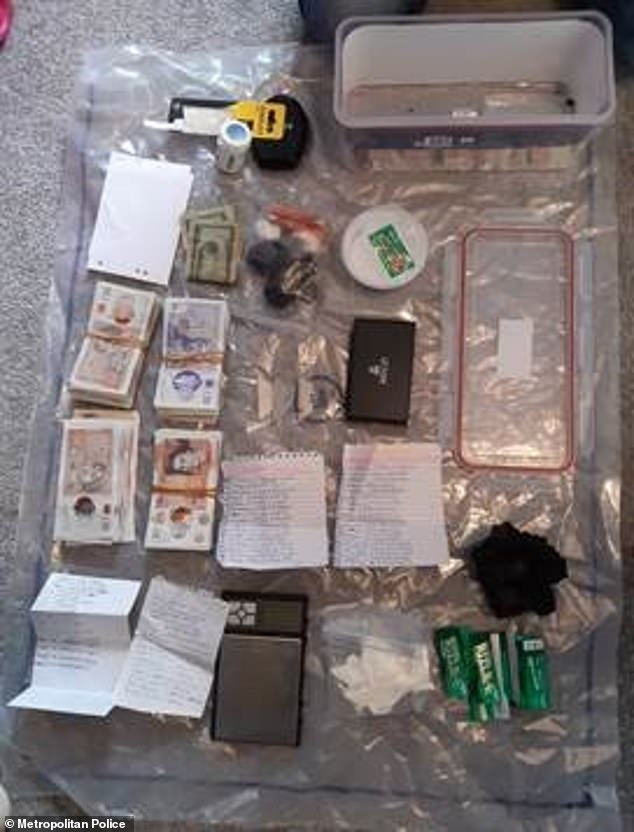 His force also saw the most line holders arrested in a single week, with 23 held during the latest crackdown.

The officer said many of the criminals running drug lines are linked to serious violence in the capital, including murder and firearms possession.

‘Around two-thirds or so are linked to London gangs. That is a particular lifestyle and so the cash is spent sometimes very quickly as well,’ he added.

The crackdown was part of fresh efforts to tackle county lines drug dealing from last November, which has seen a £25 million commitment from the Home Office.

Home Secretary Priti Patel said: ‘I will not tolerate county lines drugs gangs terrorising our communities and exploiting young people, which is why I have made tackling this threat a priority.

‘I saw first-hand one of the operations last week and the results of this latest crackdown are hugely impressive.

‘They send a clear message to criminals that law enforcement is coming after them.’