Harris’ award was announced in a statement by the Policing Authority this evening. 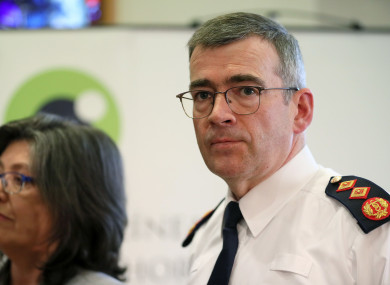 GARDA COMMISSIONER DREW Harris has been awarded in this year’s Queen’s birthday honours list for his services to policing and the community in Northern Ireland.

Harris, who took up the role as head of An Garda Siochána last September, has been awarded the Queen’s Police Medal, which is awarded to officers in the United Kingdom and the Commonwealth for “gallantry or distinguished service”.

In a statement this evening, the Police Authority congratulated Harris on his award.

Harris started his career in Northern Ireland’s Royal Ulster Constabulary in 1983, before being appointed as Deputy Chief Constable of the Police Service of Northern Ireland in 2014.

His appointment as Garda Commissioner in June last year was the first time someone from outside of the State was chosen to lead the force.