Dublin city councillors had passed a motion earlier this month to have the property added to the Record of Protected Structures. 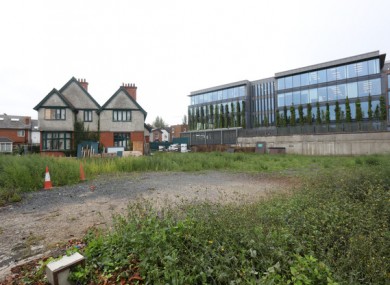 DUBLIN CITY COUNCIL asked to inspect the now-demolished former home of 1916 leader The O’Rahilly four weeks ago, according to a letter seen by TheJournal.ie.

The Council is now investigating the circumstances surrounding the demolition of the former home of the 1916 Rising leader in Ballsbridge this morning.

The property at 40 Herbert Park, which once belonged to The O’Rahilly, was bulldozed by a company developing the site at around 6.30am this morning prompting outrage from local councillors.

The site and two adjoining addresses at 36 and 38 Herbert Park are set to be developed into 105 apartments and the extension of an aparthotel by Derryroe Limited, a company owned by the Kennedy and McSharry families.

Dublin city councillors had passed a motion earlier this month to have the property added to the Record of Protected Structures (RPS), which would have prevented its demolition.

The Council wrote to Derryroe on 2 September requesting that its conservation section be granted access to the property to examine the structure’s “special interest” following its proposed addition to the RPS.

The Council planned to carry out a full written assessment and photographic record of the structure but this was not facilitated despite the council’s letter.

In a statement this afternoon, a spokesperson for the local authority confirmed that the council was looking into the destruction of the historic property.

“Once the City Council has ascertained the facts, it will take any appropriate action.”

The house was built in 1907 and The O’Rahilly, the only 1916 leader to die in battle, was the first occupant of the property. His widow lived there until her death in the 1960s.

“The developers, who moved onto the site and levelled the house this morning, attempted to remove any trace of a house that played a very valuable part in Irish history,” he said.

“I think once again we’re seeing what we saw in the 1970s, and after: the sheer corporate greed which will destroy Irish history and Irish heritage in this city if it’s allowed to go unchecked.”