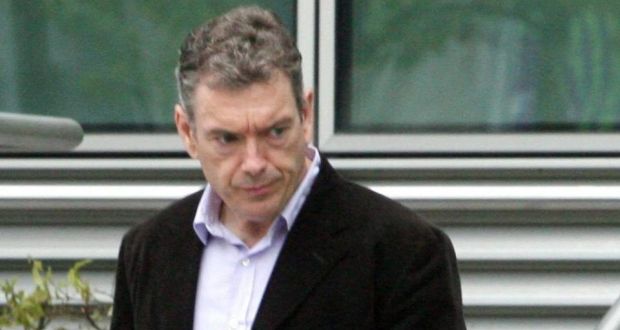 Christy Kinahan has used food companies as a front to traffic drugs across borders by taking control of a number of purported food wholesalers, the report by Milan-based Transcrime found. Photograph: Sunday World

The international crime gang led by veteran Dublin criminal Christy Kinahan has set up 200 companies and has operated in 20 countries, a transnational investigation into his crime empire has found.

It found Kinahan has copied the Italian mafia’s “golden rule” of using food companies as a front to traffic drugs across borders by taking control of a number of “food wholesalers”.

The scale of his money-laundering activities and the extent to which his crime cartel, which has been built in a 15-year period from southern Spain, has spread internationally emerges in a European Commission-funded report on international crime across Europe.

Kinahan, whose gangs have been attacking and killing members of the Hutch family and their associates for the past year, is a convicted drugs dealer who relocated to Spain after being released from prison about 15 years ago.

A major inquiry into a €10 million seizure of cannabis in Co Kildare in 2008 revealed to the Garda how shelf food companies were being controlled by Kinahan to smuggle drugs into the State in freight purporting to be foodstuffs.

Around the same time a Dublin criminal, Paddy Doyle (27), was shot dead in southern Spain having fallen foul of his associates in the Kinahan gang.

The Spanish and Irish police began sharing more information on the gang until a multinational inquiry emerged, codenamed Operation Shovel, with the Kinahan gang as targets.

Information about that inquiry has emerged piecemeal since then, but the Commission-funded report by Milan-based Transcrime reveals new detail about the sheer size of Kinahan’s empire and ambition.

It says when co-ordinated raids were carried out in May 2010, law enforcement agencies from 20 countries were involved.

“Food-trading companies bars, and restaurants were set up in Ireland, Spain and the UK for laundering and functional purposes,” Transcrime concludes.

“According to the ministry of the interior, since 2008 officers at the [Spanish] Economic and Fiscal Crime Unit and the Costa del Sol [police] had traced more than 200 trading companies used to channel funds acquired by the group through illegal business deals.

“Real-estate properties were used by the criminals as houses or warehouses in which to stock smuggled goods.

“Moreover, the food import-export company based in Ireland was run by Irish criminals who used the business to transport drugs from Spain to Ireland. Once the drugs had entered Ireland, Irish criminals sold them to criminal gangs nationwide, making significant profits.

“This is somehow a ‘golden rule’ because also other foreign [organised crime groups] especially Italian mafias rely on food import/export companies to transport heroin and cocaine across countries.

“A significant number of properties were also recovered under Operation Shovel in Ireland, Spain, and other countries.

“According to the sources, the majority of the money had been invested in the real-estate industry on the Costa del Sol and also in various other locations worldwide.

“In Brazil this criminal network had six tourist complexes and luxury residences. However, it is difficult to determine where they were exactly located.”

The Transcrime report also points to a development witnessed in Ireland of late: the use by criminals – especially Dublin-based criminals who work for Kinahan – using the car industry as a front for crime.

Some are using second-hand luxury cars to pay for and accept payment for drugs and also to smuggle the drugs when they are being move from one jurisdiction to another, thereafter to be sold to motorists in Ireland.

Transcrime also says the bars and restaurants controlled by the Kinahan gang and similar groups also fulfil a number of functions. “Due to their cash-intensive nature, they are widely used for money-laundering purposes. Evidence of the infiltration of bars, clubs, pizzerias, kebab shops, fast-food restaurants, street-food stalls, and ‘high-class’ restaurants can be found in many [countries].”

The report also offers an intriguing insight into why some organised crime groups, especially in Italy, open businesses such as bars and restaurants close to public, or state, buildings and offices.

“They are also important to maintain public relations with ‘high-level’ customers like managers, public officials, sports or entertainment stars, especially if bars and restaurants are opened by [organised crime gangs] in the proximity of public buildings such as tribunals, ministries, public agencies [and] police stations to ‘capture’ sensitive conversations between customers.”

27: Number of reports/sources for Irish information used by Transcrime, including Garda.