Séamus Woulfe: The last man standing in Golfgate is set to learn his fate 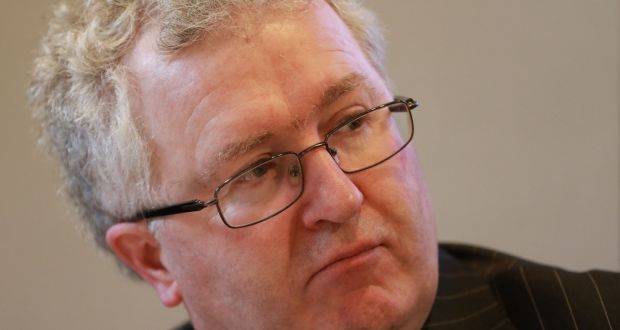 Opposition politicians called for Séamus Woulfe to resign as judge of the Supreme Court when the controversy first broke. Photograph: Nick BradshawShare to FacebookShare to TwitterShare to Email App

There is unease among the judiciary, intense interest in the Law Library, trepidation in Government Buildings and impatience among the Opposition.

All are awaiting the report of the former chief justice Susan Denham, currently being compiled at the request of her successor Frank Clarke, on the behaviour of the former attorney general, now judge of the Supreme Court, Séamus Woulfe.

Woulfe, of course, is the last man standing from the now infamous Oireachtas Golf Society dinner held in Clifden during August, in apparent breach of Covid restrictions. The storm of controversy – stemming from a public anger that was deep and wide and vocal – led to the resignations of the minister for agriculture Dara Calleary, a clutch of senators and, eventually, Ireland’s European commissioner Phil Hogan.

Despite widespread calls for his resignation, Woulfe – who had been appointed to the court only a few weeks previously – apologised profusely and kept his head down. But his fellow judges were not happy, legal sources stressed, and asked Ms Justice Denham to compile a report on Woulfe’s attendance. His fate is now effectively in her hands.

The court took the unusual step of issuing a statement outlining the questions it has asked its former leader to consider about its newest member.

It read: “Ms Justice Denham has been asked to consider whether Mr Justice Woulfe should have accepted the invitation to dinner. In addition, whether he should, in all the circumstances, have left the hotel in the light of the situation prevailing. Furthermore, whether he should have attended the golf event without attending the dinner.”

If – as seems likely – the answers to those questions will be no, yes and no, it will place Woulfe in a difficult position. Legal sources say, however, that the question of proportionality is likely to come into play: is the mistake of attending the golf event and dinner sufficiently grave to warrant a resignation from the State’s highest court? Clearly, Woulfe does not think so, or otherwise he would have already resigned. But would Denham effectively leave him no choice?https://1128556b6d07a0f2dbec8f2cff031e07.safeframe.googlesyndication.com/safeframe/1-0-37/html/container.html

Legal opinion is divided. Some believe there is no judge less likely to look favourably on a “it was only a few pints” defence than Denham. Others say that seeking his resignation would be entirely disproportionate.

Some lawyers also say it is not clear there was any breach of the law. What is clearer is that Woulfe is fighting to hang on. He has reportedly engaged senior counsel Michael Collins, who accompanied him in an interview with Denham recently.

Denham’s report is expected imminently. In Government circles, there is an extreme hands-off approach being taken: we’re not looking and we’re not asking, several people said. “A matter for their Lordships,” says one senior source in the half-serious, half-mocking manner those in Government sometimes take to the dignities of the judiciary.

Government is very anxious not to get involved. If Denham’s report makes it untenable for Woulfe to continue, and in effect forces his resignation, there will be sighs of relief in Government. But if the former chief justice administers only a slap on the wrist, the Government will not move to remove him. That will not stop the Opposition from raising the issue – Opposition politicians have already called for Woulfe to resign when the controversy first broke.

Expect to hear a lot about the separation of powers, frequently invoked during this controversy. It is also frequently misused as a defensive shield by Government politicians, many of whom seem to believe they cannot comment on the case for fear of violating it.

The doctrine of the separation of powers – a fundamental pillar of our democracy which balances the powers of the different arms of the State – protects judges from political interference and oversight in their administration of justice. It does not protect misbehaving judges from the consequences of their actions.https://1128556b6d07a0f2dbec8f2cff031e07.safeframe.googlesyndication.com/safeframe/1-0-37/html/container.html

Far from being unconstitutional, the power of the Oireachtas to fire a judge for misconduct is written into the Constitution, in article 35. The power has never been used. Where a question of serious misconduct has arisen, the judges have resigned. Woulfe is due to sit as a Supreme Court judge on October 6th, next Tuesday week.