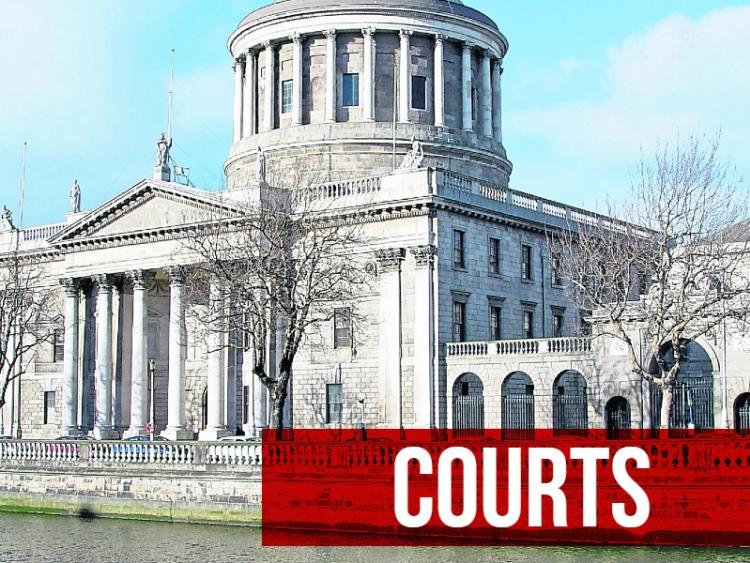 A former barrister who stole €235,000 from a businessman by pretending to buy him a warehouse in Co Kildare has been jailed for three years.

Patrick Russell (57), with an address at Teach Daingain, Steelstown, Rathcoole, Co Dublin, pleaded guilty at Dublin Circuit Criminal Court to the theft of €215,000 from businessman Paul O’Connell at Anglesea St, Temple Bar in Dublin on July 23, 2015. Russell was struck off the bar in 2012 for professional misconduct.

Six further counts were taken into consideration, including the theft of €20,000 from Mr O’Connell and the use of false instruments such as forged deeds from the Property Registration Authority. https://604a3dfc1028304fce463effec20d382.safeframe.googlesyndication.com/safeframe/1-0-37/html/container.html

Passing sentence today, Judge Melanie Greally said that Russell had been acting in the capacity of a financial advisor and had built up a relationship of trust with Mr O’Connell. “He therefore committed a very substantial breach of trust,” the judge said.

She added that the crime involved a “considerable amount of premeditation and planning” and described Russell’s action as representing “considerable deceit and dishonesty”.

Judge Greally noted that AIB still held on to €215,000 that was stolen from Mr O’Connell and said she hoped that now the criminal process has been completed that money will be returned to him.

She acknowledged that Russell had a “limited history of offending, confined to the Road Traffic Act” and that he was a married man with two foster children who continue to support him.     by Taboola Bowels: A simple trick to empty them completelyGut SolutionNew See-Through Face Mask Is Breaking Sales Records In IrelandClearShield

The judge further acknowledged that Russell has a significant cardiac issue that will need “ongoing therapeutic intervention”.

Judge Greally said the case was deserving of a custodial sentence because Russell “had not made tangible efforts” to address the significant loss to the victim, apart from €2,000 which “came at the 11th hour”.

“I therefore have no real reassurance that the the monies will ever be restored,” she continued.

She sentenced Russell to four years with final 12 months suspended on strict condition including that he engage with the Probation Service for 12 months and that the €2,000 be handed over to the garda for Mr O’Connell.

Judge Greally said she could not accede to a request by the defence to allow Russell some time to get his affairs in order before going to prison.

She said Russell “must have contemplated that there was a distinct possibility” that this would happen, given his previous profession before she referred to the fact that the case had been adjourned a number of times.

Russell claimed to be an arbitrator and financial consultant and offered to facilitate the purchase of a commercial warehouse at Clane Business Park in Co Kildare for Mr O’Connell for an agreed sum of €235,000.

The court heard that Russell gained the trust of Mr O’Connell and his family, made regular visits to their home and invited them in turn to his home, all to discuss the planned purchase of the warehouse.

Mr O’Connell followed Russell’s instructions and transferred €15,000 and later €5,000 from his bank account to a UK account and to an account in the name of Russell’s wife.

Russell told Mr O’Connell that these monies were for stamp duty and other associated fees.

Acting at Russell’s request, Mr O’Connell then paid a further €215,000 to solicitors who accepted it in good faith. However, the solicitors later became suspicious and went to gardaí to make a complaint against Russell. Mr O’Connell and his family members also alerted gardaí to the matter.

Russell had presented Mr O’Connell and members of the O’Connell family with a series of forged and altered documents from the Property Registration Authority, which gave the impression that the mortgage had been paid off on the warehouse and that ownership of the property had been transferred to Mr O’Connell.

The court heard that the warehouse in question was never actually purchased and Mr O’Connell remains at the loss of €235,000.

Gda Behan said Russell was interviewed five times by gardaí and initially denied stealing or misappropriating any money but pleaded guilty to theft in March 2019.

He has nine previous convictions for minor road traffic offences.

Before sentence was passed Bernard Condon SC, defending, told Judge Greally that his client has a significant cardiac problem and has been advised to under an eight week cardiac rehabilitation course in Tallaght Hospital.

He said Russell is “very anxious to undertake the course” and asked for the case to be adjourned to allow him to complete this. Judge Greally refused to adjourn the case and proceeded to sentence.