Alan Cawley (32) given life sentence for killing Thomas and John Blaine, who both had special needs 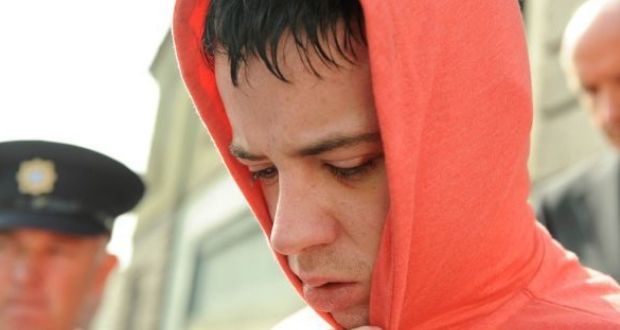 Alan Cawley (32) admitted killing Thomas Blaine (69) and John Blaine (76) but pleaded not guilty to their murder.

A Co Mayo man jailed for the murder of two elderly brothers with special needs must wait to hear the outcome of an appeal against his conviction.

The Central Criminal Court heard that Cawley had bludgeoned the men with a shovel and one of their walking sticks. He argued that he had three mental disorders which diminished his responsibility and he was therefore entitled to a manslaughter verdict.

However, he was unanimously found guilty by a jury and given the mandatory life sentence by Mr Justice Paul Coffey on July 25th, 2017.

Thomas Blaine (69) had schizophrenia and his brother John (76) had dementia, a tremor and a severe hunch in his back, having been involved in a serious accident on a building site years earlier. The brothers also had speech impediments and were under the care of the HSE. Cawley was released from Castlerea prison just four days before the murders.

Cawley moved to appeal his conviction on Friday in the Court of Appeal, where judgment was reserved.

Caroline Biggs SC, for Cawley, said the only issue raised by the defence in this “difficult trial” was that of diminished responsibility as Cawley had claimed he was suffering from a mental disorder at the time.

She said the only ground of appeal concerned the trial judge’s directions to the jury on the issue of intoxication, and the interplay between diminished responsibility and intoxication.

The trial judge told the jury that they had to “subtract” intoxication and had to consider what Cawley would have done without intoxication, in the context of a purported mental disorder.

Ms Biggs said the jury might have thought they had to exclude intoxication before considering diminished responsibility. She said the two could run together, or be live considerations at the same time.

She said the trial judge’s instructions to the jury suggested there was a burden on the defence to exclude intoxication first but there was no such burden.

Counsel for the Director of Public Prosecutions, Denis Vaughan Buckley SC, said the trial judge had given the textbook definition and was “completely correct”. One can be intoxicated and still have a mental disorder, he said. He said there was no request for the judge to clarify his direction at the time.

Mr Vaughan Buckley said Cawley had consumed three pints of stout and had purchased a bottle of wine earlier that day before the attack. It was not a substantial amount of drink “to some people”, he added. He said it was an “abominable assault” on two old men and the evidence was overwhelming.