Fred has a little bit of wisdom to add: COVID-19 has seen many people enter unemployment; more are furloughed while the frontline staff are working beyond what is comprehensible. For those people with “time” and especially if boredom is an issue I would suggest it is time for a little “lifelong learning”. This is the time to explore using the technology that we all have and the internet too. Most people have never been to the district court and therefore most likely have no knowledge of the “Poor Box”, the lawyers do An Garda Siochana do and it is the District Judge who decides when sentencing the accused who has been found guilty. The “Poor Box contribution” can greatly lessen the impact of the sentence and ensure that the person is not sent to prison, if they can afford to pay the contribution. Citizen’s Information is much under valued in Ireland. This is what it has to say about the “Poor Box”. The controversy about the Supreme Court , Judge Seamus Woulfe and Impeachment of Judges has failed to update its rule book since the Judge Brian Curtin case; the Government should review Judiciary’s system of legal governance and a good place to start would be with what exactly happens to the monies paid into the “Poor Box”.

Sometimes in criminal prosecutions heard in lower courts, the judge may order the defendant to place a donation in the court poor box in lieu of conviction. In other words, instead of being convicted and facing imprisonment or a statutory fine, the judge can order that the defendant donate a sum to a charity nominated by the judge. This sum of money is then lodged by the defendant with the court and paid over by the Fines Office of the Court to the charity in question.

There is no apparent law in place that gives the judge this discretion. The use of the court poor box, however, is a process that has evolved over the years. It appears to stem from the judge’s common law jurisdiction to exercise his or her discretion in imposing penalties and/or other conditions. In particular, this process often occurs in the lower courts (i.e., the District Court).

In 2005 the Law Reform Commission published their Report on the court poor box: probation of offenders (pdf). In February 2014 the Department of Justice and Equality published the General Scheme of Criminal Justice (Community Sanctions) Bill. This Bill proposes to abolish the court poor box and replace it with a statutory Reparation Fund that will apply to minor offences dealt with by the District Court. The Bill is being drafted by the Office of the Parliamentary Counsel.

Until new legislation is introduced however, the following information describes the current situation with regard to the court poor box.

The most common reason for making a decision such as this is that, in the opinion of the judge, while the prosecution has proven its case, it is not appropriate to enter a conviction. For example, the judge may anticipate that the defendant will not commit any other offence.

For example, on the one hand, it could be argued that the prospect of appearing in court is a significant deterrent from crime for some citizens. The fact that details of their personal lives and activities may become public knowledge can sometimes be enough to deter them from committing a crime again. In addition, having a conviction registered against you can significantly affect your life (i.e., employment prospects, career, business and social relationships, etc.). For this reason, where the court feels that the citizen will not re-offend, the judge can choose to impose a donation to the court poor box.

On the other hand, however, concerns have been expressed in Ireland as to the need to ensure equal treatment for offenders from different economic backgrounds. There is also a significant question as to the lack of accountability regarding the use of funds. For example, some people feel that having a court poor box is a way out of conviction for some citizens who can afford to pay the fine. Other individuals who cannot afford the fine may have no option but to have their conviction registered against them. There are also concerns that donations to the court poor box deprives the Irish Government of fines that should in ordinary circumstances be imposed.

There is currently no specific law governing court poor boxes. Where an accused makes a payment to the poor box, the judge usually applies the Probation of Offenders Act 1908 or imposes a suspended sentence. 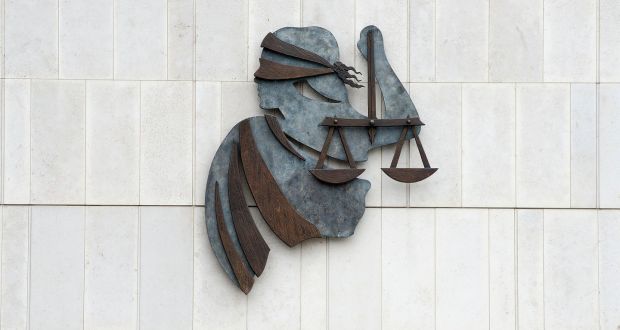 The scrapping of the poor box system and its replacement with a more transparent auditing system with monies to go to victims of crime was recommended almost 20 years ago. File photograph: Dave Meehan AddThis Sharing ButtonsShare to FacebookShare to TwitterShare to Email App

Almost €1.74 million was paid out from the court poor box to various charities in 2018, according to figures released by the Courts Service.

The sum is made up of contributions mainly in District Courts from individual offenders in mitigation or in lieu of conviction.

The hundreds of charities to benefit are at the direction of individual judges and in 2018 they ranged from cancer support organisations to local branches of St Vincent de Paul, as well as mountain rescue teams, Olympic boxing and GAA clubs. Some of the largest donations have been to international charities. Unnamed individuals also benefited.

The €1,736,538 figure does not include practices in some courts requiring individuals to make payments directly to named charities.

The scrapping of the poor box system and its replacement with a more transparent auditing system with money to go to victims of crime was recommended almost 20 years ago by the Law Reform Commission. In 2014, Mr Justice Gerard Hogan ruled that the use of the poor box for penalty point offences was specifically barred under the Road Traffic Act 2010.

Legislation to abolish the court poor box was promised early last year. The Criminal Justice (Community Sanctions) Bill is in train, the Department of Justice said on Tuesday.

In 2015 and 2017 more than €2 million was distributed to charities via the poor box system and since 2014 more than €9 million will have been paid in.

The court poor box has been used extensively in District 17 court office, representing contributions from the District Courts in Killarney, Tralee, Dingle, Kenmare, Cahersiveen and Listowel, traditionally accounting for the greatest single share of the overall figure donated each year.

The Tralee contributions were distributed across 66 beneficiaries with the bulk of the money going overseas. The Society of African Missions was last year assigned €116,200, followed by Sightsavers International with €60,000 donation and €50,000 to the Christian Blind Mission. The local Kerry Rape & Sexual Abuse centre, which has consistently called for a greater share, again received just €250. Five contributions ranging from €100 to €10,000 were made to unnamed individuals from the court poor box in Kerry.

Two years ago the council wrote to then Judge James O’Connor asking for a meeting on the matter, after a motion by Fianna Fáil councillor Niall Kelleher called for funds to be distributed locally.

When the 2019 figures are issued, they are likely to show a change in the application of the poor box. Judge David Waters, who is now the presiding judge in District 17, has been directing first-time offenders to contribute to the Garda Benevolent fund, in the case of public order offences and to the Cuan Mhuire addiction charity in the case of drugs and drink offences. Sums asked are €200 and €300 and individuals must make the payments themselves and bring in a receipt as proof before their matter may be struck out.

A spokesman for the Department of Justice said yesterday it was taking some time to draft new legislation because of the considerable changes involved in modernising the law for community sanctions.

The new statutory Reparation Fund to replace it will be more centralised, more transparent and will apply only to minor offences dealt with by the District Court. It will see a greater role for the probation service and community service, the department said.