Séamus Woulfe’s position is ‘untenable, but it may also be unimpeachable’ 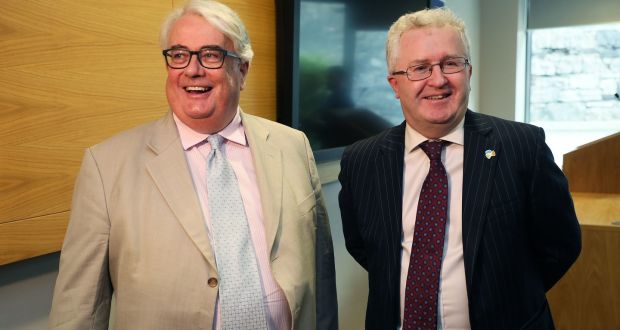 Chief Justice Frank Clarke (left) with then attorney general Séamus Woulfe at an event in Dublin in 2018. Photograph: Brian Lawless/PA

The decision of Chief Justice Frank Clarke on Monday to publish some of his correspondence with Mr Justice Séamus Woulfe over the Golfgate controversy initially provoked “shock and awe”, according to a senior counsel.

Since then, however, this has changed to “What is the Chief Justice at?”, according to the barrister.

No appetite to impeach Woulfe over ‘Golfgate’

The Supreme Court judge Séamus Woulfe looks set to avoid impeachment proceedings over his attendance at an Oireachtas golf dinner during Covid restrictions, with political leaders favouring a “period of reflection” before rushing to judgment.

Political figures say there is no appetite in the Oireachtas to impeach the former attorney general, noting no formal request to do so has been received from the Four Courts.

Speaking after a crisis meeting of political leaders on Friday, a senior Government source said: “No one has put down an impeachment motion and even if one is put forward, it would seem from the comments from the leaders that it may not pass.”