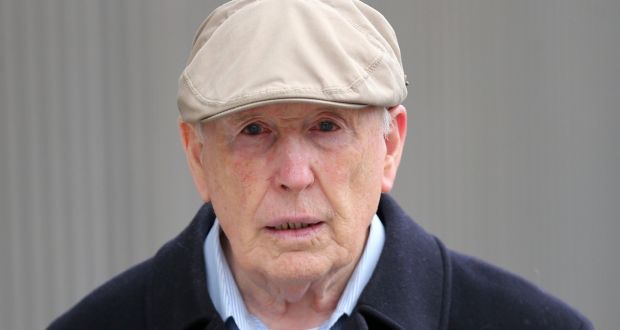 The Supreme Court has overturned the Information Commissioner’s decision requiring the Minister for Health to give a man a record of his meeting with a retired judge who reviewed allegations of sexual abuse against retired surgeon Michael Shine.

The court’s unanimous judgment involved it addressing, for the first time, the meaning of the phrase “any record held by a public body” in Section 6.1 of the Freedom of Information Act.

The appeal arose after the then minister in 2009 asked a retired judge, Thomas C Smyth, to review whether a further investigation into procedures and practices at Our Lady of Lourdes Hospital, Drogheda, between 1964-1995 to protect patients from sexual abuse while undergoing treatment there, and to deal with certain allegations of abuse against Dr Shine, would be likely to provide additional information and insights of benefit to patients and the public.

The judge’s review was non-statutory and the reviewer met with various persons, including a man who cannot be named by court order.

Written transcripts of those meetings were prepared and later stored with other documents and records delivered by the reviewer in sealed boxes to the Department in 2010 with instructions those may not be disclosed or opened except by a court order for discovery.

The reviewer said the records contained information given to him on foot of his assuring each interviewee their communications with him would be treated as confidential.

Without such assurances, he was satisfied many individuals would not have participated in the review.

The man later sought access to the transcript of his interview and, when the Minister refused, he appealed to the Commissioner who in 2013 directed the minister to provide the record.

The minister went to the High Court which decided in 2014 the record was not one “held” by the minister within the meaning of Section 6 and quashed the Commissioner’s decision.

In deciding whether to release the record, the decision maker has to decide if it is “held” by a public body and whether the applicant has a right of access to it. The word “held” is not defined for the purposes of the Act, she noted.

Lawful physical possession of a record is not enough, the record must also lawfully be held in connection with or for the purpose of the business and functions of the department.

In this case, there was a dispute whether the department had access to or control over the record.

The commissioner’s decision that, because the department physically had possession of the document, then it was “held” within the meaning of Section 6.1 involved an error of law concerning the true meaning of “held”, she found.

The department had told the commissioner the reviewer had said the transcripts were his property, for his exclusive use only and were not to be made available to those whom he met or anyone else, she said.

The commissioner erred in considering the department was entitled to access the record on grounds the reviewer had no statutory entitlement to withhold access to the department, she said.

The reviewer was conducting a non-statutory review and was entitled to settle the terms upon which he would get co-operation from persons who contributed to the review, she said.

The evidence constituted “objective justification” that the Department, in the absence of a court order, did not have the right to access the information contained in the sealed box, she ruled.

Issues such as confidentiality to the department or disclosure by it to third parties involved consideration of separate and distinct questions of whether or not the record is exempt from disclosure, she stressed.