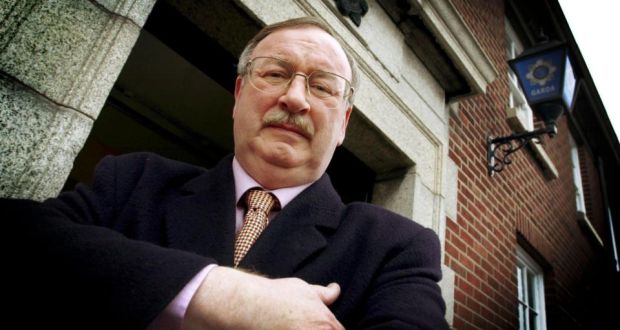 Gerry O’Carroll: “I am convinced that Ms Hayes did give birth to twins and was the mother of both the Tralee and the Cahirciveen babies,” the retired garda wrote in 2014. Photographed in 2001 by Alan Betson

At least the apologies to Joanne Hayes this week have shifted the focus to where it should be: on the role of the Garda. Hayes and her family always preferred to call it the Kerry Garda case rather than the Kerry babies case, and Hayes pointed out that when the tribunal report was published, in 1985, it “was made public with the same indifference to our feelings that we experienced throughout all our relations with the law”.

The tribunal was supposed to be an impartial attempt to establish the facts of how the Garda had handled the case and to investigate the circumstances leading to the charges against Hayes, allegations of Garda ill treatment of the family, and any other “connected and relevant” matters the tribunal considered necessary. It became, however, something entirely different.

Hayes was repeatedly forced to relive the harrowing experience of childbirth in a field and interrogated about how much she had bled before, during and after giving birth. She collapsed a number of times during the tribunal, was frequently sick and required sedation. Aggressive questioning sought to depict her as a woman of “loose morals”, promiscuous and “capable of anything”. She was interrogated about her menstrual cycle and use of contraception.

The man with whom she had been in a relationship, Jeremiah Locke, was asked at the tribunal, “Was she a virgin when you first had intercourse with her? How many other boys or men had Joanne had intercourse with other than yourself?” The Dáil committee on women’s affairs described the questioning of Hayes as “insensitive, harrowing, horrific and shameful”.

There were spectacular hypocrisies on display, publicly and privately, throughout. As recalled by Nell McCafferty in her brilliant book, A Woman to Blame, from 1985, “In the opening days of the ‘Kerry babies’ tribunal a married man went to bed in a Tralee hotel with a woman who was not his wife. He was one of the forty-three male officials – judge, fifteen lawyers, three police superintendents and twenty-four policemen – engaged in a public probe of the private life of Joanne Hayes. When this particular married man was privately confronted with his own behaviour he at first denied it. Then he crumpled into tears and asked not to be exposed. He had so much to lose he said. ‘My wife . . . my job . . . my reputation . . .’ He was assured of discretion. No such discretion was assured to Joanne Hayes, as a succession of professional men, including this married man, came forward to strip her character.”

The tribunal did not answer the most obvious question: how did detailed statements from the Hayes family, identical in details known to be false, come to be taken? The tribunal judge, Mr Justice Kevin Lynch, did, however, in summarising the findings, have this to say: “In support of the theory that Joanne Hayes had had twins, the gardaí resorted to unlikely, far-fetched and contradictory theories: first of one different father of the twins, not being Jeremiah Locke . . . second, superfecundation, or two separate fathers, one of each baby; thirdly, of Jeremiah Locke being the father of both babies but with bacterial contamination of the Cahersiveen baby’s lung specimen . . . causing a [blood] group ‘O’ to show as a group ‘A’; fourthly, that Joanne Hayes had had twins, but the Cahersiveen baby was not one of those twins and accordingly there was a third baby with injuries similarly to those of the Cahersiveen baby . . . Portions of the Garda report display a want of logic.”

In the aftermath of the report four gardaí were reassigned by the Garda commissioner, including Det Gerry O’Carroll, who had travelled from Dublin to Kerry to assist in the investigation. He claimed the authorities made him a scapegoat for deficiencies in the investigation, even though there was no overt criticism of the four officers who were reassigned. O’Carroll told the Association of Garda Sergeants and Inspectors in 1986 that he had been victimised and publicly humiliated because of political expediency and “to appease the bloodlust of the liberal wolves”. He received support from a number of TDs. He was moved back to the detective branch in 1986.

O’Carroll continued to insist Hayes gave birth to the Cahersiveen baby. As he wrote in 2014: “Over the years I have vehemently disagreed with a central finding of the tribunal: that Joanne Hayes did not give birth to twins. I am convinced that Ms Hayes did give birth to twins and was the mother of both the Tralee and the Cahirciveen babies. The only way to get to the truth of the Kerry Babies mystery is to exhume both infants and subject tissue samples to DNA analysis. This would prove, I believe, that Ms Hayes was the mother of both babies. My belief is based on evidence that was given at the tribunal.”

Given what Joanne Hayes was subjected to, surely Gerry O’Carroll now owes her an apology as strong as his insistence over the years that she was the mother of the Cahersiveen baby.