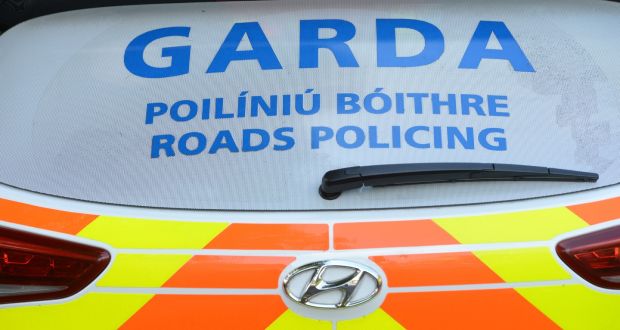 The event was ‘a disgraceful gathering of persons, despite the health advices in the last few days,’ the Garda said, quoting an inspector who attended the scene. Photograph: Dara Mac Dónaill/The Irish Times

Gardaí in Cork broke up a “car meet” on Saturday evening which was attended by over 250 vehicles and up to 800 people.

There was little evidence of social distancing, face masks or general compliance with public health guidance surrounding Covid-19, the Garda said in a statement.

The event was “a disgraceful gathering of persons, despite the health advices in the last few days,” the Garda said, quoting an inspector who attended the scene.

Car meets are typically gatherings of car enthusiasts in a public place such as a car park. Saturday’s event took at Eastgate Retail Park, Little Island, outside Cork city. It is understood it was organised through social media and on messenger groups.

There were some older males, aged in their 30s and 40s in attendance, some of whom had brought their children.

However most attendees were men and woman aged in their 20s. Participants travelled from the greater Cork area and various parts of Munster to attend, the Garda said.

“Gardaí immediately engaged with this large group and advised them to disperse, a direction which was complied with by all in attendance within a short period of time. There were no public order incidents and sufficient Gardaí attended the scene to effectively disperse the gathering.”

There was one arrest, that of a man aged in his late 20s. He was later charged and bailed to appear in the District Court. One car was seized under Section 41 of the Road Traffic Act 1994.

The Garda issued a reminder that many Covid-19 restrictions remain in place including a ban on organised events involving more than 15 people, something which can attract criminal sanctions.

“While this event appears to have been organised on social media, An Garda Síochána has and will continue to investigate any event held in breach of the Covid-19 regulations and advice will be sought from the DPP in each case.”

Despite the easing of travel restrictions on Friday, people still have personal responsibly to behave safety when attending events, the Garda said.

“These are not penal regulations, but they are public health guidelines which should be followed by all.”

“An Garda Síochána would like to remind the public that the Covid-19 pandemic remains a public health crisis and is a real threat to everyone, particularly the most vulnerable in our society. The virus is still spreading. It is still leading to serious illness and death.

“An Garda Síochána continues to appeal to all citizens to comply with Public Health Guidelines and Regulations in order to continue to save lives.

Fred says – mutation to SARSCoV2 ie Covid-19 in the UK. Panic prevails. We need to be alert. Flights, trains and boats face cancellation. Foolish people deserve these fines and more.

The organiser of anti-lockdown protests in which five police officers were injured and 29 people were arrested faces a fine of £10,000, the Metropolitan Police have said.

The woman was identified as the organiser of the demonstrations in which more than 150 people gathered on Saturday and marched through parts of central London – just as Tier 4 restrictions for the capital were being announced.

Several clashes occurred between officers and unmasked demonstrators, who chanted “we demand freedom”.

The Met said that the protest “endangered the health of Londoners” and that those arrested had been charged with breaching Health Protection Regulations.

It added that three men had also been charged with assaulting an emergency worker.

Christmas Fallah, 35, Joss Lillis, 27, and Leon Larose, 28, will appear at a London magistrates’ court in the new year.

The majority of the other 26 people arrested were issued with fixed penalty notices for breaching Health Protection Regulations, the Met said.

The protests came as Boris Johnson announced that several areas of eastern and south-east England would be placed under Tier 4 restrictions, the toughest in the UK.

At a press conference, Mr Johnson praised the “amazing work” of police and their “soft touch” approach to dealing with rule breakers.

Met commander Alex Murray said that he would make “no apology” for any enforcement action taken by officers.

“This protest was organised and took place just hours before further restrictions were put in place in London,” he said.

“Such action during an ongoing health emergency is reckless and we will enforce the law without hesitation in these circumstances.

“Most Londoners, while frustrated with the restrictions that we are all facing, will be disappointed that we are having to deal with such gatherings, and indeed with assaults on police officers who are working to keep the public safe.

“I hope these fines and criminal charges will send a strong message to anyone intent on selfishly endangering the health of others at this crucial time.

“The rules are very clear and our collective actions over the next fortnight will have a direct impact on how quickly our city recovers.

“If people make reckless decisions that risk lives, I make no apology for the enforcement action that will follow.”

Among those arrested at the protest was Andreas Michli – a gym owner from Wood Green, who refused to close the venue during the second national lockdown.

“I’m going to keep doing this until we’re free,” he said as he was led to a police van.