Castlerea Prison has been without a prison chaplain since early December because of the chaplain’s refusal to shave off his beard.

The chaplain, Deacon Seamus Talbot, has been denied entry to the prison following an order from the prison governor that anybody accessing the prison must be clean-shaven. This order was issued as part of a health and safety review around prison conditions during the pandemic.

Deacon Talbot, who is a part-time chaplain, refused to shave his beard, which he is understood to have worn for decades. As a result the governor declared that he would not be allowed entry to the facility.

The fallout meant the 340 prisoners in Castlerea did not have access to the chaplain through the religious occasions over the Christmas period.

When contacted about the issue, Deacon Talbot said he would prefer not to comment on the matter at this time.

He was ordained a deacon for the Elphin diocese in 2012. Deacons are laypeople who can undertake aspects of a priest’s duties, including officiating at weddings, funerals, and baptisms. 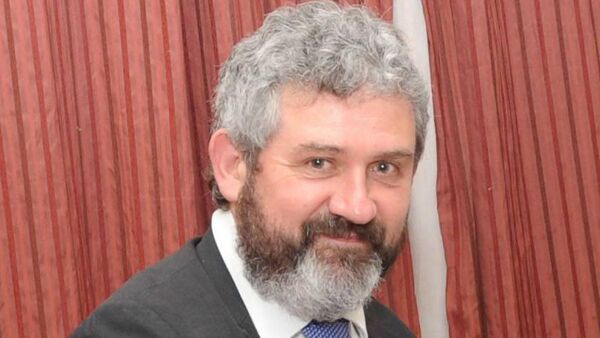 Seamus Talbot: Ordained a deacon for the Elphin diocese in 2012

The stand-off over Deacon Talbot’s beard developed soon after he took up his duties as chaplain in early November, following the retirement of his predecessor, Margaret Connaughton.

While prison officers are rule-bound to attend work clean-shaven, the application of the rule has not always been rigorously applied. However, in training for pandemic conditions last year, staff were informed that beards would interfere with the sealing of masks.

Prior to the current surge in the virus, prisons had been largely Covid free through the first nine months of the pandemic.

A spokesperson for the Irish Prison Service confirmed that as one of a number of Covid-related measures, all prison-based staff must be clean-shaven.

“A chaplain has recently been appointed to Castlerea Prison and the service to prisoners continues to be provided along with other services,” the spokesperson said.

Sources in the prison expressed surprise that a new chaplain has been appointed in recent days as this has not been announced to staff.

It is understood the appointment referred to by the Irish Prison Serivice is on a temporary basis until issues around Deacon Talbot are resolved.